EXCLUSIVE: Idris Elba’s ‘The Suicide Squad’ Character Will Have A Daughter-Could He Be Sportsmaster or Deathstroke

Exclusive: The GWW has learned James Gunn is currently casting another ‘The Suicide Squad’ role, in the form of Elba’s character’s daughter.

The codename for the character is “Drew,” which isn’t likely to be the character’s name in the movie. She will be a teenage thief who has minimal contact with her father, who is in prison. Elba’s character will also be a killer in the film. Below, we run down the possibilities of who Elba could be playing.

Given director James Gunn’s affinity for more obscure and wacky characters, Sportsmaster is a likely candidate for Elba’s character. In the comics, Lawerence Crock was the first Sportsmaster. He had a daughter, Artemis, who later broke him out of prison. There is also a version of Sportsmaster named Victor Gover, who served on the Suicide Squad for a short time. Grover is a former African-American football player who possesses photographic reflexes. If Elba is indeed Sportsmaster, the character is likely an amalgamation of Crock and Gover. 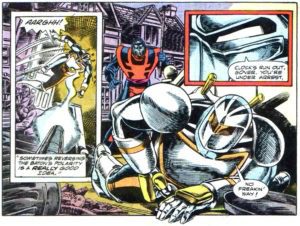 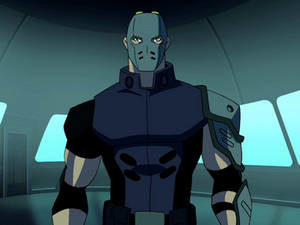 Deathstroke, a member of the Suicide Squad in more recent incarnations, has a daughter named Rose Wilson in the comics. Rose has a shaky relationship with her father, and it seems “Drew” and Elba’s character will have a similar relationship. There isn’t much more to it than that, so Deathstroke seems the most unlikely of the two possibilities. The fact that WB didn’t want to recast Deadshot gives the impression they may not want to recast Deathstroke either. 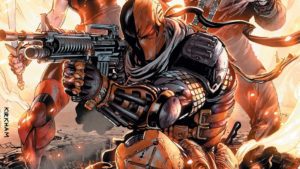 A character who doesn’t have a daughter

It’s also possible that they are giving a daughter to a character who doesn’t traditionally have one in the comics.

‘The Suicide Squad’ is written and directed by James Gunn, and stars Idris Elba, Margot Robbie, and Viola Davis. It is set to hit theaters in August 2021.

OmegaU Exclusive
Add your voice!Join the conversation on Discord...
Join Our Discord