With ‘Titans’ having aired two seasons and being renewed for a third, we thought it would be a good idea to interview Superboy actor Joshua Orpin! Enjoy!

Emre Kaya (Geeks Worldwide): Did you read comic books to prepare for the role? What do you think of the comics (compared to the show)?

Joshua Orpin: Absolutely. Literally within an hour of finding out I had been cast, I was in my local comic book store asking for all the Superboy and Teen Titans books. I was already aware of the character, but the version with which I was most familiar was the leather jacket-wearing bad boy of the ’90s (the Karl Kesel iteration). I wanted to have a much more comprehensive understanding of the character and his history, so I focused on reading a lot of the Geoff Johns stuff as well as checking out the newer stories such as the New 52 origin series. Our show is obviously hugely influenced by Geoff Johns, and I think for the most part we’re able to keep the core of each character very faithful to the source material. The great thing about Titans is that the writers aren’t completely bound to the comics, they have the freedom to craft new storylines and essentially cherry-pick whatever they like from the huge range of books.

GWW: Titans is your first big show and your first time as a series regular. How does working on this show differ from the other shows and/or movies you’ve worked on?

JO: Stepping onto the Titans set for the first time blew me away. The massive sets themselves, the number of people and moving parts of the production - nothing I had done before had come close to the sheer scale of this. I was very pleased to notice that when it was time for me to step up and do my thing in front of the cameras, I was largely unaffected by all the razzle-dazzle and performing had the same kind of feeling as it always did - it was fun!

GWW: Titans is known for being a much darker and edgier take on the world of DC comics, but Superboy is a member of the “Super-” family. He’s supposed to stand for hope. Will we see Conner’s journey to becoming a symbol of hope for the team and the rest of the world?

JO: The thing about our Conner, is that right now he doesn’t know who he’s supposed to be or what he’s supposed to become. Imagine your parents are respectively the greatest superhero the world has ever known, and one of the most intelligent, malevolent minds on the planet. I think he’s justified in being a little confused… At the end of Season 2, Conner wears the S, but to be honest I’m not convinced he’s earned it. The only family he knows are the Titans, and I think he’s only taken his very first steps on the path to understanding what it means to be “Super”.

GWW: What do you like the most about your character?

JO: So many things! I like that he’s iconic, and has a rich history in comics and animation. I like his association with Superman; it’s a never ending struggle for Conner to forge his own identity, he’s perpetually in the shadow of the Man of Steel’s colossal legacy. I like that he has an extraordinary capacity for good, and for evil. That internal conflict is fascinating to me. Nothing is black and white to him, and yet everything is. I like that he takes things at face value and is forced to learn from experience. Most of all, I love how much room he has for growth. That’s how I know that I’ll never get bored of playing him. 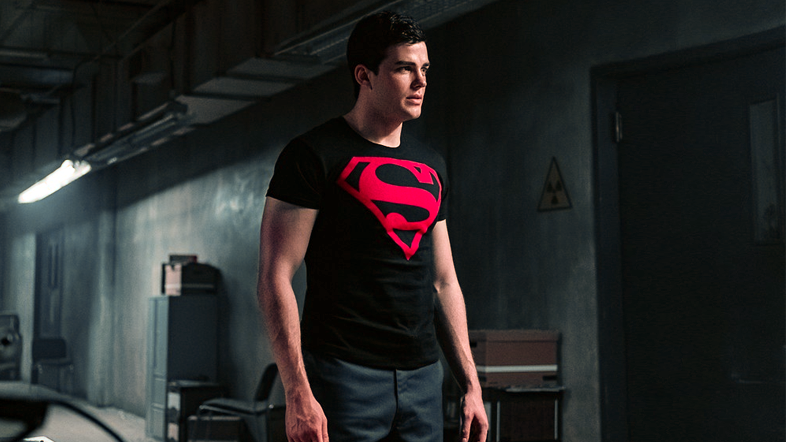 GWW: Which Titan are you most excited for Conner to interact with?

JO: We had some great moments this season with Gar and Dick, but I think it would be really interesting to see how Conner’s relationship with Kory continues to develop. They’ve had some intriguing interactions already, and in terms of being alien to Earth, Kory is the only other person (bar Superman himself) who could understand what it’s like. I think there’s a lot more to be explored there!

JO: It’s simpler than you might think… I believe that every one of us has an inner child, and for me playing this role, it was only a matter of letting my own inner child take the wheel. Sometimes it can be as simple as staying curious or paying attention to things we might normally take for granted. Conner is naive but by no means unintelligent, so it’s not like he’s a totally blank slate - he’s just emotionally immature and lacks life experience. Oddly enough, I found myself drawing many real-life parallels to Conner’s story which greatly facilitated the process. I found myself thousands of miles from home, in the midst of an array of new people and faced with the huge challenge of playing “Superboy”. I had to find my place in the team and had so much to learn! So you see, Conner’s predicament wasn’t so different from my own.

GWW: What about Krypto? What is having a dog sidekick like? Almost all of your scenes feature Krypto.

JO: It was the ultimate learning experience. We had three dog actors playing Krypto - Wrigley, Digby, and Lacy - each with their own skills and personality. I knew that this was going to be arguably the most important relationship in the show for Conner, so I made every effort to get to know the pups! It was a blast. Especially for my first episode, I had a canine scene partner every day. Obviously the trainers can’t be on camera, so I had to become a pseudo dog trainer myself. The dogs and the entire Krypto team are legends, I’m in awe of what they accomplished and they deserve every bit of the love they’re getting from the fans.

GWW: After Titans season 2, you got a lot of new fans. Besides season 3, what other series and/or films can we expect to see you in?

JO: We shoot for nearly 8 months out of the year so Titans is pretty much a full-time job at this point. Nevertheless, I try to stay busy in-between seasons, and above all, I love working at home in Australia. Most recently I appeared briefly in a brilliant Aussie series called Upright. It’s authentic, funny and moving - I definitely recommend checking it out!

‘Titans’ has aired two seasons, with production starting on season 3 in late-March.  Season 3 will bow out in fall 2020.