EXCLUSIVE: Marvel Studios Casting A Possibly Asian Character Described As A Ruler Of An Ancient Kingdom; Will Namor Be In Phase 4?

UPDATE: Marvel Studios is also casting a “General” to go alongside the ruler “David” (still leaning towards an Asian actor).

Exclusive: An upcoming Marvel movie is casting a character who sounds suspiciously like Namor, King of Atlantis.

The character, codenamed “David,” is described as a “ruler of an ancient, distant kingdom.” The studio is searching for an actor preferably of Asian descent.

Everything below this point is pure speculation.

Now, there’s a lot going for it to be Namor. Atlantis is very ancient kingdom, and given that it’s at the bottom of the ocean, it’s definitely distant. But on the other hand, Namor will possibly be featured in ‘Black Panther 2’ (in ‘Avengers: Endgame’, Okoye mentioned underwater earthquakes off the coast of Wakanda), which is currently only in the outline phase, not the pre-production phase. This means the character has to be in ‘Shang-Chi’, ‘Doctor Strange 2’, or ‘Loki’. A while back, ‘Doctor Strange 2’ director Scott Derrickson tweeted (and then quickly deleted) a photo of the Sorcerer Supreme with Namor, so he could pop up there. Given that the studio only “preferably” wants an Asian actor, ‘Shang-Chi’ doesn’t really fit. And if it’s for ‘Loki’, the character likely isn’t Namor. So at this time, the most likely possibility is Namor in ‘Doctor Strange In The Madness Of The Multiverse’. Nightmare, the ruler of the Dream Dimension, is another possibility, if he’s the villain in  ‘Doctor Strange 2’. If it isn’t Namor or Nightmare, the other strongest possibility is an original or incredibly obscure character in ‘Shang-Chi’. 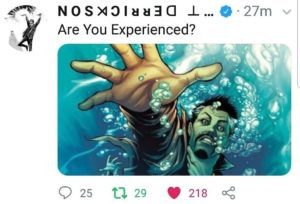 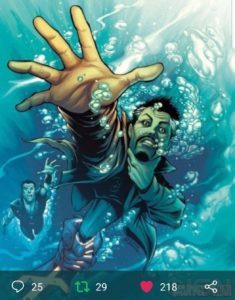 ‘Doctor Strange 2’ hits theaters in May 2021. Scott Derrickson is directing with a script from C. Robert Cargill. Benedict Cumberbatch and Elizabeth Olsen will reprise their roles as Doctor Strange and Scarlet Witch, respectively.

Namor OmegaU Exclusive
Add your voice!Join the conversation on Discord...
Join Our Discord