Sources close to GWW have confirmed that WB Montreal’s new Batman game is a “soft reboot” of the critically acclaimed Batman: Arkham franchise.

This will come as a shock to some who were hoping to see a continuation of the popular franchise. A sequel to Arkham Knight was considered early on, with Bruce Wayne’s son, Damian, taking over the cape and cowl. This was was cancelled before WB Montreal got a chance to announce it at The Game Awards in 2016. What followed was a string of different ideas and management shifts before the studio decided to settle on a fresh start, away from the Arkhamverse.

The new Batman game will kick off a new, somewhat cohesive DC Game Universe. Shortly after it’s release this Fall, it will be followed up by a next-gen DC game from the creators of the Batman: Arkham franchise, Rocksteady Studios which we’ve heard is a new Suicide Squad game. The roadmap from there is foggy; sources have said that a next-gen Superman game (NOT ROCKSTEADY) is also in the works at WB, but nothing confirmed yet.

Details on the  story, plot, and gameplay are being kept tightly under wraps. We know that it will feature a playable Batfamily, the infamous Court of Owls, and have the introduction of co-op into the franchise. 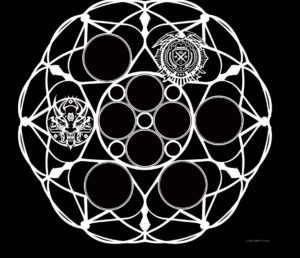 WB Montreal first teased this new Batman game back on Batman Day in 2019 with a symbol of the League of Shadows’ Demon Head. Four months of silence ensued, and it was followed up by another symbol, presumably that of the GCPD. It’s unknown if these symbol drops will point to a reveal date, or even how long it will go on, but you can be sure that we’ll hear about it soon enough.