I want to start this review by comparing Fallen Legion Rise to Glory to a Transformers movie, its full of action, fun set pieces but it lacks the story that many games have. My first hour with this game I realized something, Fallen Legion would not be an easy game to master. Fallen Legion Rise to Glory is an awesome, fast-paced action RPG, where you are controlling up to four party members at the same time. The combat is intense, its fast, and its fun and it doesn’t overwhelm the player.  Every button in this game has its function and every button its attached to a character and its a sense of control that I haven’t felt in a game in a while. For example, I wanted to use my range character at the back of my party and I was able to do just that and have my range character be my Y button. If I wanted to switch my loadout at the beginning next dungeon, I could do that, and its that sense of freedom that makes this game so enjoyable.

If I wanted to switch where my character stood in the middle of the battle all I had to do was hit the bumper button and my character would go from being in the back to the front, I could adapt according to the battle. Each battle of Fallen Legion plays differently, and you get to choose that by how you decide to tackle each battle. One of my fears as I started playing Fallen Legion was that the combat would get repetitive but, oh boy, was I wrong. Not only does Fallen Legion have one of the deepest combat systems I have played, but it also introduces gemstones in the game which affects your character and you get to build it to your liking. In the middle of battles you are introduced to moral choices. In these choices you have to choose what do to for example you can execute a prisoner, interrogate, or release this prisoner. Each of these choices are presented to you with a perk for your character or a relic that you can use in battle. Not only do these choices affect the way that you play but they also affect your story. The morale system is a great addition to the combat system and it is one that adds weight to the player. As you progress through the story you unlock new abilities and new characters all of which play differently from the previous characters or abilities. 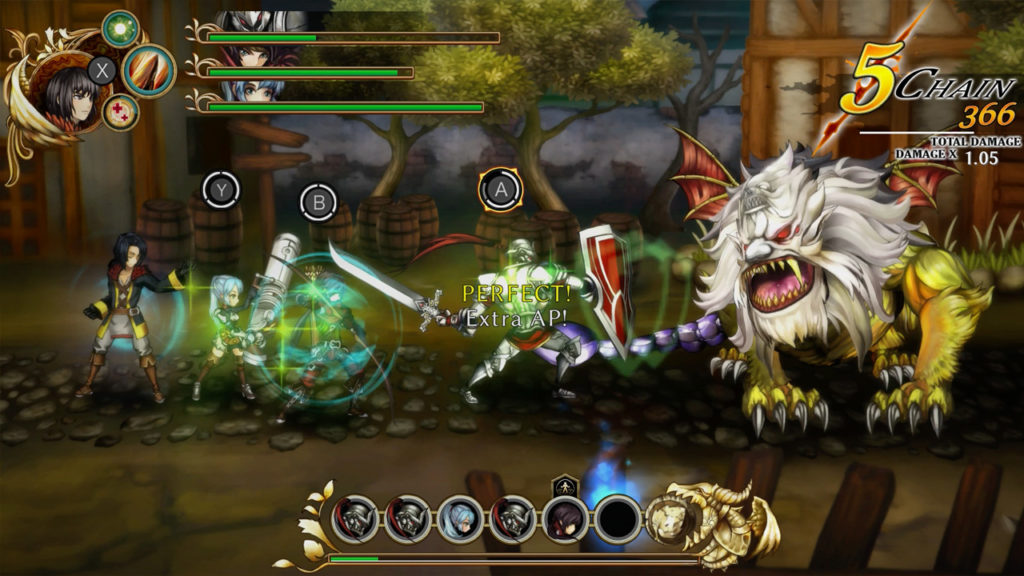 Fallen Legion Rise to Glory is a compilation of two games, Flames of Rebellion and Sins of an Empire, both of these games tell a different story but the story is not the reason why you play these games trust me. I tried to keep up with the story but when the combat of the game its so damn good, it was hard not to just press A to skip the long dialogue scenes. Like I mentioned at the beginning of this review Fallen Legion is like a transformers movie its fun but you are not there for the story, but if you are willing to sit through the long dialogue scenes then you will find a rich story of a prince trying to restore his empire and a princess trying to protect her people. 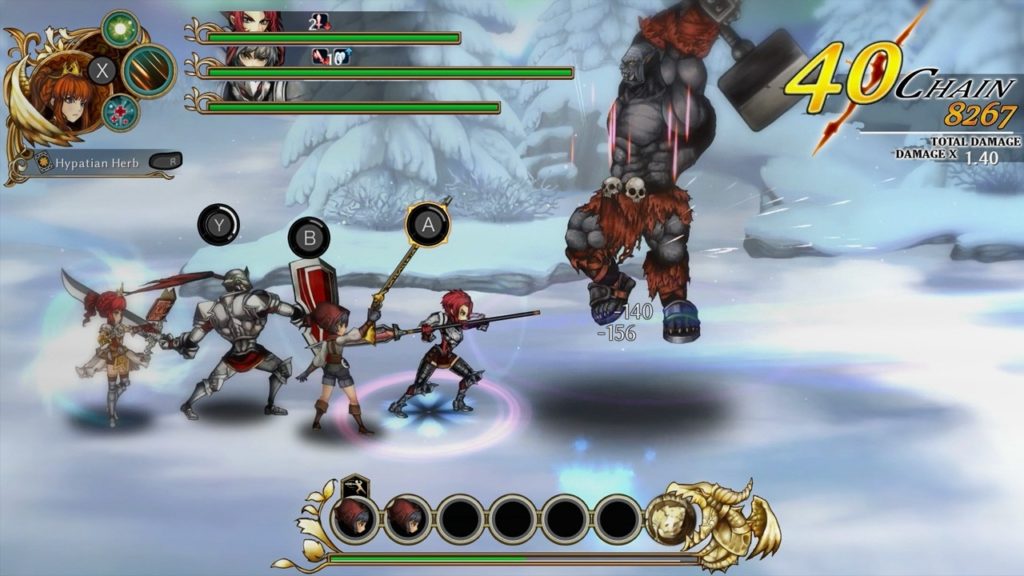 The market is saturated with “big” games right now, with the likes of God of War, Monster Hunter, or whatever big triple-A game comes to mind, Fallen Legion made me forget about all those games as I was immediately addicted to its gameplay. I seriously cannot put Fallen Legion down. The fact that each dungeon can be completed in a swift amount of time makes it a great game to just drop in and out . I’ll stop beating around the bush, go and play this game right now. It’s totally worth it, not necessarily for its story but for its combat and the depth that each character brings to the table.