While the superhero genre has been dominated by big-budget live action films in recent years, there have been many animated adaptations as well. Most recent ones have been direct-to-video (such as DC’s Original Animated Movies line), but a few have been released in theaters as well.

In 2014, Disney Animation brought to life Big Hero 6, based on the Marvel comic book of the same name. Meanwhile, Warner Bros. is releasing The LEGO Batman Movie next year, while Sony will debut an animated Spider-Man film (rumored to star Miles Morales) in 2018. Even Batman: The Killing Joke grossed an impressive $3.8 million from a two-night theatrical run in North America.

So, where can animated superhero movies go next? There is an unlimited number of options presented in both DC and Marvel’s comic book histories, with countless characters and story arcs that can be adapted. There is plenty of potential in telling these stories in animated form, and studios should be utilizing it more often for the big screen.

Below, I’ve compiled a list of five ideas for animated comic book movies.

The Nova Corps was introduced in 2014’s Guardians of the Galaxy, establishing the group’s existence in the Marvel Cinematic Universe. Fans have wanted to see Richard Rider, arguably the most famous Nova, in a movie for some time. But there seem to be no plans to introduce this particular character anytime soon. In the meantime, why not have Nova star in his own animated movie? And by Nova, I mean Sam Alexander, a more recent creation for Marvel Comics.

Sam is a fifteen-year-old who becomes a member of the Nova Corps. He first made his debut in 2011. He is also a regular character on the Ultimate Spider-Man animated series. An animated Nova movie starring Alexander would (hopefully) be well received by kid and teenage audiences, and it would put some focus on one of Marvel’s newer heroes. It would also give more exposure to the Nova Corps.

Regardless of whether or not Richard Rider joins the MCU, it would be cool to see Alexander get the spotlight in his own animated film.

Patrick “Eel” O’Brian was originally a Quality Comics character, before being picked up by DC in 1956. Since then, the character has appeared in a variety of comics and animated projects for DC Entertainment. Plastic Man is a very cartoonish character; he has a quirky and offbeat sense of humor, while his superhuman elasticity allows him to shapeshift and more.

The Wachowskis were once attached to direct a live action Plastic Man movie, and they were even talking to Keanu Reeves about playing the title role. But obviously, that never happened. So, how about a fully animated film? It may be easier to depict Plastic Man’s powers in this format than in live action, while his personality would make for an engaging movie. Plus, it doesn’t look like either DC Films or DC’s television shows will feature Plastic Man anytime soon (if ever).

Warner Bros. Animation has been beefing up its film slate in recent years, with 2018’s S.C.O.O.B. (which will unlock a Hanna-Barbera universe) and the LEGO franchise. So, it’s only inevitable that they’ll tackle DC sooner or later. Enter Plastic Man.

Back in 1986, Universal and Lucasfilm released the infamous Howard the Duck film, which was a critical and financial failure. However, the character later returned in the post-credits scene of Guardians of the Galaxy. So, Howard is out there in the MCU. Since then, Marvel has put the spotlight on Howard with new comics, merch and appearances in Disney XD’s animated shows.

Marvel is probably not going to release another live action Howard the Duck movie anytime soon (if ever), so how about an animated one? Imagine a Disney Animation-produced movie starring Howard, a private investigator working on various cases within the Marvel Universe. They can even take inspiration from the 2015 comic book series. It would be a truly bizarre and unique film, if done right.

(Plus, fun fact: The 1986 movie was originally going to be fully animated. However, it was changed into a live action feature when Universal picked it up.)

If Howard the Duck was to return to the big screen in any form, there are worse options than a full length animated feature. 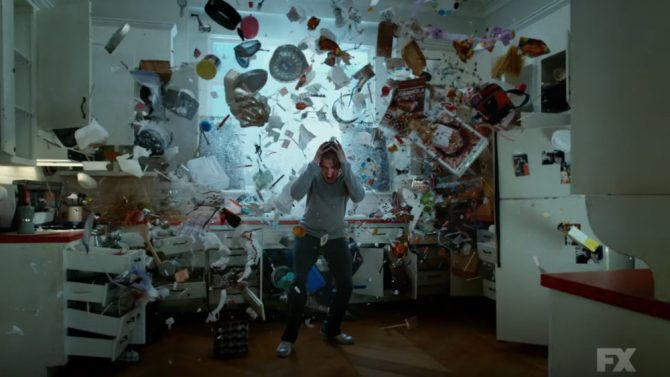 The Legion of Superheroes is a team of heroes originating from the future in the DC Universe. The group is known for its connections to Superman/Superboy, and there have been several different iterations over the years. A live action film starring this team was rumored a couple years ago, but nothing official has been confirmed. Since then, the Legion has been referenced a couple times on television shows The Flash and Supergirl.

If Warner Bros. doesn’t put out a live action Legion film, then an animated movie is a possibility. The Legion’s mythology is rich, leaving plenty of directions to choose from – with or without Superman. An animated film could even serve as a way to test the waters, if there really is interest in incorporating the Legion into the DC Extended Universe. At the same time, however, the Legion is perfectly capable of having its own animated franchise.

Finally, we have Marvel’s First Family. The Fantastic Four film series has struggled in recent years, peaking in the massive failure of last year’s reboot. So, the franchise’s future is unclear. Will the rights revert to Marvel Studios, implementing the team into the MCU? Or will 20th Century Fox eventually make another film, retaining these rights? Regardless, maybe another live action movie isn’t the way to go.

A fully animated Fantastic Four movie would be a lot of fun. If Fox keeps the rights, then have Blue Sky Studios (Ice Age, The Peanuts Movie) make the film. It would give the studio a new potential franchise. On the other hand, if the F4 rights revert to Marvel, then have Disney Animation take a crack at it. Just avoid similarities to Pixar’s The Incredibles, and you’re good to go.

In the animated medium, the Fantastic Four could truly thrive. Seeing the team’s powers in this format would be dazzling, while it could really appeal to the general audience in a way that the other films didn’t. Fingers crossed that either Fox or Disney/Marvel will utilize this option someday.

What animated superhero movie would you like to see?