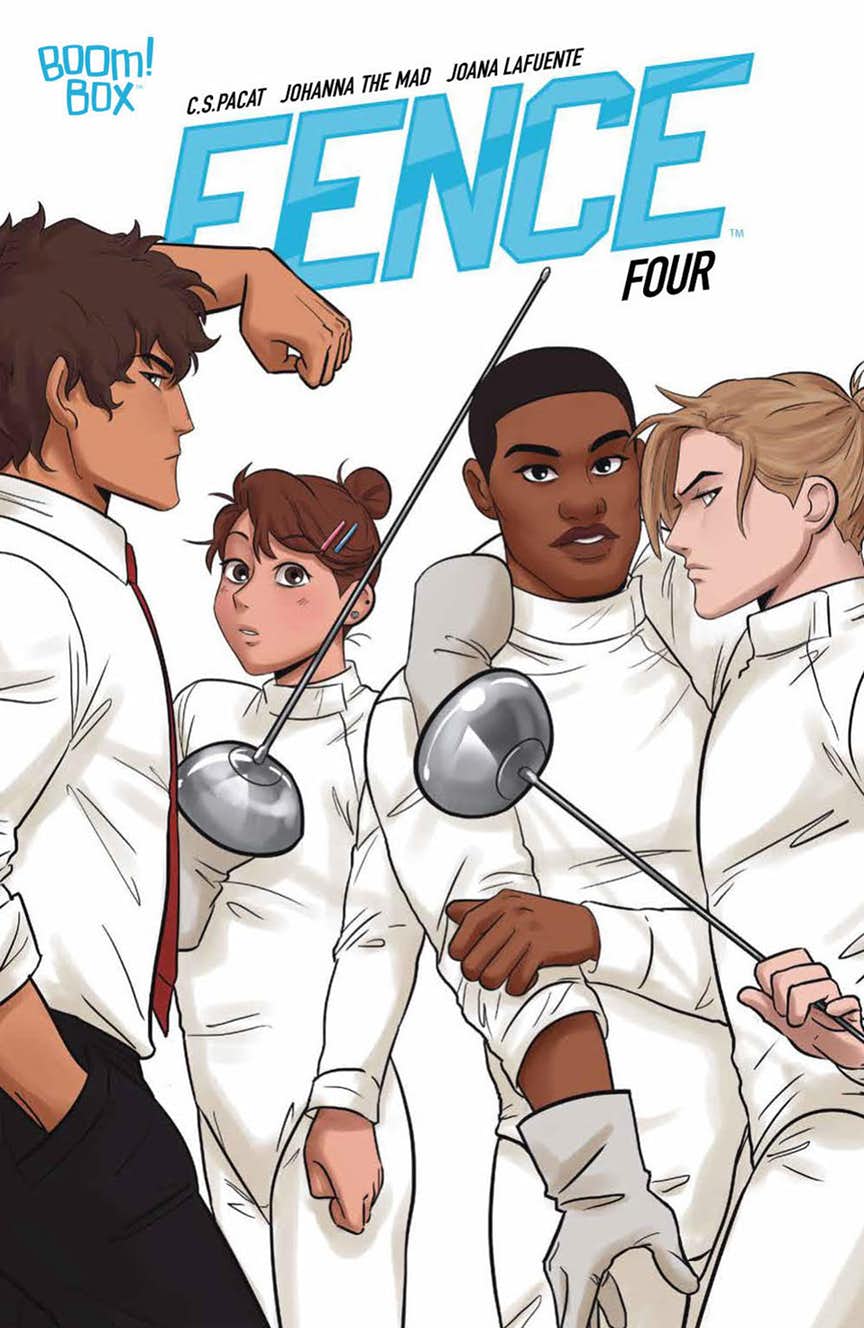 In Fence #4 Nicholas is setting up to have his first match at the new school as he trains to earn his spot. If you’re not familiar with Fence by now, it’s a sports comic with a little bit of melodrama. I would say the best thing about this is how Nicholas isn’t exactly written as a prodigy but just a guy that is trying and has a lot of self-doubts. Even with that though, he is still recognized by his coach and by the arrogant Seiji that he does have something going for him in the sport of fencing. The thing about Nicholas though is that he isn’t even an all-around likable character, he has some selfish motivations while the man he chooses as a rival may be a jerk, Seiji shows that he is just as serious about this sport with the constant training he puts himself through. We don’t know much about Seiji outside of some surface level stuff such as his dad being a great fencer too, but perhaps Seiji has some motivation to be the best due to his family’s legacy. I do think there is more to him than what is being led on at this moment. 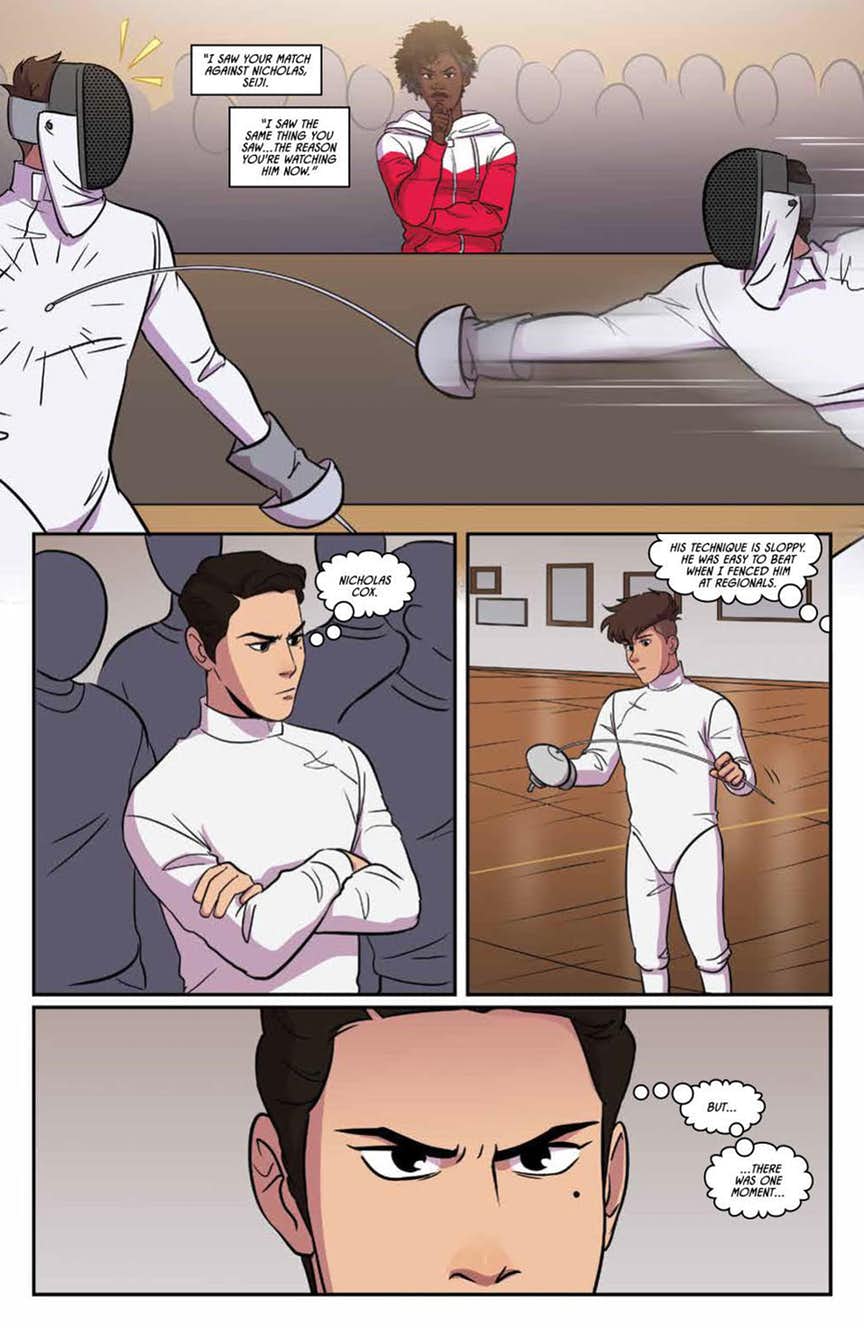 I also really enjoy Bobby, who seems to be Nicholas only real friend at this school right now. Bobby is very upbeat and even though she lost her duel in this issue, she isn’t letting it keep her down because he knows he’s improving. I’m glad to see Bobby written out more than just a comedy relief for the book. I think one of the best parts of Fence #4 is how Nicholas mentions that even though the coach is trying to keep everyone’s heads up from their loss, he knows that everyone here sees who really won and lost in their own heads. It’s as if fate has already decided for them but I think that’s a part of what these characters need to realize to keep them motivated to keep trying harder. Most of them have to make sure they stay on top of their craft and you can see early on who is willing to train to reach the top or stay at the top.

Fencing is a sport that I have never watched personally but this sports story utilizes it well drive characters through a personal journey where you’re interested to see where everyone will end up and not just our main guy Nicholas.