A Star Is Born Review

Bradley Cooper and Lady Gaga star in the highly anticipated remake of A Star Is Born, a film documenting the rise and fall of country rock star Jackson Maine (Cooper) and young singer/songwriter Ally (Lady Gaga). The film is the fourth remake of a story that dates back to 1932 and focuses on fame, fortune and Hollywood - much like La La Land, this film has a very classic feel but an equally distinctive style of its own. Cooper keeps the story close to the source material, but in turn brings a very real, emotional and most importantly genuine, turn to the love story.

A Star Is Born marks the directorial debut of Cooper and the first major film role for Lady Gaga, and boy do they both shine! Cooper plays Jackson Maine, an aging country music star, complete with grizzled beard and rancher’s hat, who suffers from tinnitus and is slowly losing his hearing. To cope with his condition, Maine regularly turns to his addiction to prescription drugs and alcohol to get him through a gig - if you’re a fan of Nashville, picture Deacon Claybourne! As he’s stumbling around, searching for his next drink in a random dive bar, Maine meets Gaga’s Ally, whose performance of “La Vie en Rose” utterly captivates him. Ally works as a waitress and lives with her dad - her dream of becoming a singer songwriter is slowly fading away as she’s constantly told that she has a great voice, but doesn’t look the part. Maine gives Ally her first big break by inviting her onstage to sing a rendition of the song she recently wrote, “Shallow” - kickstarting their whirlwind romance touring up and down the country. That’s until Ally gets noticed by Dez (Rafi Gavron), a label record manager, promising her fame and fortune - spiraling her to stardom, while Maine’s career tumbles as he spirals into alcoholism… 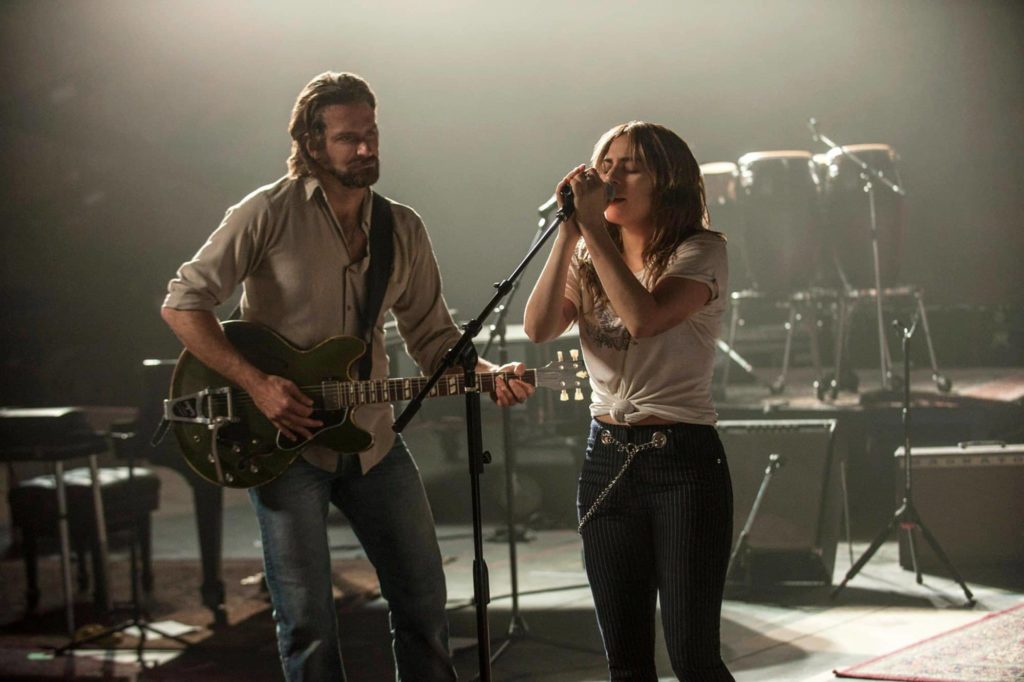 Bradley Cooper is phenomenal as Maine, a man who’s wrestling with addiction, waning fame and the fact that he’s slowly losing his passion and hearing. His performance is raw, honest and heartbreaking - much like Joaquin Phoenix’s turn as Johnny Cash in Walk The Line. Cooper superbly brings to life Maine’s inner struggle as he watches someone he loves so much become more successful than himself, but also change along the way. The scenes in which Jackson jealously smears cake on Ally’s face and even calls her ugly while drunk is shocking but feel so real - he realizes he’s losing her to the industry as they mold her into a ‘pop star’. It’s a damning commentary on the entertainment and music industry and their treatment of female stars needing to fit a certain look and sound to become successful (and profitable).

But the star of the film truly is Lady Gaga, she really is a revelation. Her transformation from the often provocative persona of Lady Gaga to Ally, complete with no makeup and brunette hair, is a vulnerable and surprising turn. In one scene Ally explains to Jackson that she’s been told that her nose is too big, leading me to wonder whether a lot of the character is based on Lady Gaga’s own experiences and journey in the music industry. The highly anticipated performance of the song “Shallow” really is a standout here and the pop star definitely doesn’t disappoint! As soon as Ally grabs the microphone with both hands and belts out “I’m off the deep end, watch as I dive in, I’ll never meet the ground” you’re hit with sudden goosebumps - it truly is a special moment! Cooper certainly holds his own with Gaga though - where has he been hiding that voice all this time?! 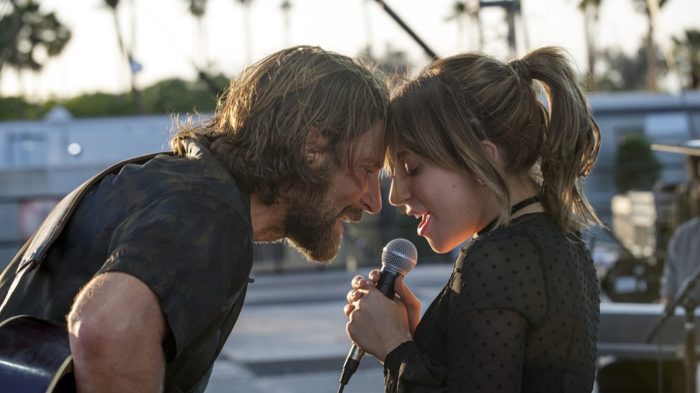 For a directorial debut, A Star is Born is a very well shot film and has it’s own distinctive and unique style - excelling most in the neon lit bars and hazy stadium stages, closely framing each of the stars. The way Cooper has shot the stage performances really brings the audience onstage with Jackson Maine, making you feel like you’re right there in front of the huge crowds. The opening to the film feels like an actual music video or documentary as Cooper picks up his guitar, swallows some pills and blasts out his first rock song - the music and crowd are so loud you genuinely feel like you’re at the gig. I also thought the sound was cleverly edited, mainly when the camera was tracking Maine, muffling out the sound of the crowd and replacing it with the ringing in his ears. I can’t review this film and not mention the fantastic soundtrack - as much as I listened to the soundtrack from La La Land last year, I’m definitely going to be listening to this on repeat when it’s finally released! Don’t worry though, “Shallow” is already on Spotify and YouTube if you need your fix after watching this film! I’d genuinely be surprised if it wasn’t nominated for Best Original Song later on in the year.

A Star Is Born is a phenomenal directing debut from Bradley Cooper featuring Oscar worthy performances from the two leads and an outstanding soundtrack. I was genuinely surprised and blown away by this film, especially by how emotional it was - I haven’t ugly cried at a film like that in along time! Yes the story is maybe a little predictable and dramatic at times, but it’s such a raw, powerful and believable relationship - I completely became wrapped up in it all very quickly, proving the surprising pairing of Cooper and Gaga a complete success.

A Star is Born Bradley Cooper film lady gaga review
Add your voice!Join the conversation on Discord...
Join Our Discord