FIRESTORM JOINS THE FIGHT IN INJUSTICE 2

As we get closer and closer to the release of Injustice 2 on May 16th, the character reveals are making us really impatient. With fan favorites such as; Swamp Thing, Dr Fate, Damian Wayne and Captain Cold being on the roster, now we welcome FIRESTORM to the fight !

How AWESOME does Firestorm look? As seen in the video, he’s shown to be a long range type fighter; throwing his iconic fireballs and torpedoes. The character is based on the Jason Rusch version of Firestorm. 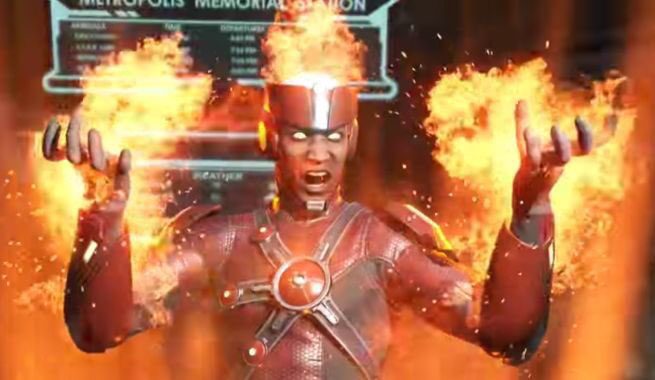 We got more of a character reveal, rather than an introduction to the character and his move-set. In the near future, it’s possible Firestorm will be showcased in a story mode trailer; connecting us more with the fighter.

A fan favorite indeed, Firestorm in Injustice 2 will undoubtedly be a force to be reckoned with. Who will you like to see in Injustice 2? Let us know in the comments! For more information on Injustice 2, such as character reveals, updates and more , be sure to follow us @The_GWW,  @NetherRealm and @InjusticeGame on Twitter.