When talks of a Freddie Mercury biopic surfaced, fans flocked to the internet speculating who could portray the iconic Queen frontman. Who could possible capture this one-of-a-kind look, personality and most importantly, the voice? When Mr. Robot’s Rami Malek took on the role, there was some skepticism on whether he could fill the shoes of the iconic vocalist.

Well, this week Entertainment Weekly has revealed the first look at Rami as Mercury and it’ll certainly cause you to do a double-take. Sacha Baron Cohen and then Ben Whishaw were previously attached to the role, and honestly from this photo alone, I think the studio made the right decision with Malek. For those unfamiliar with the star, Malek is currently starring in USA’s Mr. Robot, which is going into this third season. Malek won an Emmy for the role.

During an interview with EW, Malek recalled the process when getting into character, “When you’re able to open your eyes and see a different person staring back at you in the mirror. it’s a very affirming moment.”

Now, I’m sure many fans are still wondering, can Malek sing? Well, it appears the film with feature both Malek and Mercury’s voice. On the subject, Malek states, “We’re going to use Freddie as much as possible and use myself as much as possible. I’m in Abbey Road [Studios] right now if that should say anything to you. I’m not working on my acting.” 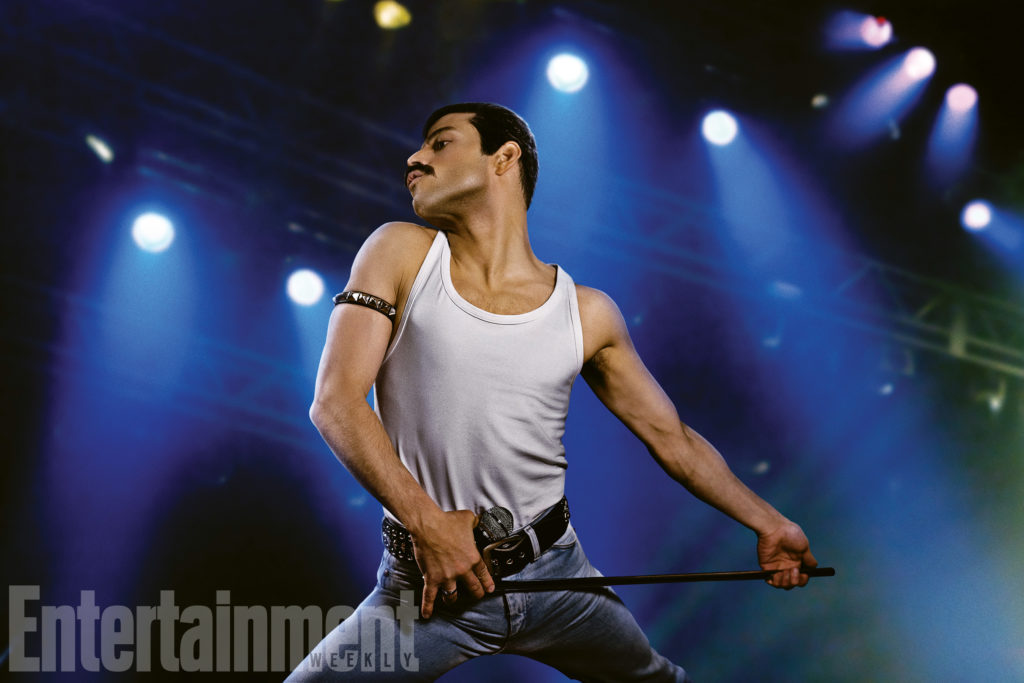 Bohemian Rhapsody chronicle of the years leading up to Queen’s legendary appearance at the Live Aid (1985) concert in 1985. The film stars Rami Malek, Joseph Mazzello, Allen Leech and Ben Hardy and is directed by Bryan Singer. Bohemian Rhapsody is set to hit theaters December 2018.

What are your thoughts on Rami as Freddie Mercury?

Personally, I think he is going to fuckin’ rock it. Now excuse me while I jam News of the World on repeat. Enjoy.