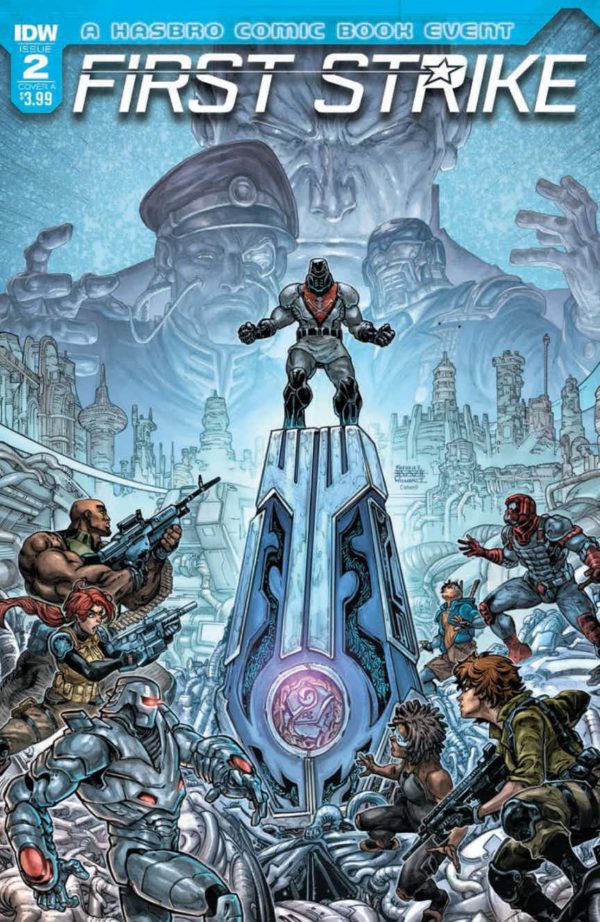 Written by: Mairghread Scott and David A. Rodriguez
Art by: Max Dunbar
Letters by: Tom B. Long

After a quick recap the G.I. Joe team of Scarlett, Roadblock, Quick Kick, Doc and Lady Jaye are at the Swiss Alps base of operations of Baron Ironblood who as we previously learned is the founder of G.I. Joe, turned terrorist, Joe Colton. They are looking around his base for clues as to why he may have turned his back on G.I. Joe and the Transformers. As Scarlett is digging around, she finds a note and as she reads it the Joe team is abruptly caught off guard as a team of Red Shadows Cyber-Ninjas attacks them. While fighting them off, Doc hears a beeping and Lady Jaye ascertains that Joe Colton has wired the place to blow up. The Joe team make it out alive and the scene cuts away to Destro and Storm Shadow shooting missiles at Optimus Prime who is seen as the savior of the world or a tyrant depending on who you ask. 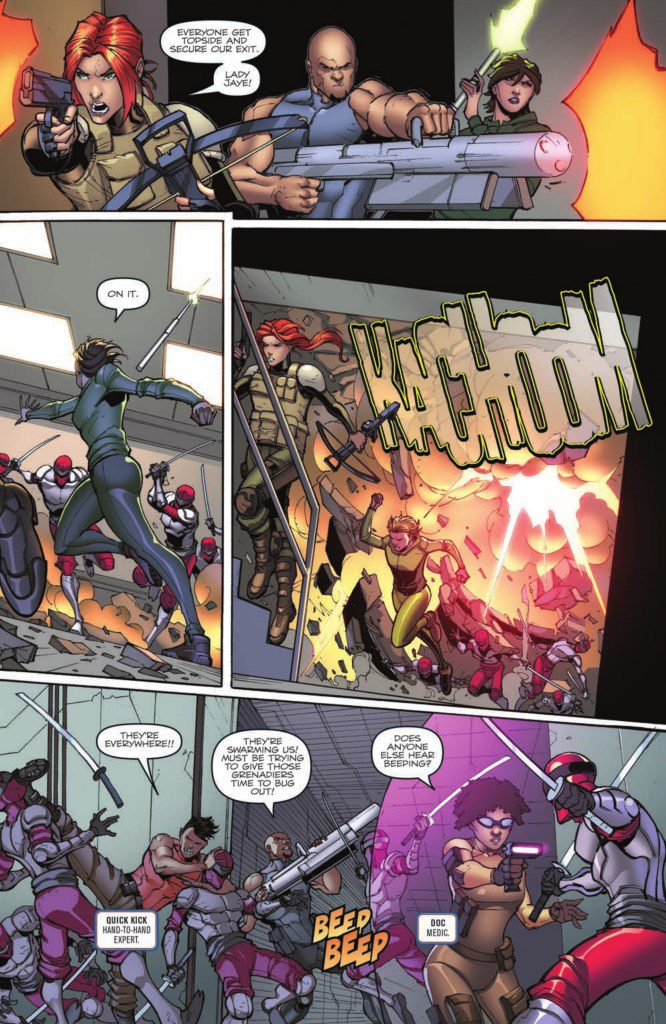 anyone alive in their wake.

We learn the Baron Ironblood became the way he is because he could no longer trust the Joe’s to defeat the Cybertronians. Some of the MASK team are hesitant about trusting Soundwave who is one of the Joe’s allies now. Baron Ironblood has also teamed up with someone he doesn’t fully trust; Garrison Kreiger.

In case you missed it the basic story is about the team-up of MASK agents, GI Joe members, and certain Transformers in order to stop the talisman which can be used as a weapon. The G.I. Joe team, on the other hand, looking for the Techno-virus to be used when the Joes go to the Transformers home world. The story starts out very smooth but starts to become disjointed after Baron Ironblood’s soliloquy. It is a little difficult to follow without a flow chart showing all the characters and their roles. Even though there is a character chart in the beginning of the comic, I didn’t find it helpful to keep going back and forth to try to keep track of everything that was ongoing. 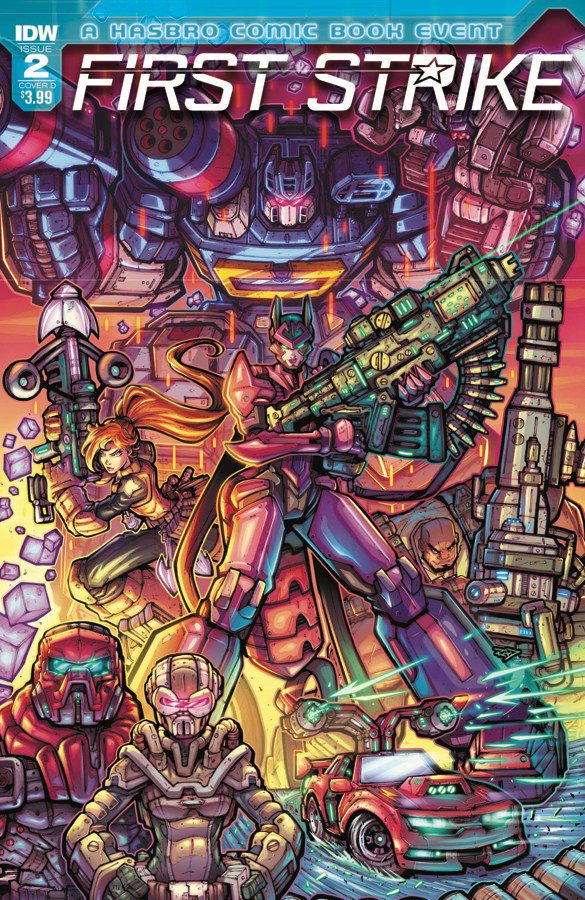 The G.I. Joe team was in the Swiss Alps in the beginning of the story then inexplicably in an underwater base in the Greenland Sea where they figure out that the Submarine is MASK technology. They never mentioned they were going there in the previous panels. Another example is Storm Shadow and Destro were in a vehicle one minute and then Destro disappears from the story altogether and Storm Shadow is shown talking to Shazraella who he calls a faceless giant then he is shown holding her in the palm of his hand. So, either that’s not her name or he was talking about someone else. There were also three pointless panels where Major Blood is holding a few people at gun point and Ironhide runs him and about 20 Ninjas over. There are glimmers of hope that this story may pull together, but it ends abruptly with a backstory of Baron Ironblood

The writing by Mairghread Scott is complemented by artwork by Max Dunbar in a way that highlights both of their talents in the first few pages, but becomes cumbersome throughout the rest of the book. It seemed like they were trying to cram too much into one book and it seemed forced at times. The climax from issue one did not make me want to read this book as much as some others I have read. The cover alone on both books were intriguing enough for me to want to read them both. The Hasbro Universe is highlighted in this book mostly by Transformers and G.I Joes even though there are Micronaughts, ROM, and MASK. This issue is a step down from the first mainly because it didn’t have the same flow, which is unfortunate because issue one was fantastic.