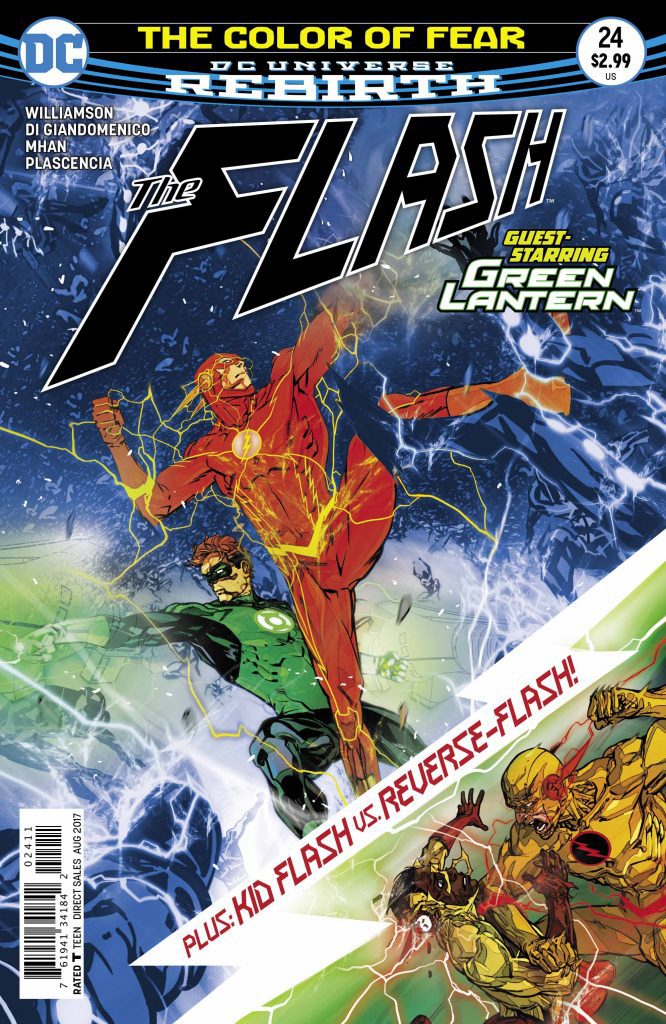 In the 25th century, a voice remarks on the speed force and its meaning in regards to how The Flash uses it. In the present, we see that force in action as Barry and Hal continue to battle Multiplex and his copies. As he battles to find the original, Barry contemplates the fact that he has continued to lie to Iris about who he is and his behavior at his own birthday party that seemed to push the people closest to him away. At the same time, Wally and Iris are confronted by Reverse Flash Eobard Thawne in their home.

As Wally attempts to take on Thawne to protect Iris, the villain himself tells the three of them that they are connected. That they all share a mutual enemy in 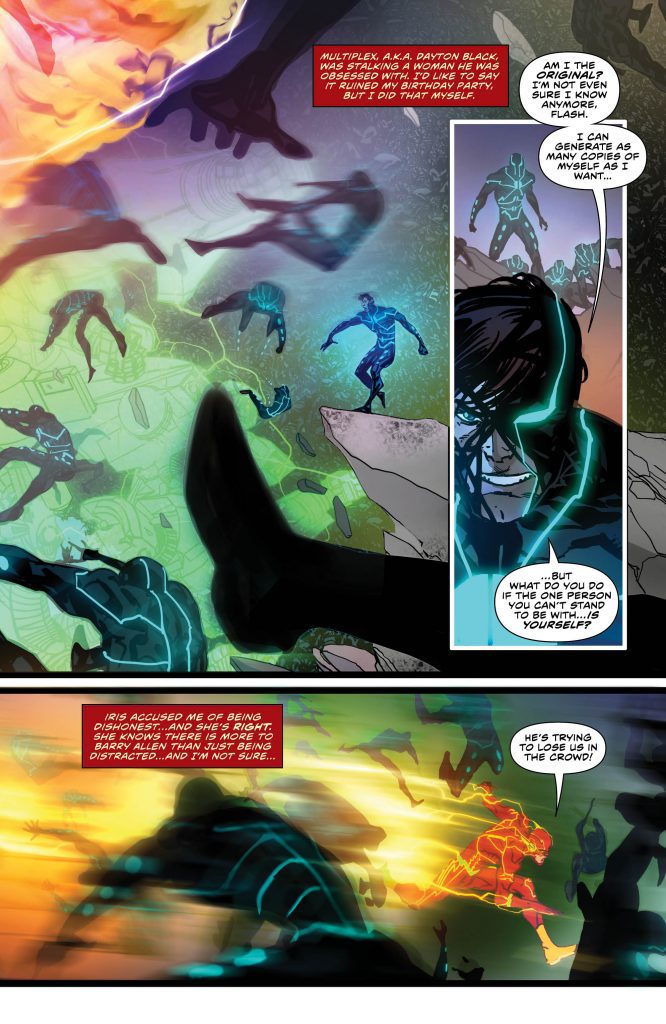 Barry. Hal and Barry continue trying to find the original Multiplex and Barry utilizes his skills as a scientist to do so. As Flash isolates and takes out Multiplex, he and Hal take a few moments to discuss the issues that are plaguing him. Iris and Wally are trying to defend themselves against the onslaught of Thawne as he taunts Wally and his attempts to stop him. As Barry makes the decision to tell Iris the truth, he returns to her home to find Wally’s broken body on the floor and a message from Thawne written on the wall.

Have you seen this:
THE AMAZING SPIDER-MAN #45 (REVIEW)

This is the Barry Allen that I enjoy. As much as I like him being lighthearted when he’s with other heroes, it’s nice to remember that he is a scientist. Williamson has continued to give Barry Allen hurdles that not only challenge his powers, but also his mind and it is enjoyable to read. Thawne continues to be one of the biggest threats to Barry’s life, but he always seems to ridiculously overpowered that he can come off as one-dimensional at times. You know he’s going to go after the people Barry loves because he is a one-trick pony. It would be nice to see his motivations evolve. The art is great to look at and both artists give a frenetic, fast-paced energy to each page that gives the sense that the art is moving along with your eyes.