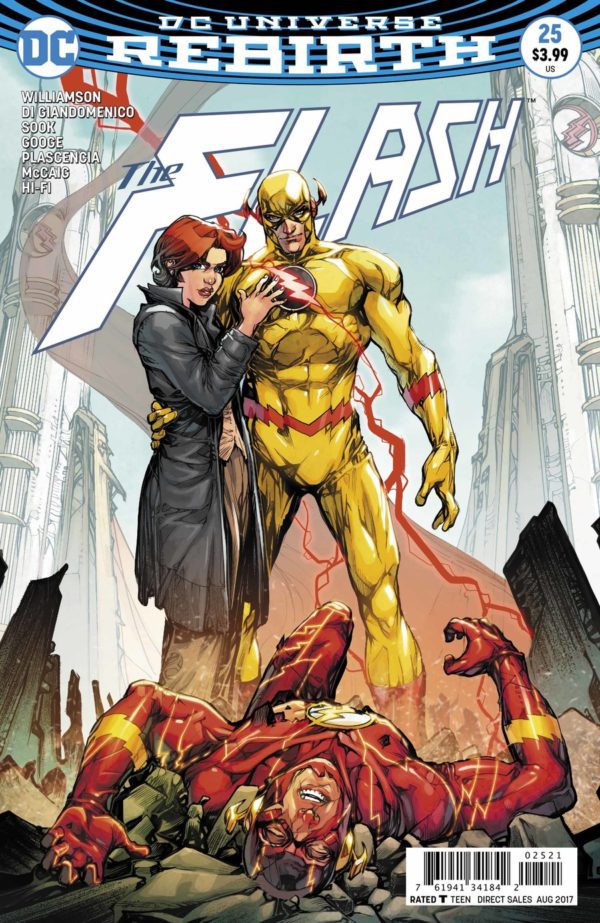 Thawne has taken Iris to the future in part one of Running Scared and has challenged Barry to follow him there. Barry recounts the first time he met his greatest foe and how he started off as a fan. Barry reflects on Thawne’s seemingly endless crusade to destroy him and everyone he loves. How he keeps coming back from the dead over and over. As he makes his way back to the 25th century, Barry is confronted by people who fear him, a police force who wants to bring him in and a museum dedicated to all things Flash.

As Barry confronts Thawne, the villain decides to teach Barry a lesson in how the world has changed. He recounts his history in the future and his fascination with his hero The Flash. As he comes to his own realizations about the direction his life took, he decides to punish Barry by confronting Iris with the truth. 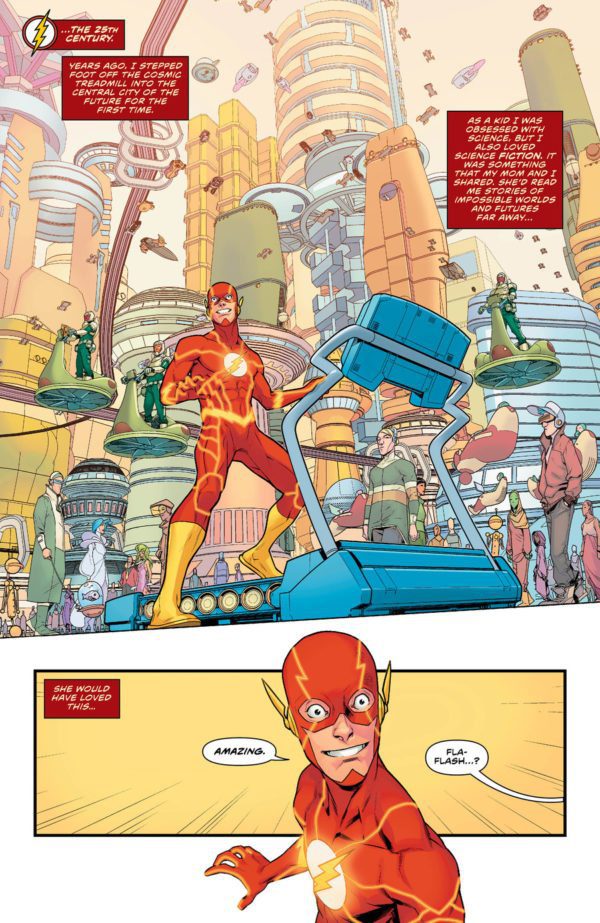 Eobard Thawne is Flash’s greatest rival and his history with the Flash has led to some of the best stories, including Flashpoint. Unfortunately, his motivations and backstory have always been weak in my opinion. He’s gone on a rampage against the Flash because of a slight that a teenager would take as the end of the world and this is supposed to make him a compelling villain. It’s never really worked for me. Thawne is a great villain with the thinnest of backstory and it’s put front and center in this issue. Williamson is great at writing the Flash, his rogues and his world and I would have loved for there to be something more substantive to him than juvenile jealousy.

The art in this issue is great across the board. I loved the contrasts in the moments between the past and the present and the softer tone to those panels were a welcome break in the tension of the present action.