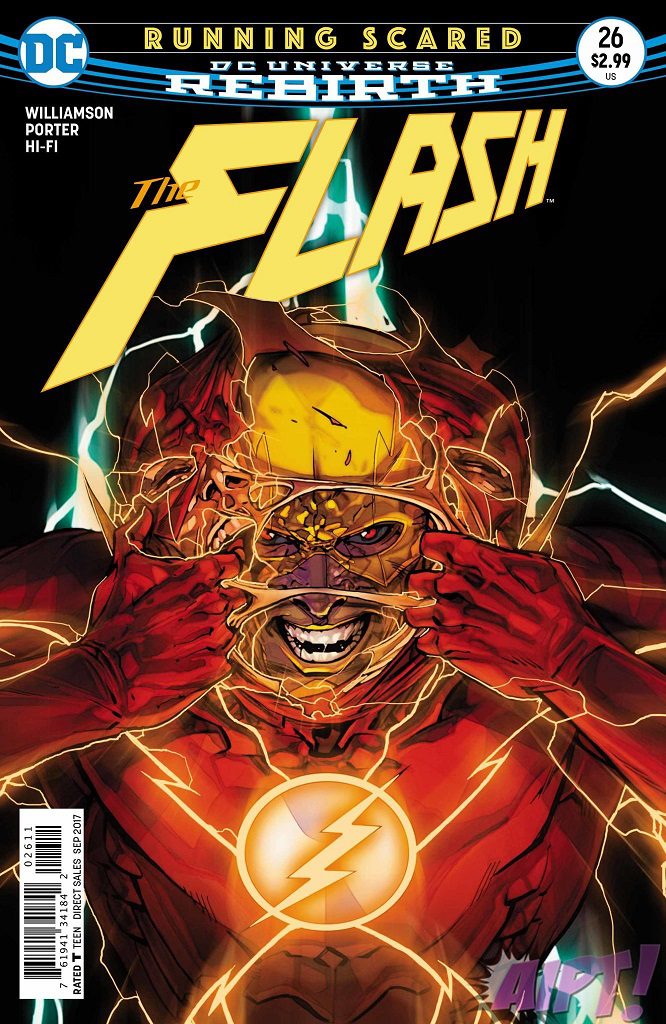 In the near future, an older Barry Allen and Iris are at the Flash Museum. They are talking about Wally and how everyone is evacuating the city. (Points to the older look for Barry. He looks awesome. Like an updated Jay Garrick look.) As they leave the museum, a cyclone is devastating the city and heading their way. As the cyclone gets closer, Barry decides to make one last run and heads straight into it where he encounters something that will have huge repercussions going forward. As future Barry barrels straight at the threat, his present self, Iris and Thawne stand on the outskirts of the ruined city watching the events unfold.

Both Barry and Iris refuse to believe what they just witnessed, but Thawne makes a compelling argument that what they witnessed was real and lays out the information he discovered as the curator of the museum. He explains to Barry that he isn’t his greatest enemy; the Flash is. As the emotional toil of the revelation starts to settle in on Barry, it’s Iris who’s reaction is the most interesting. Barry makes a decision at that moment to follow Thawne to somewhere he’s been assured will allow Barry to never harm anyone again.

The place Thawne sends him allows Barry to relive the moments that shaped his existence, that sent him on his journey to becoming the Flash. As 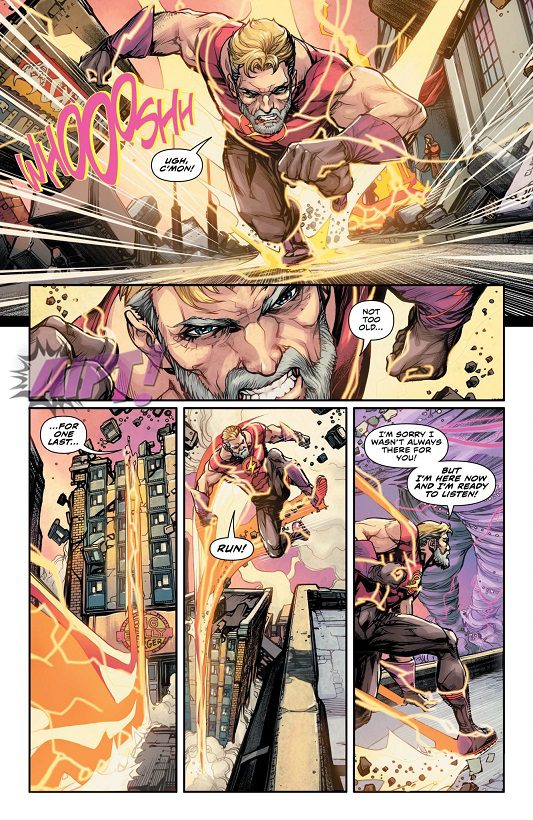 Barry becomes consumed with the forces around him, Iris decides to get off the sidelines and fight back. Leading to the emergence of a new threat to everyone involved.

I’ve consistently enjoyed reading this run of the Flash overall. I like the fact that there are new layers to Barry and that he has to deal with his own issue as well as those associated with being the Flash. Unfortunately, Thawne still continues to be less than compelling to me as a villain. After the revelation of his motives in the last issue, nothing he does really seems that interesting. He continues to be as menacing as a petulant child who never got the hug he wanted from his hero and it takes away from his overall menace. Williamson is great at writing Barry and focusing on the conflicts that drive him. I just continue to find Thawne not credible as a threat and Barry’s constant inability to overcome it is groan-inducing.

I continue to hold out hope that this gets resolved quickly so that Barry can go on to find a challenge in someone who isn’t so emotionally needy and pathetic. Howard Porter’s art is great and there are some really breathtaking hero shots that are awesome to look at both in composition and detail.