Superhero films are no stranger to early reveals and spoilers coming via toys and collectibles hitting the shelves during peak marketing time. Lego has notoriously revealed early looks, scenes, and characters with their amazing sets that come out related to the film. While sometimes fans become upset, most use it as a vehicle to speculate and talk about the film. Well this week it’s Funko’s turn as images of the Pop!, Dorbz and Pint Sized Heroes lines have surfaced featuring first looks at the looks for some major characters from Guardians of the Galaxy 2.

The first reveal comes from the Pint Sized Heroes line. Pint Sized Heroes for those unfamiliar, is one of Funko’s newest lines, stylizing the Dorbz concept while changing them up enough to have a distinct look all their own, and shrinking them way down to be in league with Pocket Pops. 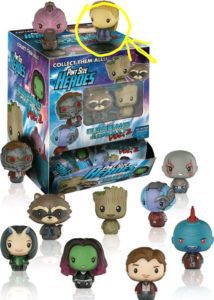 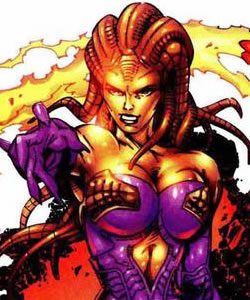 As you can see, our lineup includes the usual suspects: Star Lord, Rocket, Groot, Yondu, sporting his larger mohawk from the trailer, also the first we’ve seen of him in the Funko reveals thus far, Gamora, Drax, Nebula, Mantis, Taserface, and who is that up by Taserface? Why that’s none other than Ayesha.

In the comics, Ayesha, or Kismet, or Her if you’re in a hurry, was an attempt by a group of scientists known as the Enclave to create a perfect test-tube grown human, essentially the genetic equal of Adam Warlock, there is definitely GotG ties. In the film, Ayesha will be played by Elizabeth Debicki and was described by James Gunn as “the golden High Priestess of a genetically-perfect people called the Sovereign. She is not a woman to be screwed with - she, and her entire world, are extraordinarily deadly.” 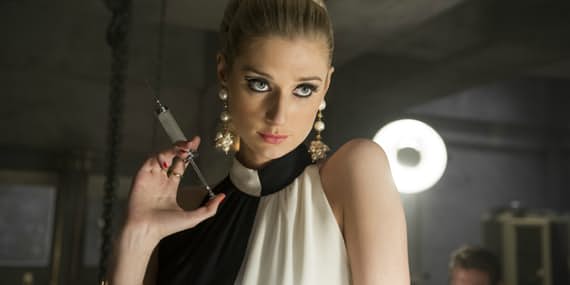 Speculation is that Ayesha is the central villain of the film, which means we can expect quite a bit more of her in Funko form and a lot of hard arguments can be made that her presence will also mean a reveal of Adam Warlock in the film, but that’s a topic for another article.

That’s not the only reveal from Funko, circulating online and this one was even tweeted by James Gunn himself. Introducing the Pop! and Dorbz of Kurt Russell’s Ego the Living Planet. 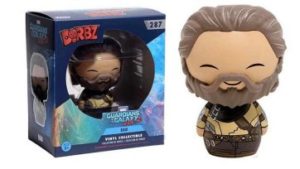 Ego looks far more Kurt Russell and far less a giant Planet so speculation is still out if we’ll see him transform into his much larger Planetary form in the film (and subsequently see a giant Funko Pop! head molded up to match the planet look) or if he’ll remain humanoid the entire time. One things for certain, his interaction with Star Lord is sure to be a huge driving force in Guardians of the Galaxy 2. 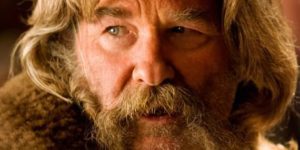 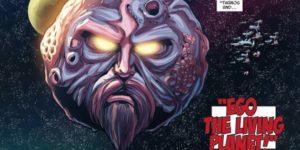 Shifting gears to DC, our next reveal is the latest editions to the Funko Plushies line, making Superman, Wonder Woman, Harley Quinn and Batman more snuggly and adorable than ever. 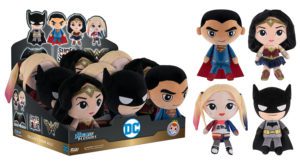 The other big release for DC Funko this week is their DC Bombshell Pops!

The kiss covered Joker has already hit shelves with both the regular and black and white Chase variant being exclusive to Hot Topic, a fun spin-off of the popular bombshell statue. 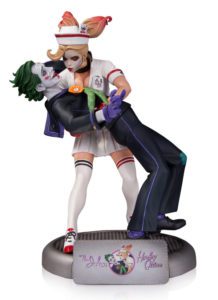 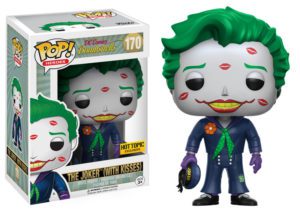 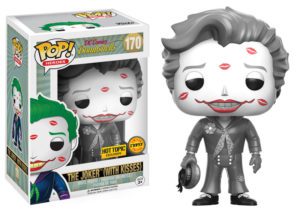 The rest of the lineup includes Harley Quinn, along with a black and white ThinkGeek exclusive (both the Harley and Joker variants retain the red color against the black and white base which is a nice touch) Wonder Woman along with a Patina Chase, Batgirl and Katana rounding out the set. Funko’s design on these are very special, giving an awesome Bombshell appearance to some of DC’s favorite ladies and the Crowned Prince of Crime. 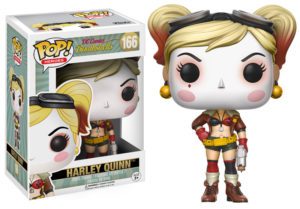 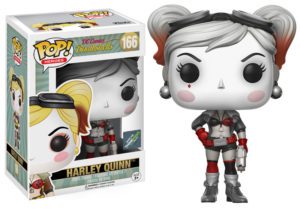 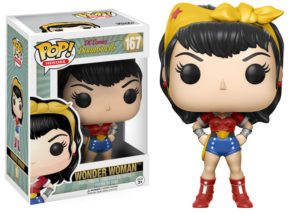 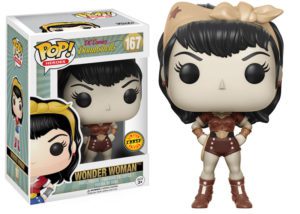 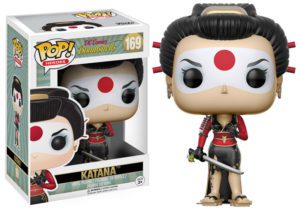 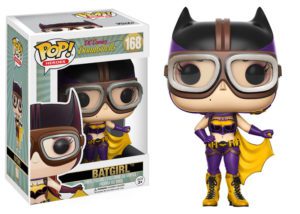 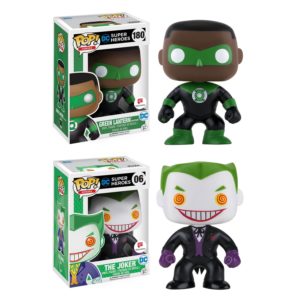 John Stewart looks amazing, especially considering how long awaited he was, my only criticism is the simple fact that he opted not to wear a mask as he had nothing to hide as a hero. Outside that oversight he looks great, while the Joker looks ready to terrorize an Opera. 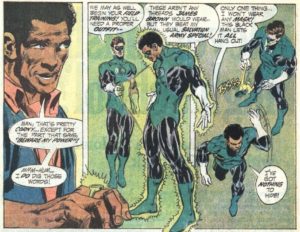 Funko continues to deliver stellar sculpt, concepts, and pushes their boundaries to provide amazing pieces for their collectors.