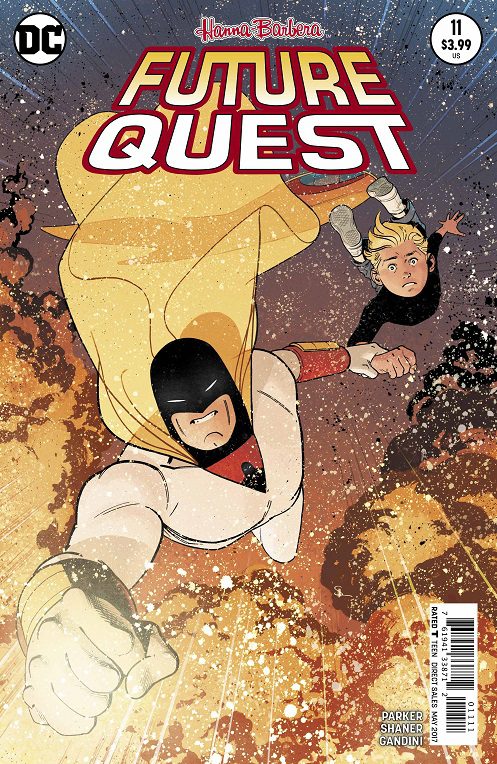 Karachi, Pakistan is being overrun with an organism that is destroying everything in its wake. Falcon 7 is relaying information to the only people that can possibly help as teams move into the area. Meanwhile, In Arizona, Jonny Quest and Hadji are chronicling their plans to stop the threat. Frankenstein Jr, The Herculoids, Birdman and The Impossibles are all preparing themselves for the next stage of the plan. Mightor and Space Ghost are training Race Bannon and others in how to stave off the galactic threat known only as Omnikron. As the combined forces of good try and determine a way to stop the entity, the Think Tank of Dr. Quest, Dr. Zin and others try and determine the life cycle of the creature. A history that includes a classic Space Ghost villain. 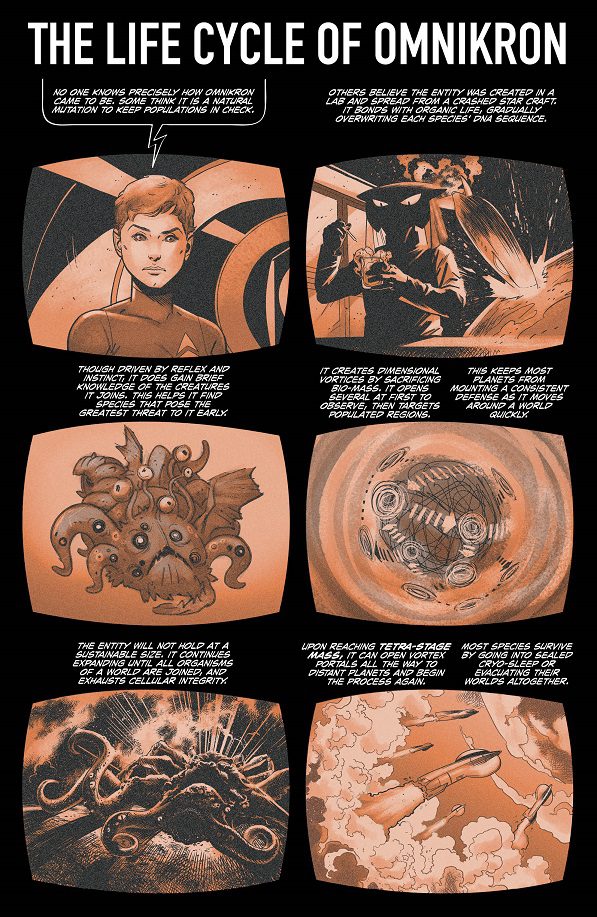 As the creature moves towards Hadji’s birthplace of Calcutta, the boys have a moment to contemplate the reality of the situation that they find themselves in. The scene between Jonny and Hadji is well done. There is a real depth to their relationship as brothers and the moment is a welcome respite from the rest of the drama. Space Ghost tries to assure the boys that everything will be ok as the scientists finish their plan. As they create conditions that will draw the creature away and attract it to their position, they are unprepared for how it will respond and how fast it moves and adapts. The heroes decide to use the Grand Canyon as a trap for Omnikron. As one team distracts the growing entity from the outside, a second team goes straight for the creatures core.

As a fan of these shows growing up, I can tell you none of them packed the intensity that this series does. These are some decidedly high stakes for a series based on a bunch of Saturday Morning cartoons. Oddly enough, it works. Jeff Parker is able to find a way to keep the lighthearted air of these characters and stories, but inject enough tension to make you care what happens to them. While this series speaks to my nostalgia, nostalgia itself can’t hold my attention for too long. What makes this story work is Parker’s way of fleshing out the characters and their personalities to give them depth. Evan “Doc” Shaner’s art does a really good job of keeping to that nostalgic feeling for the reader, but still maintaining some good action beats and impressive splash pages. An enjoyable read.