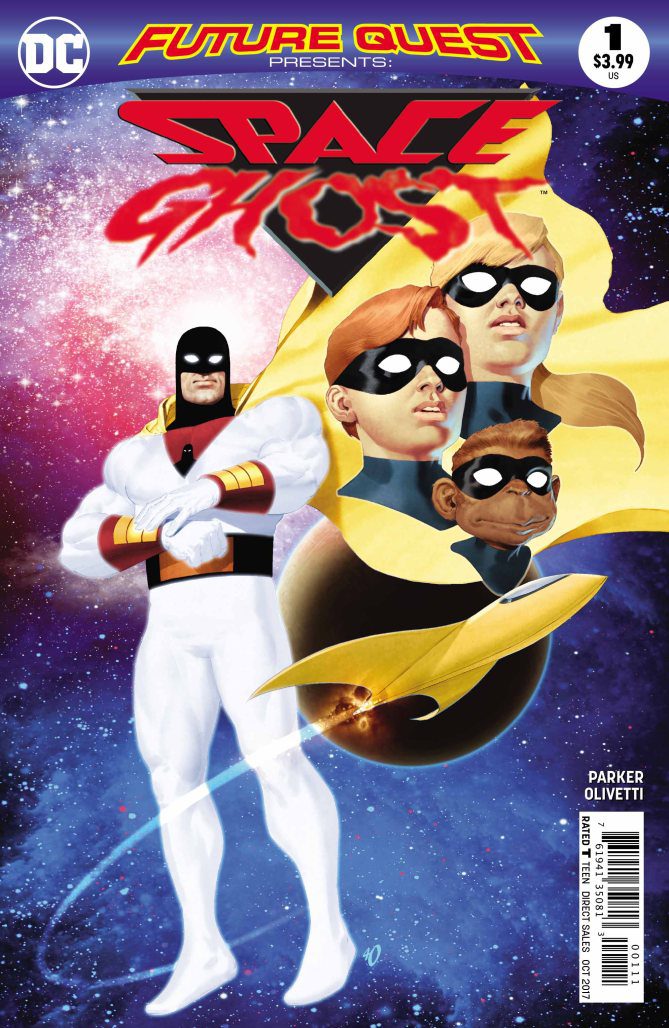 DC’s use of Hanna Barbera properties was one of the most exciting and satisfying results to come out of the Rebirth media blitz. DC’s deserves the credit for how they handled the transition of their superhero properties, but DC has earned credit for their application and reinvention of Hanna Barbera franchises. The Flintstones became social and political satire. Scooby-Doo and the gang became zombie hunters. Future Quest took a number of disconnected characters like Birdman, Frankenstein Jr., Jonny Quest, the Herculoids, and Space Ghost and wrapped them up into a cohesive narrative. Jeff Parker wrote the 12 issue crossover story arc for Future Quest and he returns to that universe for this new series.

Space Ghost #1 is an easy entry point for any reader. While this new series takes place in the same world where those disconnected characters united to fight 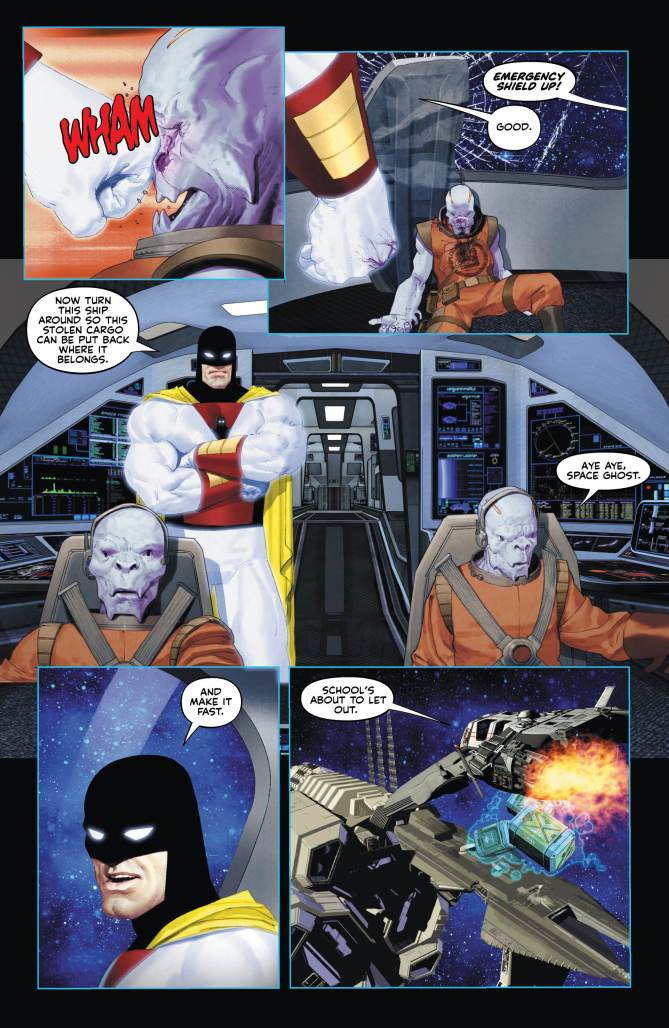 Omnikron, Parker does not require readers to know the previous story or even to understand who Omnikron is. Parker takes his time in this first issue to set up the characters around Space Ghost and familiarize readers with the world he inhabits. Parker’s exposition heavy approach provides an excellent starting spot for any returning fan or any reader familiar with the old cartoon characters.

Have you seen this:
Kingdoms of Amalur Re-Reckoning (PC) Review

The real treat of this issue is Ariel Olivetti’s artwork. For characters that were once crudely animated creations, Olivetti turns the Herculoids and their planet into a work of art. Olivetti graced Space Ghost with painted art back in the mid-2000’s for a limited series and his return to the character is a joy. Olivetti humanizes these characters and turns their worlds into breathtaking landscapes.

The name of Space Ghost may attract some lapsed fans, but Olivetti’s art will pull them into the series and the world Parker has created. Fans of Future Quest should rejoice in the return to Jeff Parker’s world and any Hanna Barbera fan that missed Future Quest last year has another opportunity to pick up this series and discover with these characters.