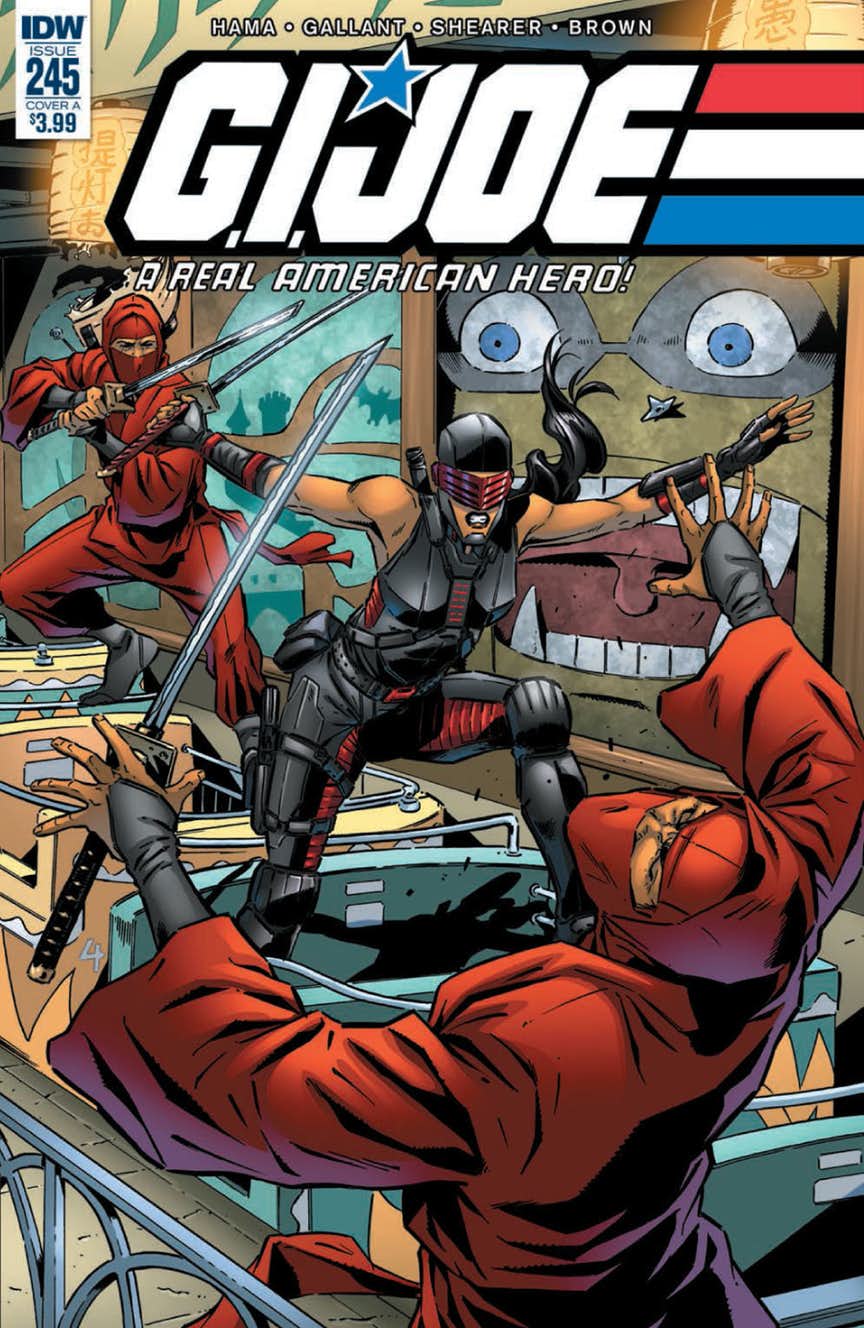 The Joes are in the middle of a planned sabotage/reconnaissance mission of the Revanche Robotics Corp facility in Darklonia with Big Ben, Ambush, Bombstrike, and Sightline thrust into the action. To bypass facial recognition scanning software inevitably being used by security personnel, the G.I Joe team is using its own software that is designed to disrupt the scanners. After getting by the security, Ambush and Sightline proceed to the main assembly line area where new Battle Android Troopers (B.A.T.s) are being manufactured. They await Big Ben’s signal to cause a distraction. With the help of a local boy, Bombstrike is able to bypass Revanche security altogether by finding a sewer tunnel. The tension is high as the Black Major questions the facial recognition software. He orders the three men to be rescanned. Big Ben sends the signal to the boys who lob a grenade which causes a distraction long enough for Big Ben to upload a Trojan horse virus via a thumb drive to the assembly area’s computer. Will Big Ben be able to deploy the virus? Can the four of them make it out of there alive? A cutaway scene to Springfield where Cobra Commander, Destro, and the Baroness are playing miniature golf. The three conclude that they are being played by Dr. Venom, who has taken control of Dr. Mindbender’s body. He has built a new and improved B.A.T that resembles one of the G.I. Joes.

The writing by Larry Hama feels like an episode of the cartoon being played out, which is a good thing. I grew up watching those cartoons and they are a big part 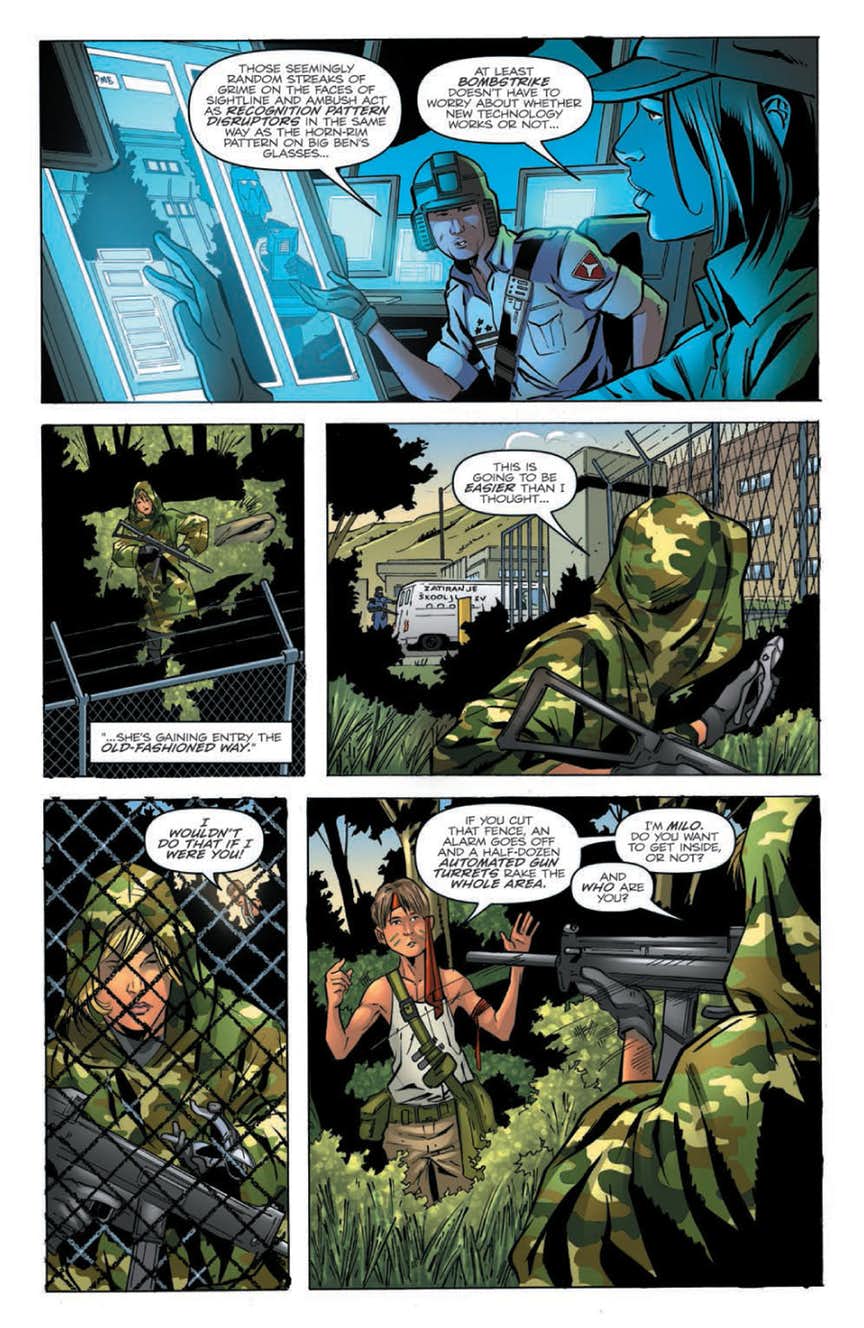 of who I am. The dialogues with Cobra Commander, Destro, and Baroness was spot on with the verbiage that the three would have used in a cartoon episode. The dialogue flows evenly from one scene to the next. The issue isn’t bombarded with too many G.I Joes trying to get a piece of the action.

The art is above average, but I would really like to see someone of Otto Schmidt or Billy Tucci’s caliber take a whack at this title. The characters and scenery in this issue are adequately detailed, However, certain things I didn’t care for such as Lady Jaye’s appearance. She looks like a mechanic in an auto shop instead of a Soldier.

I really liked this issue showing how the Joe team must infiltrate this robotics facility to try to deploy a computer virus in order to shut down the production of the B.A.Ts. Generally, they are the ones being infiltrated by Cobra. It felt like a great mission unfolding with some previously underused G.I. Joe members. I look forward to issue #246.