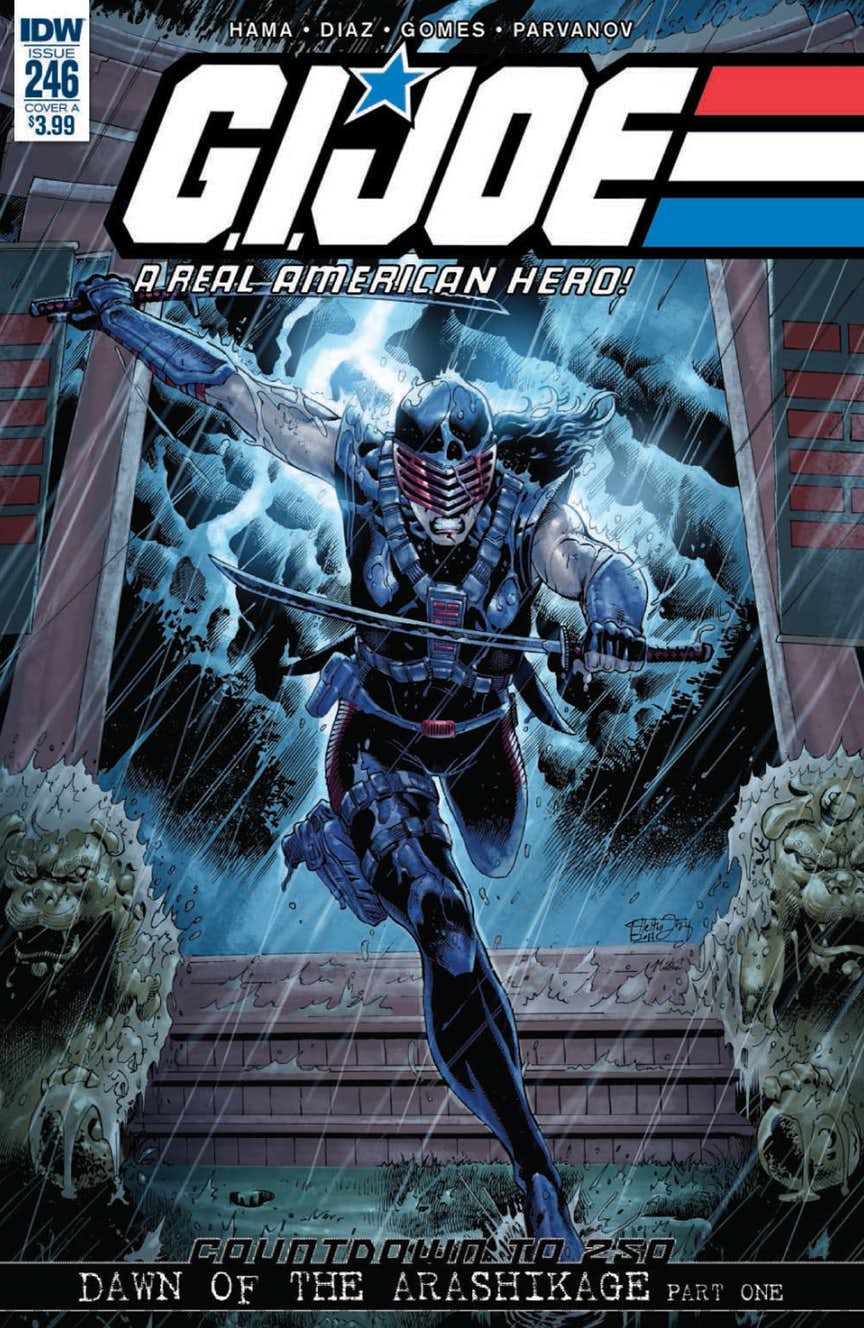 The story picks up where Issue #245 left off; if you read it you would know there was a subplot involving Dawn Moreno who has been implanted with the memories of Snake-Eyes by Doctor Mindbender. She and the Arashikage ninja clan were ambushed by Red Ninjas during the closing panels. Things start off here in Tokyo with slaughtered Red Ninjas, and a couple of beat detectives trying to piece things together. Their investigation is interrupted by Senior Advisor Harada who has some insight as to how the Red Ninjas were killed.

Dawn is shown having a flashback of one of Snake-Eyes’ memories. She sees Snake-Eyes in a traumatic firefight with the North Vietnamese Army. He bravely fires his machine gun at a squad of soldiers. However, things get ugly when he runs out of ammo and the barrel needs to be changed. Two other soldiers in the flashback help him change the barrel, but things turn into Close Quarters Battle (hand-to-hand combat) as Snake-Eyes frantically loads a new belt of ammunition. Thankfully, his life is saved at the last second. Stalker, (looks like Stalker with a Red Beret), puts a round into the back of the enemy. The flashback is over, but the story continues.

Larry Hama’s writing in this issue is consistent with the subplot of the last issue. The subtitle of this issue, Countdown to 250: Dawn of the Arashikage Part One 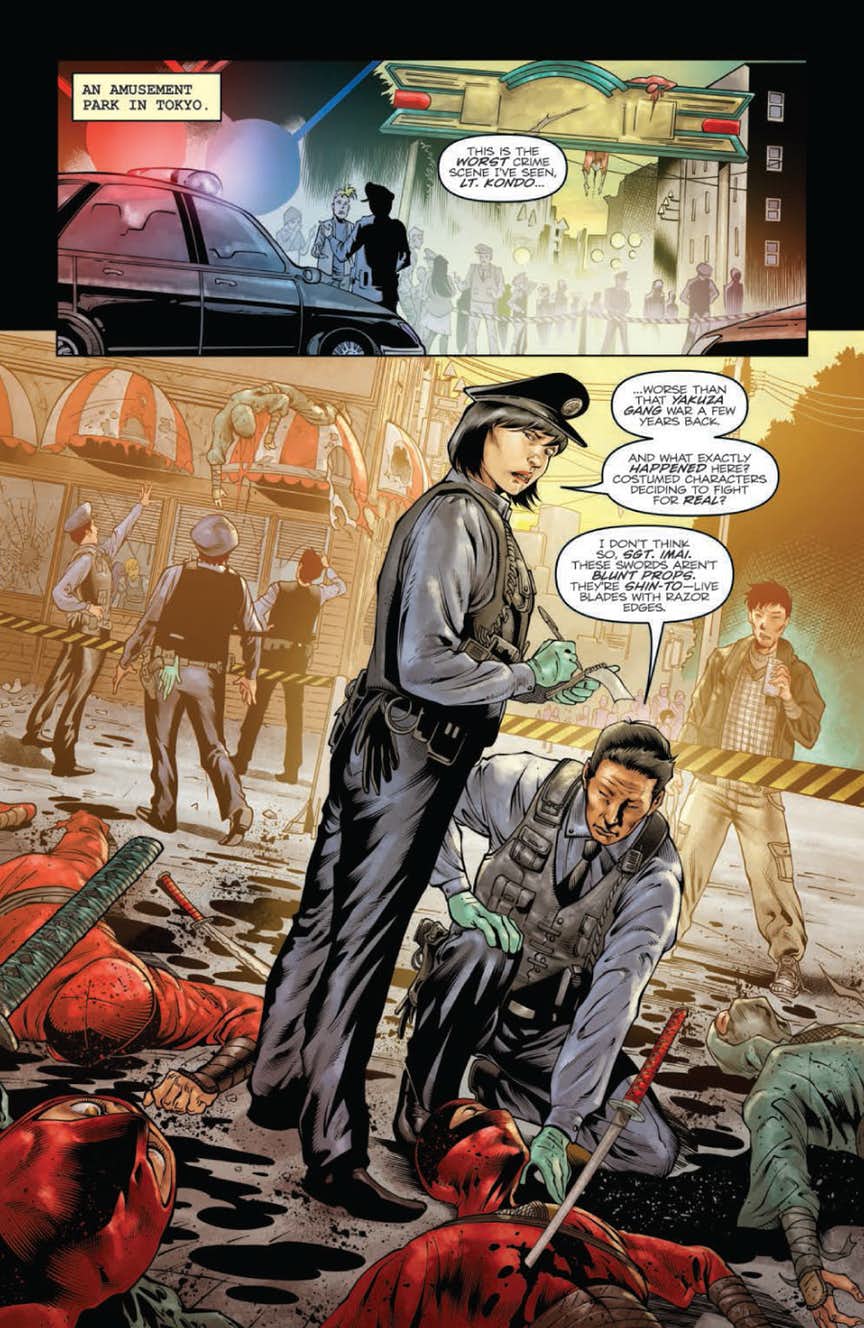 immediately made me think of Storm Shadow and Snake-Eyes. When I think of those two cool characters; I imagine how great it would have been to be a ninja when I was a kid. Now that I am an adult most of the time, I tend to get tired of all the ninja storylines. However, Larry Hama’s writing on this one proved to be the exception to my old ways of thinking. The dialogue between the two detectives and senior advisor Harada was handled with careful consideration, using terminology that I can only assume would be found in Japan. The story unfolds asynchronously with present-time and flashbacks, which are well executed. The shift in color in the flashbacks makes it easy for the reader to recognize that it is a flashback.

As I mentioned in regards to the color shifts, the art itself is better than most G.I. Joe comics that I can think of in recent memory. Netho Diaz ups the ante with his take on this issue. Dawn Moreno and Senior Advisor Harada are the standouts in this installment. I knew the art was going to be superb in this comic upon seeing the first panel with the black car. The shading and colors used throughout Issue #246 make it really stand out.

The shading on the Red Ninjas gives them an air of three-dimensionality. Lastly, the facial features of the characters accurately convey their feelings of frustration, seriousness, and anger.

My final take on Issue #246 is that it’s much better than the First Strike title; which is composed of the Hasbro Shared Universe of Transformers, ROM, GI Joes, and M.A.S.K. I really want to see more stories like Issue #245 where the team infiltrates an enemy base. This installment was violent and bloody, so if that is your thing, this may be up your alley. In the future, I’d like to see more issues with dialogue that challenges the chain of command in Cobra.