Nintendo is arguably the most famous name in the history of video gaming and within that stature lays an incredibly vast catalogue that’s primed with interesting stories and iconic characters. Even with this infamy, it’s been quite some time since Nintendo has attempted to bring their games to life and nearly every project they even mention gets cast in the shadow of the undeniably bad Super Mario Bros Movie. Now with the recent release of the adult themed Castlevania series on Netflix, fans are preparing themselves for the next step in Nintendo’s future: animated versions of their most beloved franchises.

In the past, making movies or shows based on popular video games has been a failure of massive proportions. The recent Assassin’s Creed film even featured one of the better actors of the generation and, despite its promises to save the genre, ended up atop the garbage pile alongside Dead or Alive and Ballistic: Ecks v Sever. However, Reggie Fils-Aimé and Co. are quickly becoming the masters of nostalgia and with that hindsight they have recognized that amidst the wreckage there was a secret success: their animated programs. Despite their quality they were extremely popular and offered a great chance to explore the lore of the games and bringing Nintendo characters into the future with mature series aimed towards their older fans. Fans in Japan have been treated to this in previous years via F-Zero: GP Legend and Mega Man.

As we sit on the precipice of Nintendo’s entertainment evolution, we have the perfect chance to comb over their catalogue and pick out some gems that would be perfect to adapt into an animated series or film. Only games that were published by Nintendo were chosen (even though Chrono Trigger would be AMAZING) and I’m leaving out the stalwarts like Zelda and Mario in favor of a low key approach. As a special bonus, artist Dorothy Hansen has done some original mock-up character designs to get us salivating. Without further ado, check out GWW’s picks for future video game animate adaptations. 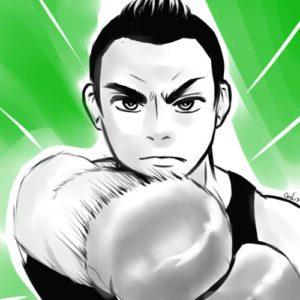 As a child that grew up on Rocky, boxing movies hold a spot near and dear to my heart. Loving sports movies is not an uncommon thing as each year droves of audiences flock to theaters to see the next [insert sport] movie available. Since 1984, Punch Out!! has been the premiere boxing game on nearly every Nintendo console so developing an animated feature based on the mainstay sports property seems like a no-brainer. Just check out the awesome training sequence from the original NES game.

I’ll be the first to admit that it would take a little editing to remove some of the insensitive racial stereotypes but imagine an international boxing tournament movie in the style of Bloodsport or Best of the Best. Little Mac is an infamous character but the cast of boxers is also quite popular they are arguably considered to be the draw of the game (as evidenced in the Punch Out!! port for the NES). Writers and animators could take their pick of a wide array of over the top boxers and create a comedic action film that would delight kids and adults. Let’s hope that Little Mac and his mentor Doc Louis make their way to the silver screen someday. 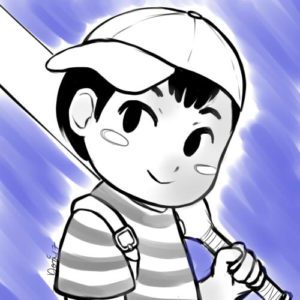 The quirkiness of this game has aged quite well and would easily translate to the anime medium. Earthbound is the second game in the Mother Series and has been captivating Super Nintendo aficionados since 1994. Each setting within this quirky science fiction game is full of color and interesting features, creating a living world for the characters to inhabit. As longtime fans of the series know, each detail was crafted to be intentionally odd and humorous, ranging from a band modeled after the Jackson 5 to fighting a men’s room sign. For years fans have been begging any and every Nintendo employee for an update on the cult series and an animated venture would be a perfect way to show the die-hard enthusiasts that the Mother Series is still relevant.

The plot centers around a young boy named Ness that discovers a fallen meteor in his hometown of Eagleland. As his journey progresses, Ness learns that the meteor is related to the evil aliens lead by Giygas. With his friends in tow, Ness must find the Eight Melodies that are necessary to defeat this otherworldly foe. It’s safe to say a plot of this magnitude would not work well with live action and the colorful cast of characters would be better suited for a sidesplitting and vibrant animated adventure. 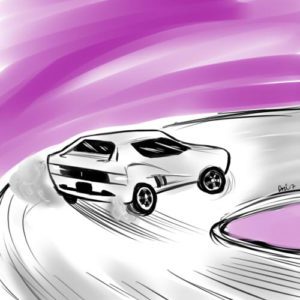 Car racing has been a pillar of film and television since the advent of the medium and there are many franchises built around four wheels and an engine, so why not dip your toes into the waters of a well-worn genre? In 2014 audiences were treated to a middling, albeit exhilarating, adaptation of the Need for Speed series that opened the door for under the radar editions of popular games and there’s plenty of potential within the Cruis’n series.

Although there’s no plot to speak of, this could be a great example for Nintendo to add some flare to a white-knuckle race that spans the globe. Don’t forget that Cruis’n USA wasn’t the only game; we were also treated to Cruis’n World, Cruis’n Exotica, and Cruis’n Velocity. With a full tank of gas and an endless amount of iconic locations, Cruis’n could be a high octane anime that shows off the visceral action so inherent in video games while not being tied to a story arc that forces writers to shoe-horn in references. With the success of Baby Driver and Fast and The Furious, the road is paved for some action-packed racing fun. 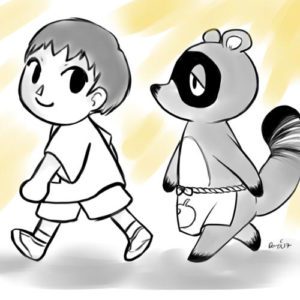 In 2006, fans of Animal Crossing were ecstatic with the release of Hepburn: Gekijōban Dōbutsu no Mori (Animal Forest: Theater Version), a film based on the sensational Animal Crossing series. Needless to say the film, based primarily on Animal Crossing: Wild World for the DS, was a success in Japan yet it surprisingly never received a release in any other region. Well, Nintendo, now’s your chance to make some dreams come true.

It’s widely known that 2015’s Animal Crossing: Amiibo Festival for the WiiU was a massive failure as evidenced by its appearance in every clearance bin across the country. With Nintendo poised to dominate the holiday cycle with the handheld hybrid Switch, an Animal Crossing animated series and/or feature would be perfect to appease fans that are awaiting the next true Animal Crossing title. The original film, distributed by Japanese film giant Toho along with Nintendo, did an excellent job of inserting a small plot to draw in viewers to the wide and colorful world of the series. By using this approach, longtime fans and new players could easily be introduced to an array of characters that have held gamers’ hearts captive since 2001. 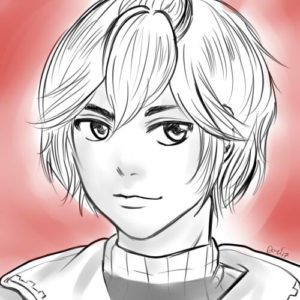 This and Fire Emblem are the low hanging fruit of Nintendo adaptations. With a rich lore and complex characters, Xenoblade Chronicles would fit perfectly in an animated medium that would allow the director to truly explore a gigantic world. The overall aesthetic of the game lends itself well to that of anime in general, giving animators a good place to start for animated character design. Check out the trailer for the upcoming Xenoblade Chronicles X below.

The story itself might as well be a fantasy novel. For the uninitiated here’s a quick synopsis: set in a world comprised of only oceans, two gods battle for control yet fall to each other in battle. Upon their death their corpses remain, locked in a combat pose for the rest of time. Eons later, each corpse becomes a bed for species to evolve. One corpse is home to humanoid forms while the other is home to a mechanoid style species. Locked in a long standing war the two species battle for on a lush planet with many science fiction and fantasy elements coming into play including mystical swords and telepathy. The story of the original Xenoblade Chronicles focuses on a young scientist named Shulk that must harness the power of Monado, a sword capable of defeated all in his way. Sounds pretty cool, right?

What series do you think can make the jump to television? Are animated adaptations just as doomed as their feature film counterparts? Comment below and stay tuned to GWW for more Nintendo thoughts and news.

Extra special thanks to Dorothy Hansen for the exclusive artwork. For more information on Dorothy and her artwork, be sure to visit  her Deviant Art site.