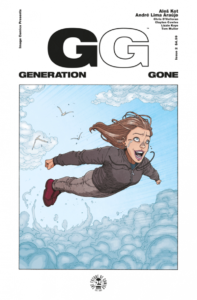 Elena and Nick test out their newfound powers as Baldwin attempts to keep them grounded. The government makes their move on these unwitting test subjects.

On one side we have these teenagers who have been given superpowers by an unknown source, and on the other side, we have a programmer essentially playing God on the governments dime. This was a really strong second issue because not only do we get straight to them using their powers, but we also get a glimpse at Akio’s motivations for giving these kids super powers.

The kid’s reactions to gaining powers were spot on, which is nice that we got something so realistic. Elena tested the limits of her flying, which felt almost suicidal, and then she actually started to worry about where these powers came from. I liked that particular moment because it accentuated Akio’s actions, it almost felt creepy as if the programmer was a godlike presence to these hackers. It became very real when Elena’s mind first went to how these powers can benefit her financially.

The way Akio’s motivations were explained was well done too. It explained why he calls the hackers his children, he’s using them as a proxy for his own child. The creation of these powers and 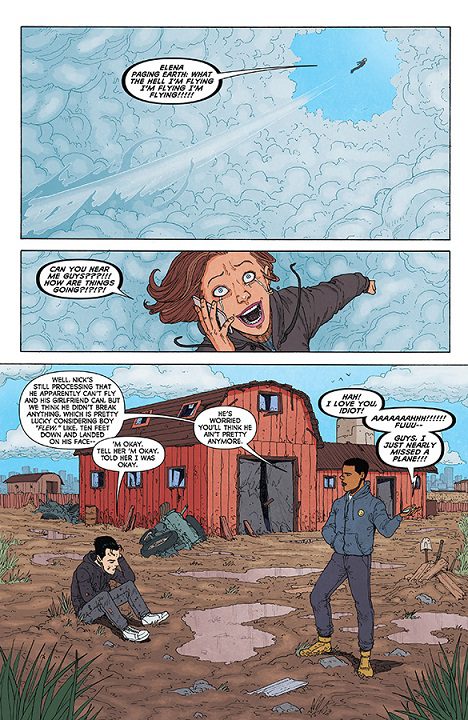 even Elena’s ability to fly are almost poetic in the most tragic way possible. Him protecting the family he lost and her the ability to feel free as her boyfriend continues to bring her down with him.

Speaking of Nick, he’s become truly unbearable. The explanation for his demeanor somewhat makes sense, but it was nice to see Baldwin finally call him out on his attitude and abuse of Elena. It’s tough to read his character, but that’s done so on purpose. I almost wish it was Nick who didn’t have powers, but I foresee Baldwin getting the better of that end somehow.

André Lima Araújo has really impressed me these past two issues. The artwork in this series has been phenomenal, from Elena’s space trip to tragic flashbacks, everything portrayed such strong emotion. Also, Chris O’Halloran and Clayton Cowles work as colorist and letterer should not be understated. This is a great looking comic book.

The sci-fi nature of getting super powers is obviously interesting, but what makes this series so strong is its character development and relevant social commentary. Just two issues in and each protagonist is fleshed out enough that you can already grasp who each character is. The most exciting thing about this story so far, is I haven’t a clue where it plans to go.