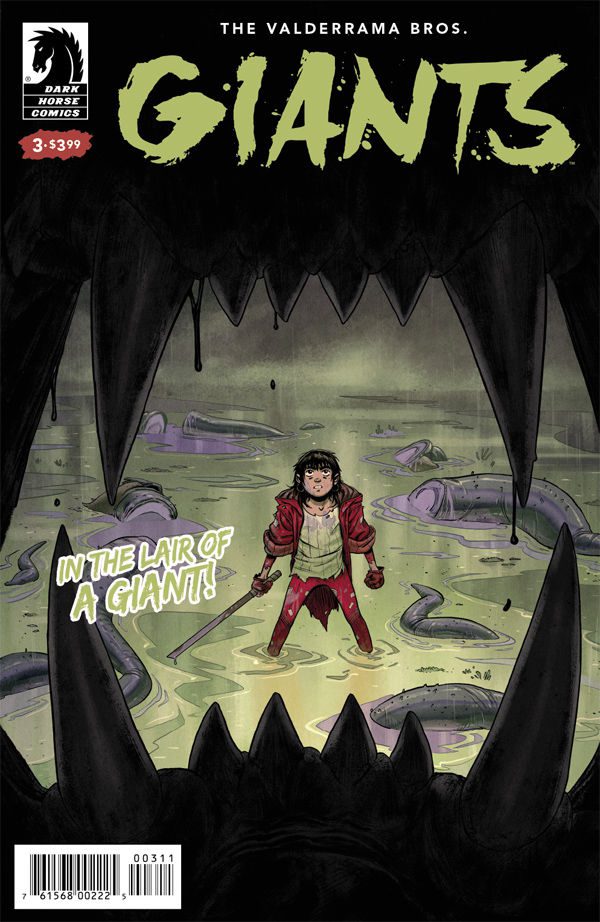 Giants is really building itself up now as we venture into the third issue of this series. Zedo is back with his gang known as the Blood Wolves and just as things seemed like it was going to be a good day for him, the rival gang Grim show up and decide to start something. Zedo is pretty frustrated but who wouldn’t be when you have to also avoid a bunch of giant monsters that are destroying everything up top in the surface. I tend to find these kinds of situations funny and frustrating at the same time. We have plenty of stories set while the world is torn apart and you’ll find all these factions that just want to rule and destroy everything when it’s already hard enough to survive without dealing with people that out trying to kill others. I did have a couple moments after things escalated with the gangs where I would something along the lines of “oh snap”. The way the events turn here is quite a thrill to see, especially how it all ends. 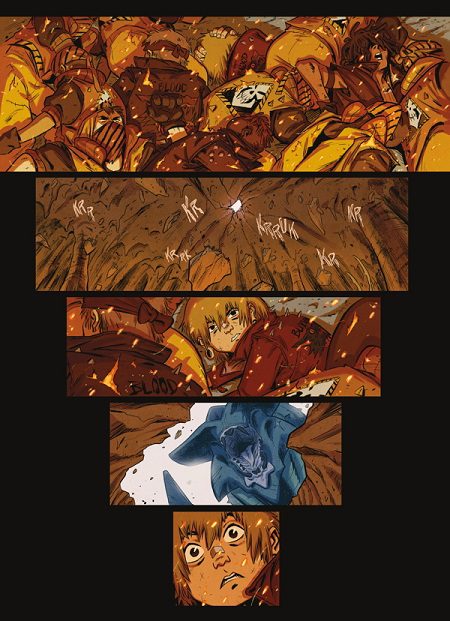 Things aren’t too grim everywhere though, as Gogi is learning how the surface dwellers he’s met are learning to adapt and make things better for everyone. Even though we see giant monsters that you would normally just try to run away from, Gogi and his new friend Uron go out to clear out giant wormlike creatures, essentially helping a monster so that they can collect the material they call ambernoir to help them continue to develop their living situation. I really enjoyed how they are showing people wanting to progress for a more manageable life. This is where you’re really seeing the polar opposites on how our two factions want to live, where one is seemingly all about survival of the fittest and the other about the survival of the entire population. It also get’s me very much looking forward to seeing how things will play out when these two groups will eventually come to a clash. Gogi is showing that he wants to a have a more stable life instead of struggling underground and Zedo is pushing to take things with the gang in a whole new direction.

Even though there is only really one pivotal moment in this issue, monster fans should check out Giants as it’s doing a fine job of not only giving us cool monsters, but we’re also given characters with interesting situations on how they need to do what they can to survive. With the great art and panel work from a small team, Giants is not a book people should pass up.