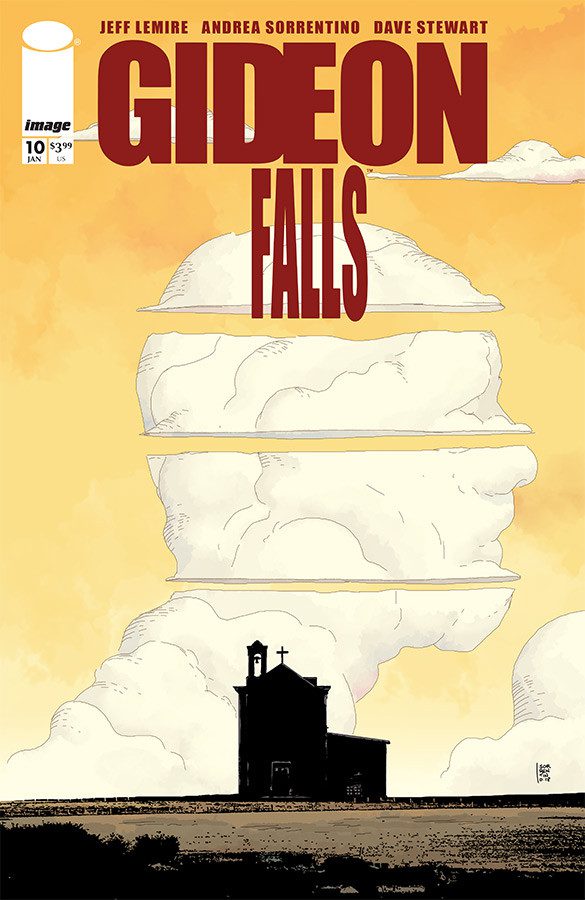 Gideon Falls #10 continues its story of being pure mental craziness as the story dives deeper into the mystery of the black barn. Father Fred pushes forward in his own personal investigation to find some answers on what he experienced in previous issues and while the story of the black barn doesn’t seem to get any closer to answers on its creation, along with whatever dark creature that we’ve seen lately. We do however begin to see and intertwine of Father Fred’s story and Norton’s story.

These two have been dealing with the same situation in very different ways but the story of Norton seems to become much clearer, at least that is what we are being led to believe. It’s great that we’re getting closer to a resolution on Norton but I won’t let the idea of his character end up being some sort of trick to the reader on who he actually is. Mainly because of how insane things get whenever the black barn is involved and we even get to learn new things about our characters because of these hallucination-like bits. The commitment that Father Fred and Norton have is astounding because something this unnatural would be difficult to really keep digging into.  I feel that Father Fred is really trying to help here to bring Clara some closure on her brother and Norton just wants to find answers for the sake of his own sanity.

Every issue delivers some fantastic art and this one is no exception. The direction and style that is used can really help carry the tone of a story and what we’re given here is so perfect.  The mood is always down and dark and our characters have very little sense of hope. There are those small moments with a glimpse of light and that glimpse is what’s lead our characters closer to solving whatever it is that is going on with them. The paneling continues to have some real creative fun in it done, especially on its last few pages.  Every issue adds questions while giving us some answers and Gideon Falls is a mystery thriller that everyone should be reading.