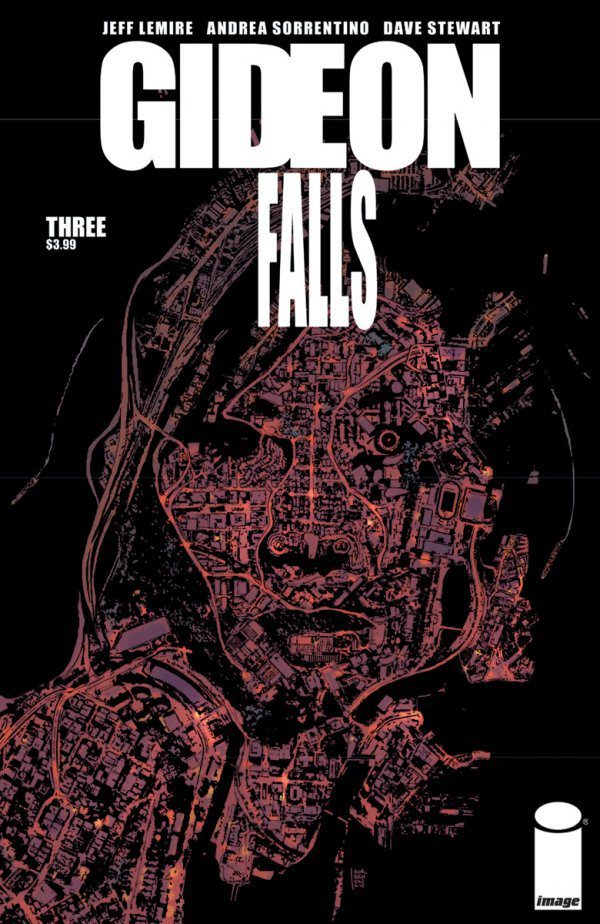 The new series Gideon Falls has been weird, mysterious, creepy, uncomfortable and I just love it. Father Wilfred has gone through quite a bit already with just the previous two issues and now he finds himself a bit at a loss. He’s trying to prepare for Mass at the church but considering all that he has just seen and found out, it would be hard to speak good things on God’s teachings with the recent tragedy’s that have befallen the town of Gideon Falls. I find one of the best things about Father Wilfred is how he continues wanting to provide people hope even though he has doubts about himself due to his own past. I do believe he continues his preaching though so that he can continue to follow a good path himself and as long as he is succeeding, he can share this experience with others to let them know it’s not too late to do what is right in your life when things have gone bad. On the other side of the story we have going on.

Norton is still as paranoid as ever, at least that’s how he comes off to anyone else that doesn’t know what he’s been seeing lately. He’s taking steps to protect himself and his doctor Xu joins in to share that she has seen the black barn along with a dark figure. For the first time, Norton has a look of relief as he finally has met someone that has seen what he sees but Dr. Xu is still in a bit of disbelief. Not many steps were taken further with these two in this issue, but enough to show that we will see more of them probably working together instead of seeing Dr. Xu have Norton committed back to the hospital.

I have been a big fan of Sorrentino’s art and the coloring done by Dave Stewart as they have been a great combo for this series. Even though we don’t get these epic splash pages like in other series, I think it just really delivers on the dark vibe everyone is feeling inside of them and sucks you into this depressing world that our characters are venturing through right now. Also, the dark figure is definitely one of the creepiest things I’ve seen in comics recently. Even though Gideon Falls is different and weird from a distant view, the mysteries inside are what will keep you coming back. So have a little faith, because I think everyone here will need some to get through whatever it is that’s coming for them.

Andrea Sorrentino gideon falls Jeff Lemire
Are you an Insider?News, reviews, & updates are just the beginning.