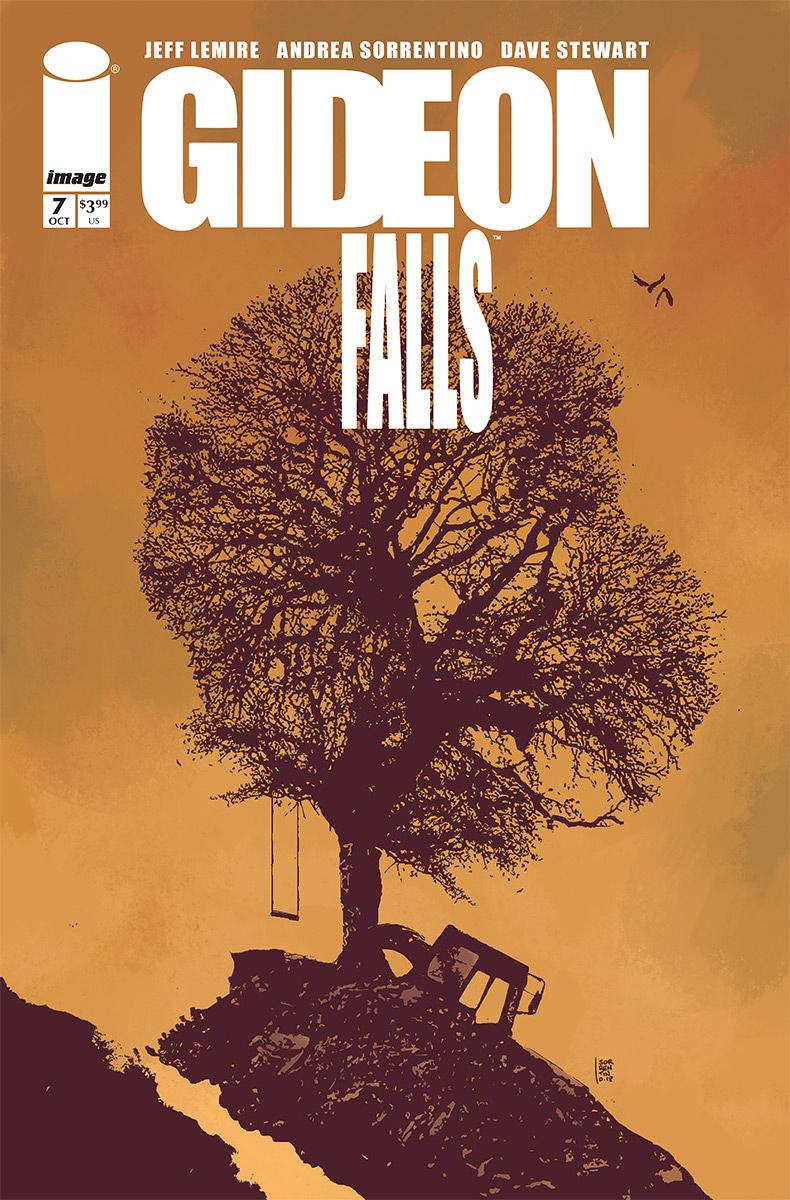 Gideon Falls is back from its short break and I have to say that it was needed to take in all that had occurred in the last issue. This issue picks right up where we were left off with Norton looking to rebuild the black barn. But he isn’t alone in this anymore. Dr. Xu has decided to help him. Given all that she has experienced herself, it’s easy to see why she’s quick to help him but a part of me thinks this is also just to finally put all of whatever Norton has been going through to a rest. Still, it’s great to see Norton get some help and you can see it in his eyes that he seems a lot happier now that someone is with him and has some understanding.

Later on, we jump into seeing how Sheriff Clara is doing as Father Fred stops by. It’s a very calming moment, something that the both of them really needed after what they went through. Both are confused about what all exactly happened and Fred still isn’t sure what he saw was real. What surprised me is how little Fred is in this issue but this small moment here just showed us that he may be coming along in his own battles with his inner demons. His fight is far from over but he may have finally found the direction needed to move forward here in Gideon Falls.

The art here from Sorrentino and Stewart still delivers hard with the dark shadow that looms over our characters. I love how real the emotion comes off from the characters faces. You see things like stress, depression, anxiety, confusion, worry, and anger. Seeing all that often though is what makes the happier moments for them much stronger. The paneling work in the series has been some of my favorite and it continues on here. The way panels are laid out just give a really nice flow to the book as you’re reading it and they still take a couple of fun and creative ways to emphasize a mood in certain pages. Even though this issue is still technically a new arc, so much that has happened is still used to keep the buildup going as certain new event’s occur to Norton and Xu and even Clara has realized something that may bring her closer to finding out what happened to her brother. Gideon Falls is still all about the weird, mysterious, and unknown but these compelling characters are what will keep you reading.