How far would you go to save the ones you love? We’re three episodes into FOX’s The Gifted and the Strucker’s and the Mutant Underground are being pushed to the limits for this central cause. Kate and the kids visit a relative to seek help while Reed is forced to betray the mutant underground to save his family; but when it comes down to it, will he really go through with the act?

‘eXodus’ opens with a flashback to three years ago showing the spark of Polaris and Eclipse’s relationship. Just outside of the Mutant Underground HQ, Eclipse asks Polaris “Do you ever wonder what it was that you did in a past life to deserve this?” while Polaris simply replies “I wouldn’t change who I am or what I can do for anything.” Polaris shows Eclipse the joy of her power as she floats above him and when the two embrace, their combined powers create a miniature aurora borealis. It’s a rare touching moment in a show that’s full of the pain and distress of being a mutant.

Back to the present day and Polaris is still collared in solitary confinement. The best offer she’s facing from Jace is visitation rights for their child when she and Eclipse are both in jail. Just before leaving he casually threatens her unborn baby and Eclipse if she doesn’t cooperate; causing Polaris to push her powers to the limits and break open from her cell, resulting in some nasty looking internal hemorrhaging. Following last week’s beating, all of this damage is making me nervous for her baby bump… 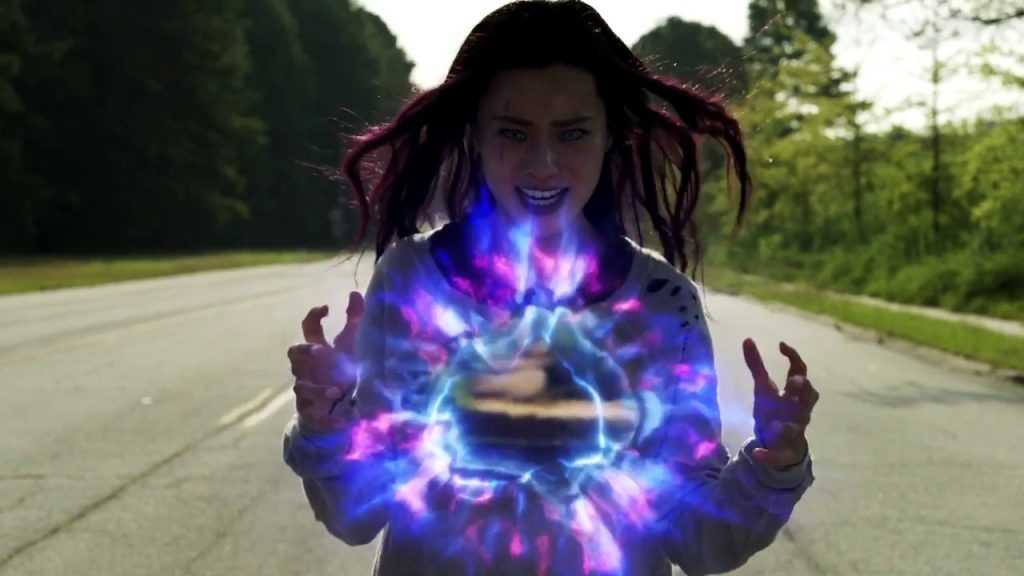 At the Mutant Underground HQ Eclipse plans to reunite with his family, but the only way of breaking Polaris out of prison is using Blink’s portals. However Blink is still recovering from her seizure, gaining a comic accurate pink mark on her face from the experience, but now she can’t seem to control her powers, so Eclipse tasks Thunderbird to train the inexperienced mutant. Cue X-Men style training montage! No? Ok…Instead Thunderbird instructs Blink that she needs an anchor, something positive to focus on to help control her powers. But the addition of Dreamer, Thunderbird’s old flame, complicates matters as she suggests using her memory-altering powers to give Blink emotions to motivate her. Thunderbird shuts this idea down but you just know what’s going to happen next…Why couldn’t you have just used the warm jelly doughnut idea Dreamer?!

Meanwhile, desperate times call for desperate measures as naive Caitlin takes Andy and Lauren to her brother Danny, as she believes that he’ll help her find Reed. Really Caitlin?! Anyway, Danny turns out to be a complete moron and won’t even help his own family just because they’re fugitives. He allows them to stay the night but his idiot son decides to share a picture of a trophy that Andy manipulated using his powers, which sends the neighbors on a witch hunt to their door, complete with guns and baseball bats. In the scene that follows we see an angered Andy exploding with rage, which has to be one of the best action scenes so far in the show. Andy’s behavior this episode really reminds me of Magneto, especially his talk of “us and them” and his suggestion to rob a bank. Lauren really needs to help teach him how to control his powers as he’s starting to worry me, especially with the strength of his telekinesis… 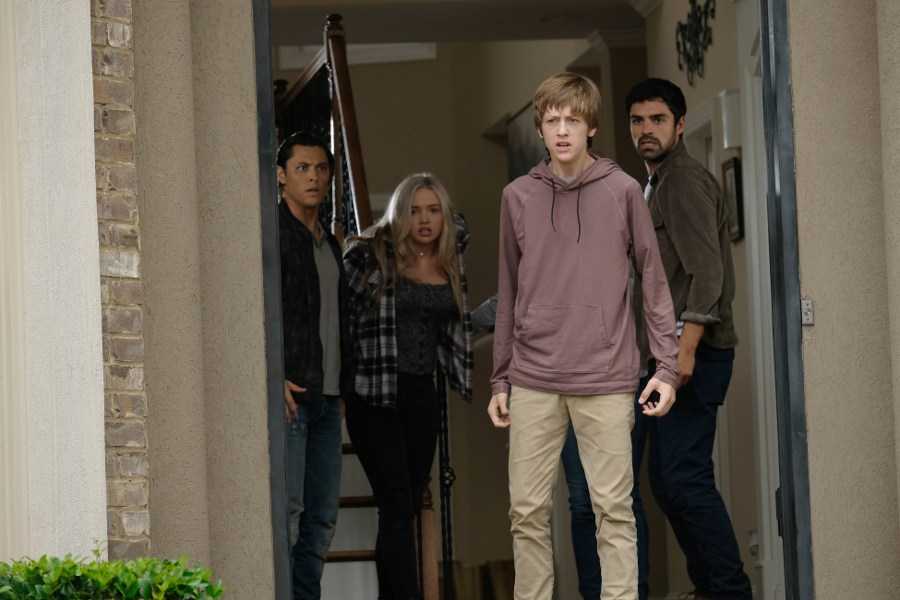 Cut to Reed working undercover for the Sentinel Services to try and infiltrate the Mutant Underground at the bar he first met Eclipse at. That’s until he connects with the other refugees that are searching for safety – a mother and her super cute daughter whose father has been arrested by the Sentinel Services, sound familiar? Reed once completely believed in the system that persecuted mutants like this mother and daughter, that’s until his world was turned upside down when he found out his own children were gifted. If you’re into comics you’ll probably see the parallels between this and Nightwing: The New Order. Reed’s empathy and compassion for the family showed some real development for the character and I’m genuinely intrigued to see what his next move is.

The mysterious Roderick Campbell also returned in ‘eXodus’, calling Jace to inquire about the Strucker children, adding a potential extra player into the mix. Just what are Campbell’s plans for the siblings? And whose side is he really on?

‘eXodus’ was another tense episode filled with impressive action scenes and tough circumstances. The central characters faced difficult moral decisions with loyalties being tested – but what side will Andy ultimately end up choosing? It’s just a shame that one of the strongest characters, Polaris, was hardly in the episode. Also, Caitlin seemed to make awful decisions this week which is a shame, as she had a couple of great moments in ‘rX.’