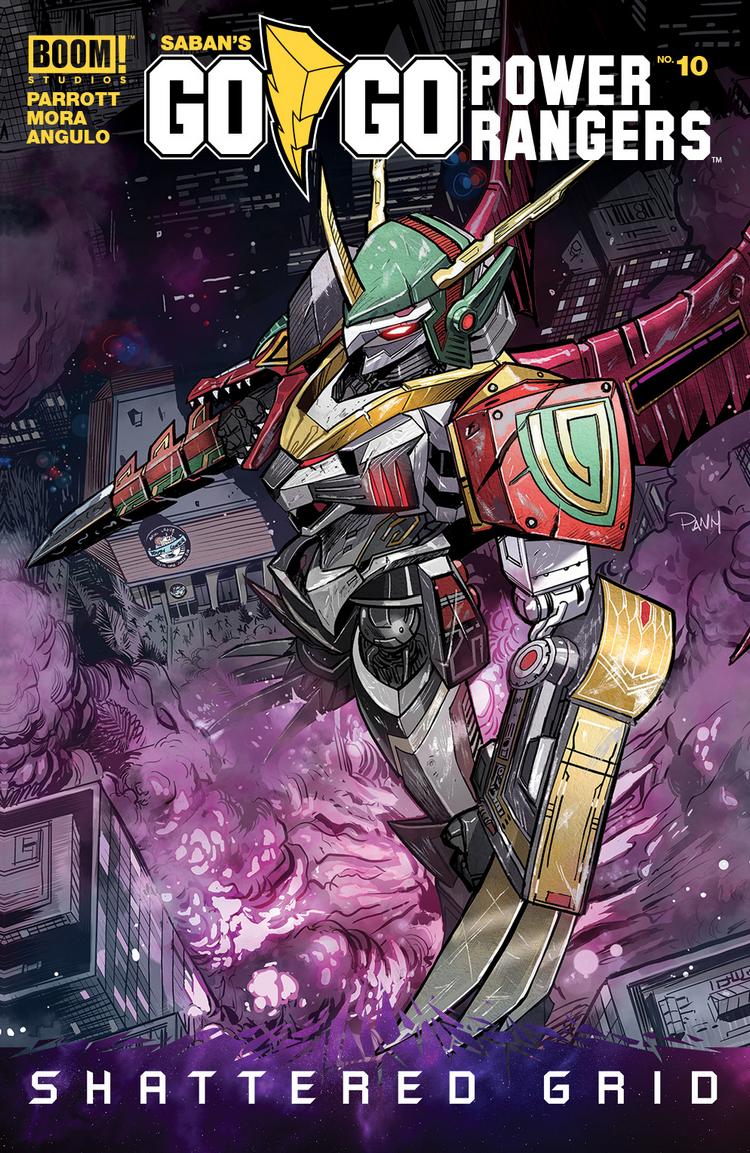 With the Shattered Grid event going on, you would assume Go Go Power Rangers wouldn’t be affected so much since it takes place before the events of the MMPR comics. Instead, it’s been giving us a riveting challenge for the young team as they continue to fight balancing their lives as power rangers and fighting the evil Kimberly that appeared in the last issue. Just like in the last issue, we start off seeing the evil Kimberly on her own world with the other freedom fighters. It is safe to assume that she is the mole in the group because her fighting our team of power rangers would need some serious explaining, especially with what she decides to do with one of the ranger’s friends in this issue. We get some great growth out of Billy with his newfound confidence and even Matt is showing that he is steadily moving forward after going through the tragedy he just went with being captured by Rita and replaced with a putty. Jason has some major personal trouble going on right now and he is seeking answers and help from Zordon. Zordon gives a great speech here on his position and it may leave the reader wondering how Jason will take the response that he got. Even though the action is taken as a secondary element in this series, it still delivers when it happens.

The cover shows what the Rangers will go up against, and I think the main cover should’ve been something different because the Zord they fight against would’ve been a nice surprise to see for readers that are familiar with what parts were used to make it. I can’t compliment the art team enough on this book with how lively they make our characters feel. Whether it’s dealing with personal drama, school, or fighting baddies, they are really doubling down and showing why people love the power rangers in the first place. Conversations flow like a smooth river as we bounce from a different world to different groups of the rangers as they all have something to deal with. The lettering is done well with nice coloring to depict which ranger is speaking when not in the panel and gets really lively when the action happens.

Shattered Grid is putting this team through some real challenges right now and with everything going on, it feels like they’re all doing what they can to hang on and push through. It’s exciting to see how everyone is growing from his or her experiences and you can see why they become the strong team that they are known as. You’ll always root for this team to Go Go as they charge into battle their daily lives and enemies.