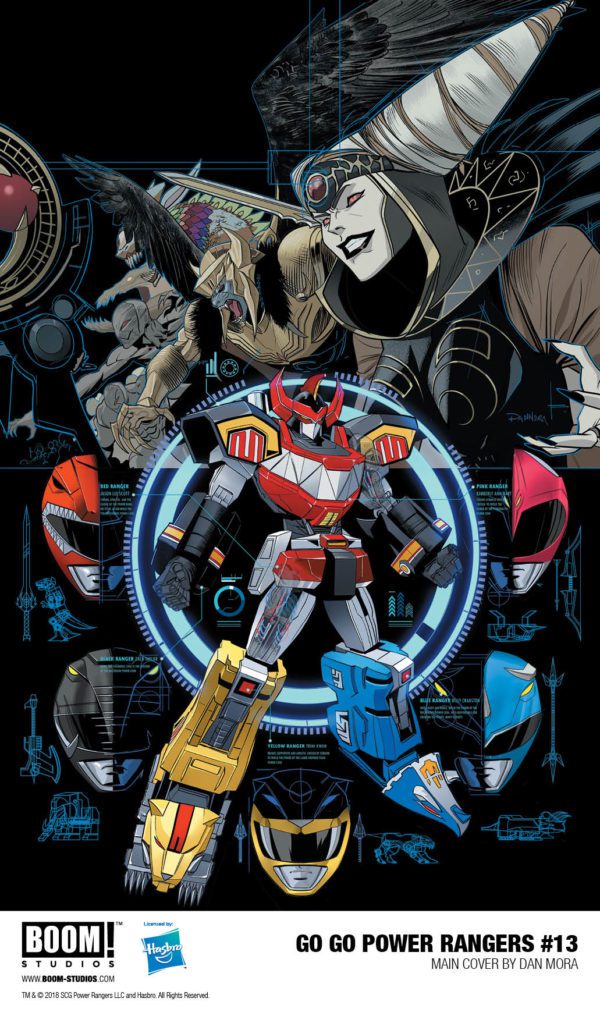 It’s just another day for the team with the new issue of Go Go Power Rangers as they defeat another one of Rita’s monsters. But, there’s still quite a bit that goes on in this issue. The Shattered Grid event recently ended and the team is continuing to try and balance their lives while being a ranger. Jason is trying to help his dad, Trini is struggling with her feelings towards Jason, Zack and Kimberly try to reconnect with Matt, and Billy is looking to build his relationship with his dad. Rita, on the other hand, works on a new plan in hopes to destroy the rangers and the events towards the end of the issue give a pretty nice twist that will really want you to come back and continue this new arc.

Have you seen this:
TLDR #11: Something is Killing the Children / Deadpool Kills the Marvel Universe

This issue continues to really build these characters as being relatable in their situations outside of their costumes. Jason is hiding what’s going on with his dad from his friends, which is understandable. Trini’s crush on Jason is cute and I think anyone that really starts to like a friend will understand and have quite a good laugh with her situation. The action that’s brought to us in this series is always a bit quick but the fight at the beginning with the monster makes a nice joke on certain things the team should do more often when fighting. Rita does begin her new plan and in a way, she made an accomplishment with it.

With the new arc, we also have a new artist here. With Dan Mora gone, some may have wondered how well his style would be followed up and I can say that you will NOT be disappointed. Eleonaora Carlini’s illustration work here is absolutely phenomenal.  We get a couple of great splash pages with the power rangers either using their weapons or morphing and the colors that keep coming from Raúl Angulo keeps everything looking fantastic. Everything with this series continues to outshine other major superhero team books. With the fun characters, great art, and blasting action. Go Go Power Rangers is the superhero book any comic fan should at the very least check out.  The characters feel real, the tone is great, and it just always leaves you wanting more. If you haven’t jumped on Go Go Power Rangers yet, this issue is a great place to start.

Have you seen this:
Something Is Killing The Children #16 (REVIEW)
Boom Studios Power Rangers ryan parrott