God Wars: The Complete Legend brings another Tactical RPG to the Nintendo Switch but is it worthy of its highly esteemed peers?

Set in the land of Mizuho, the story of God Wars: The Complete Legend draws heavily from Japanese folklore. The tale is set after a series of natural disasters have thrown the world into turmoil. Seeing only one solution, Queen Tsukuyomi of Mizuho sacrifices her daughter to Mt. Fuji and imprisons her other daughter, Kaguya, for future sacrifice.  Years later, Kaguya is saved by her friend Kintaro and the two decide escape Mizuho and find out the cause behind all of the destruction and heartache. Check out the trailer below:

Back in 2017, Kadokawa Games (Demon Gaze, Rodea the Sky Soldier, Metal Max Xeno) and NIS America (Disgaea series, Danganronpa series) released God Wars: Future Past on the PlayStation 4 and PlayStation Vita  to middling reviews. After seeing the success of various titles on the Nintendo Switch, the developers added some DLC and now look to capitalize on the popularity of the hybrid console. This approach has worked well, especially for RPGs, and with a long campaign backed with 14 playable characters with 30 classes, God Wars: The Complete Legend boasts over 100 hours of content. Not enough? Well the new Legend of Yomi DLC also adds another playable character along with 50 new stages. 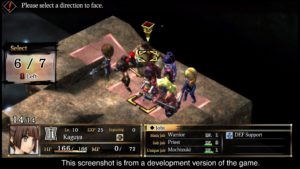 With all of this content, it would appear that God Wars is set up for success, however, we all know that throwing in the kitchen sink doesn’t mean anything without good gameplay. Unfortunately, gameplay is where God Wars misses the mark entirely. The Tactical RPG is a well worn genre routed in the likes of Final Fantasy Tactics, Fire Emblem and Ogre Battle, yet God Wars decides to eschew some of the basic guidelines of a TRPG to try a new aesthetic that hinders the ability to properly play the game. Beginning with the controls, God Wars has decided to tilt the battlefield and leave the controls in an awkward square position. In an action game this would not be a problem but with a TRPG this adds a great deal of frustration when trying to make basic moves across the board. This is further exacerbated by the addition of unnecessary options that draw out eachcharacter’s move and disrupt the flow of the game. Combine this with a very basic sense of level design and players with be hard pressed to reach the 10 hours mark, much less the 100 hours suggested by the developer. It’s odd to see such a departure from quality, especially seeing as NIS America (note: they’re the publisher, not the developer) released Disgaea 5 to critical acclaim on the Switch just last year. 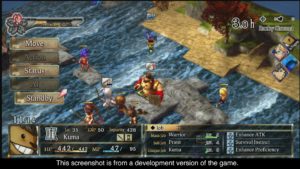 Seeing as there are so many games that outline the basics of the genre, it’s hard to play a pretty game like God Wars that gets all of the hallmarks wrong. Visually, the game is similar to its predecessors and would not be out of place on the PlayStation2. The cell shading and graphics are made to resemble a pixelated painting style in line with traditional Japanese art, adding beautiful layers of color to the lengthy story. It’s unfortunate that the aesthetic doesn’t translate into the gameplay.