As a child of the 90s, R.L. Stine was my bread and butter and often the only literature I could chook down that didn’t bore me to tears. The first Goosebumps film had our protagonist unwittingly let loose classic Goosebumps ghouls upon a quiet town while offering a signature R.L Stine twist in its final act. It was fun, nostalgic fun that not only inspired by Stine’s literary words but also managed to pay proper homage to the children’s novels. Goosebumps 2: Haunted Halloween does none of this and is completely devoid of any connection to the original novels outside of a dummy and a few useless cameos. Goosebumps 2 just felt like another cheap ploy to capitalize on a familiar name. Nothing about this movie made it feel like a Goosebumps tale, it literally could have just been called The Haunted Halloween and no one would have known the difference.

Our tale opens with the Quinn family as this single parent home struggles with your typical teenage drama we see on every Disney channel show. Where am I going to college, how am I going to finish this project, we are late to school. You know the usual light-hearted family drama. Things get complicated when Sonny Quinn (Jeremy Ray Taylor) and his best friend Sam Carter (Caleel Harris) find the original Goosebumps story and accidentally awaken Slappy and the horrors within the manuscript. Sarah, Sonny’s older sisters tasked with babysitting the two boys finds herself trying to stop Slappy and his monstrous minions from taking over their town and making her family his own. 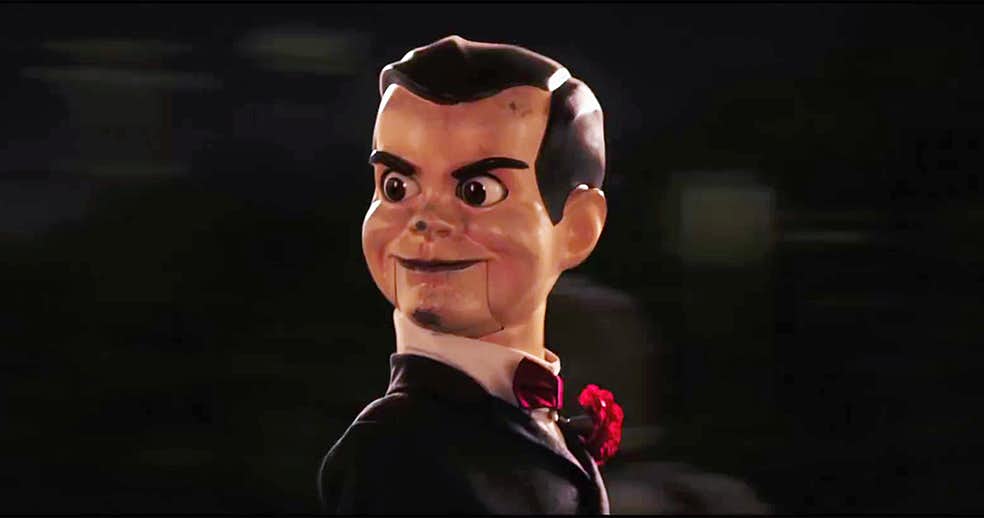 The performances from the kids are fine but nothing extraordinary while our adult cast of comedic heavy hitters like Ken Jeong, and Chris Parnell are doing their best with the material they were given. But unfortunately, no amount of star power or hilarious antics from former sketch actors could have saved this movie from its unexplainable and pointless plot. Very little happens in Goosebumps 2, the gist is Evil dummy gets released, wants to use unexplainably convenient old Nicola Telsa factory to spread his magic around the world while he turns the Quinns mom into his own Dumified Mommy. But at no point did I ever feel like anyone was in any actual danger or that the monster roaming the town posed any threat. They just seem to be there to showcase some great visual effects but offer little beyond set dressing. Everything about this movie just felt pointless and forced, even Jack Black’s role is nothing more than a pointless cameo that has no bearing on the plot and could have easily been cut without the audience even noticing.

While my 7-year-old daughter found Goosebumps 2 a delightfully good time that wasn’t the least bit scary. I found it to be a boring, uneventful, VFX showcase that did little to showcase its Goosebumps roots and instead felt like a forced sequel will no real direction or stakes. Here is hoping the teased sequel which was honestly the most compelling part of the film, does more to push this potential franchise back to its family-friendly horror roots, offering something that is both scary, entertaining, and invokes everything we loved about the Goosebumps series.