I really love mob movies. As much as I hate what they do and how they do it, I find myself perversely fascinated with the inner workings of the mafia and I love seeing that drama play out on the big screen in movies like Goodfellas, The Godfather, Casino, etc. When the opportunity to watch a bio pic about the life of the “Teflon Don” John Gotti came along, I jumped not expecting much of anything that I hadn’t seen before in documentaries or true crime shows about Gotti and the workings of the Gambino crime family and sadly, my lowered expectations were justified. 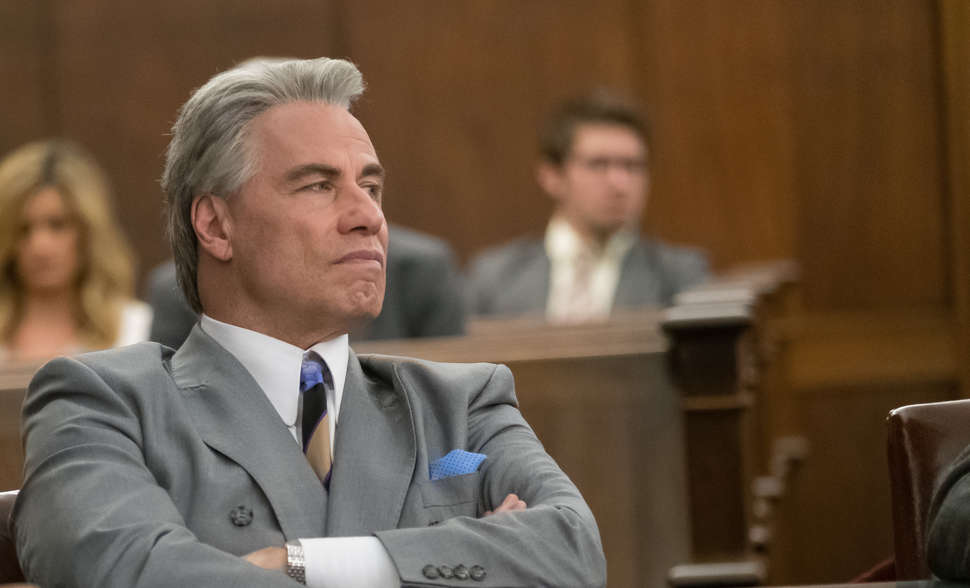 You Smell Somethin’ Bad in Here?

Gotti tells the uneven, confusing and meandering story of the rise and fall of mob boss John Gotti. Cut between several time periods and vignettes in the gangster’s life, Gotti finds himself rising to prominence in the mafia by knowing who to trust and who to kill. He has no qualms about killing who he needs to for the sake of power. The film shows how Gotti’s lifestyle affects the people around him, including his family when his son becomes a member of the mafia and tries to follow in his father’s footsteps. There are moments showcasing Gotti in court, Gotti as a father, Gotti as an enforcer and others mixed in with John Gotti as the main focus. Even in the scenes that don’t feature Gotti, his narration tells the story. 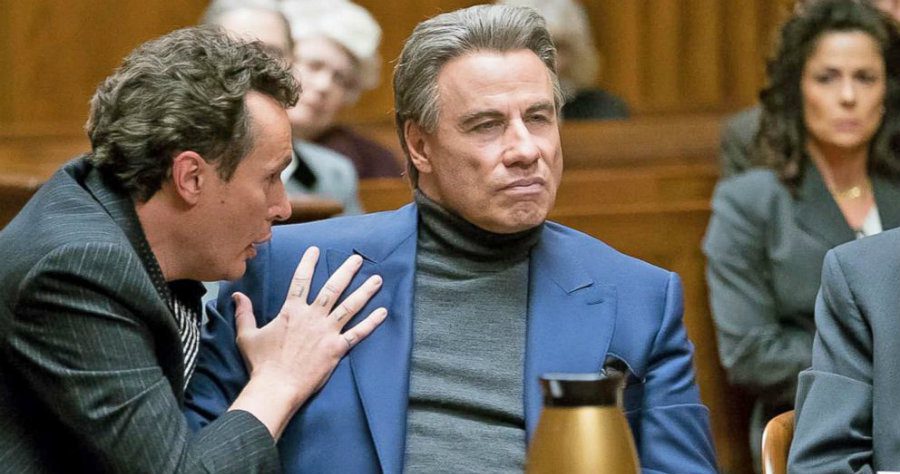 Seriously! What smells in here?

John Travolta plays Gotti and his performance can be boiled down to the two facial expressions he sports throughout the film; “Something smells bad in here” and “I’m confused about what smells so bad in here”. His sneering and scowling are part of a performance so wooden, I kept waiting for someone to tip him over every time he stood up. Every scene he is in is trying and failing to capture similar moments in better films. The only time he ever seems to show any emotion is in scenes with his real-life wife Kelly Preston, who plays Victoria Gotti. Those scenes are terrible as well with the real life married couple chewing the scenery in what looked like a dinner theater version of Who’s Afraid of Virgina Woolf. Every time they appear on screen they start yelling at each other for no reason other than they THINK that’s what they are supposed to be doing in the scene.

The supporting cast is forgettable. Not one of the characters in this film leaves much of an impression because too much of the focus is on Travolta’s morose, uninteresting, lacquered performance as Gotti. Beyond that, the movie is a mess of bad storytelling, forgettable dialogue and a slapdash plot that I kept waiting to hear a voice over cut into because every moment felt like the dramatization of a bad Investigation Discovery crime show.