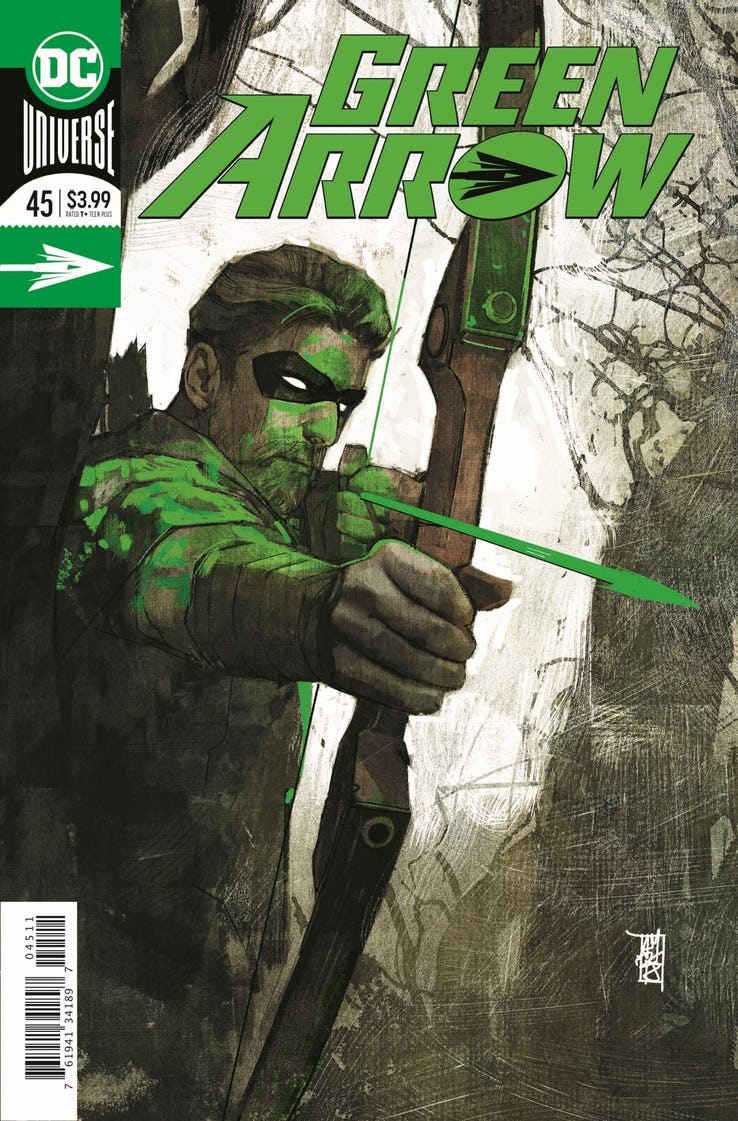 Now, I don’t blame Oliver for running through his memories of Roy, or even that nearly all of them were just the bad memories. We’ve all lost someone. You run through a wide range of emotions.

What I believe is telling in circumstances like this is when someone has an outburst, like Oliver did towards Superman and the entire Justice League. Oliver’s just doing that to take the heat off himself. Because he feels that all eyes are on him for pushing Roy towards the Sanctuary – which isn’t exactly off-base.

You could spin that, in an indirect way, Green Arrow was responsible for Arsenal’s death. And if I were in Oliver’s position, I don’t know that I’d feel differently.

What I don’t get: for all the changes he made with Dinah’s help, he couldn’t even give Roy the time of day in their last encounter. They never talked about Sanctuary. Right before that, Oliver had a hard time trusting Roy’s decision-making abilities when they worked in the field. Clearly, Arsenal was asking for the impossible by looking for Green Arrow’s approval.

What I find worst about this toxic relationship: Oliver knew they had a bad relationship, but he still welcomed Roy back from time-to-time. To this point, he’s addressed every problem he’s personally had, except his relationship with Roy. And it was on Oliver because of Roy’s addictive nature. Arsenal couldn’t fully let go of his desire for Oliver’s approval, especially when they were in close proximity.

That’s on Oliver for not being the bigger person and fully acknowledging to Roy that they would never be good for one another.

That all being said, Roy’s death will motivate Oliver’s death going forward. Not just in his hunt for Arsenal’s killer, but in how he helps each and every person.

One side note: no-show out of Jason Todd. Wouldn’t have minded if he made an appearance and clocked Green Arrow one time.