I hope I’m not alone in wondering one thing above all else after reading Green Arrow #47.

How in world did Green Arrow’s get-up fit Black Canary so well? It’s just not believable. You give me a superhero who can fight criminals with a supersonic screech, I’m buying it. A vigilante keeping the peace in a major city in the US with the use of a bow and arrows totally could see how that would work. But there’s no shot Oliver Queen’s outfit fits Dinah Lance like a glove. She’s fit and all, but he’s kind of built a bit larger than her.

Anyways, Black Canary stole the show to start the issue, even though Green Arrow received all the credit. Most important in all of it, they took down that lunatic, Citizen. Unfortunately, that led to a very on the nose moment with Green Arrow where he went full-on political.

I will say, he had a pretty damn good message. Protesting is great and can be effective, but now everyone’s idea of a protest is an unorganized mob that solves nothing and truly only hurts the cause. They also give power to people like Citizen, who would be just like every one percent if he was given the chance.

Which is probably why Green Arrow wants everyone to drop the “woe is me” act. If you care about a cause and want to fight for it, do so in as effective a manner as possible. Don’t just create chaos to ruin everything for everyone because you aren’t where you want to be. 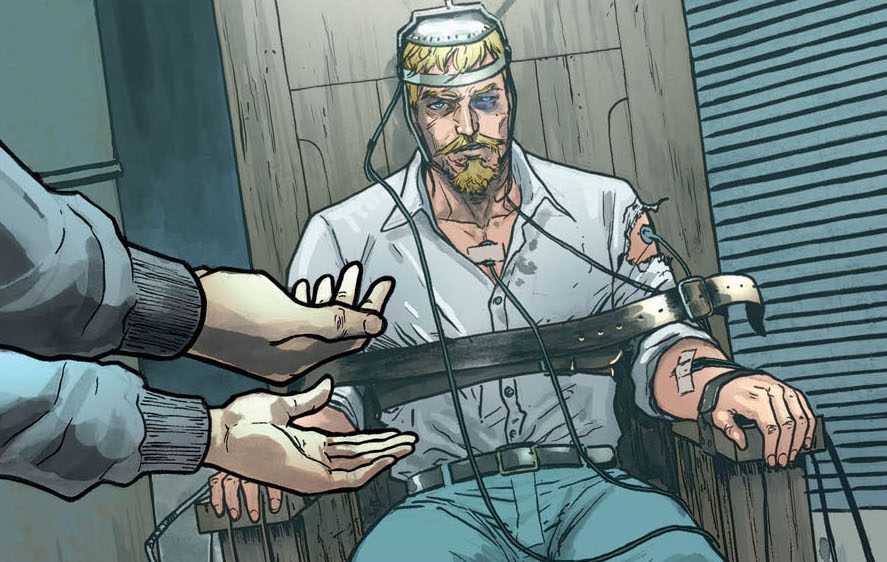 Green Arrow #47 saw an end to quite a few things, with the trial ending recently and the ninth circle stuff seemingly in the rearview. Oliver has a lot to deal with in the aftermath, but things could go anywhere from here.