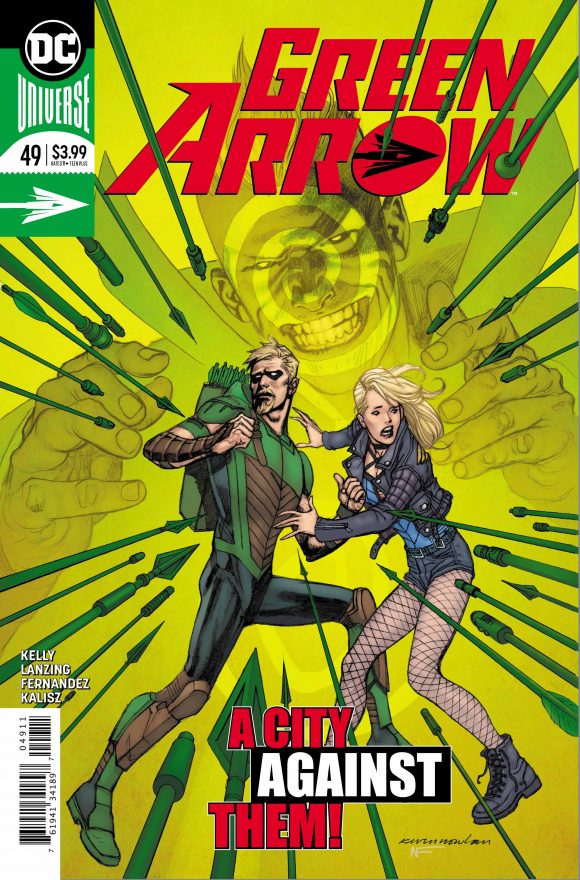 The death of Roy Harper has had varying effects on those close to him. Most notable of the two are Red Hood and Green Arrow. Let’s stick with the latter, who is filled with nothing but regret, carrying over his sorrow to Green Arrow #49.

In a battle with Vertigo, a villain and old acquaintance of Roy’s, Oliver Queen can’t help but think back to moments in time with his late friend. Conveniently, that proved helpful in his defeat of Vertigo.

But it also played a part in the awkward conversation between Green Arrow and Vertigo, where the latter learns of the Arsenal’s death. The conversation exposed Queen’s current fragility, which is understandable. Not to the point where he should want to kill another person but you (hopefully) get the point.

Green Arrow #49 puts a quick end to the battle with Vertigo and, more importantly, set the table for what appears to be a rather exciting upcoming Green Arrow #50, which will end the run of the Green Arrow title, for now.

In some ways, Green Arrow’s story coming to an end isn’t stunning. The way social consciousness was integrated into the story was a bit much at times and seemed to be the main focus above all else. There’s certainly room for lessons—and plenty of them—but there’s a strategy to it. It’s what always made the X-Men such an outstanding group. They were subtle and had tact—two things Green Arrow lacks in pretty much every way.

It’s a shame two awesome characters, Arrow and Black Canary, won’t have more time together. They really do work well off one another. But at least we’ll get what looks to be an unforgettable matchup coming up.