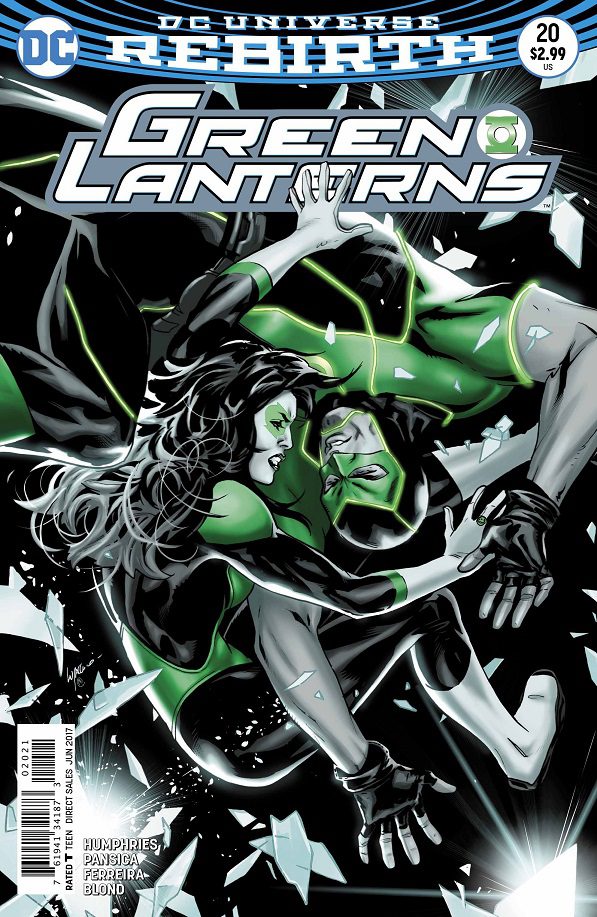 600 feet below sea level, Simon and Jessica are trapped in a ball of twisted metal that is taking on water fast. Simon is trying desperately to escape as Jessica turns inward and tries to focus her mind to summon the willpower necessary to escape. As the pair breaks free, Jessica realizes that it wasn’t force that freed them, but her ability to transcend her own fear. As they continue the hunt for Doctor Polaris and his missing brother, the villain himself is trying to treat his brother’s illness while trying to hold onto his own fragile sanity. As Polaris begins to retreat deeper into his psychosis, he relives the moment when he got his powers and is visited by someone familiar. 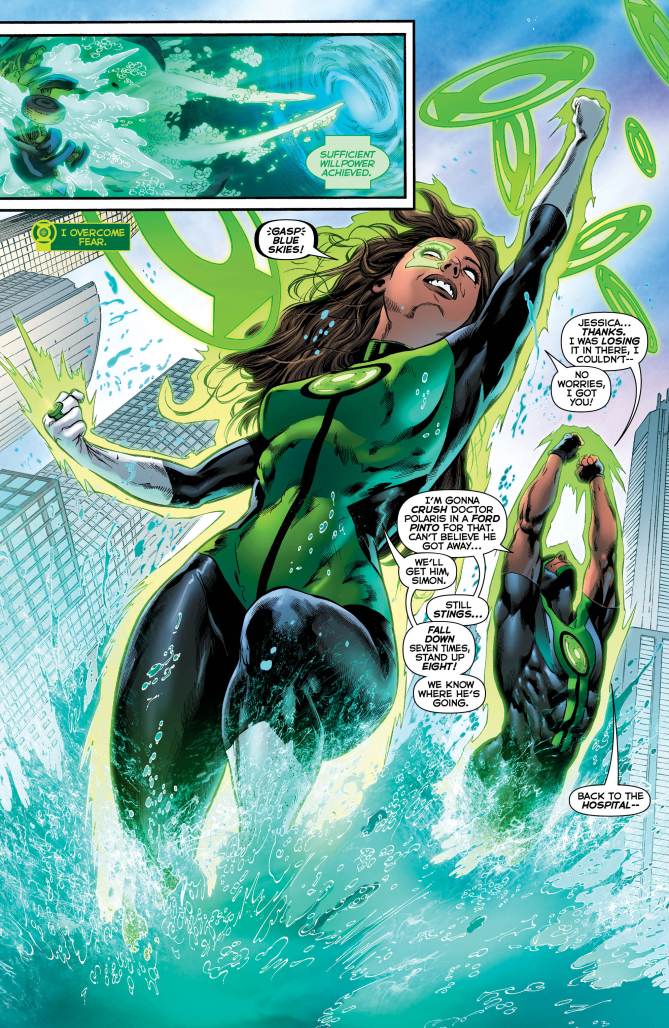 Watchtower. Simon recalls a moment from his past between himself and his brother in law. One that is distracting him from the task at hand and possibly jeopardizing the mission. Dr. Emerson continues to wage war within himself as he straddles the emotional line between helping his brother or giving in to the part of his psyche that wants him to become Doctor Polaris again. The decision he makes will have dire consequences for someone. Meanwhile, a meeting is taking place amongst the stars where the topic of conversation is Simon Baz and Jessica Cruz.

If there is one thing I can say to sum up the series so far is that it is consistent. The characters and their internal struggles can sometimes be a little heavy handed, but the overall story of these two nascent heroes is consistently readable. Sam Humphries does a good job of layering more complex personal struggles in the narrative without leaving out the action that the series deserves. Eduardo Pansica is really good at bringing that action forward and his panels flow really well to move the story along. While there isn’t really much to this issue that is groundbreaking, it does consistently deliver on the established conflicts between the two main characters. The turn with Doctor Polaris is tragic overall, but not unexpected. Hopefully the next issue with resolve that turn in a satisfying way.