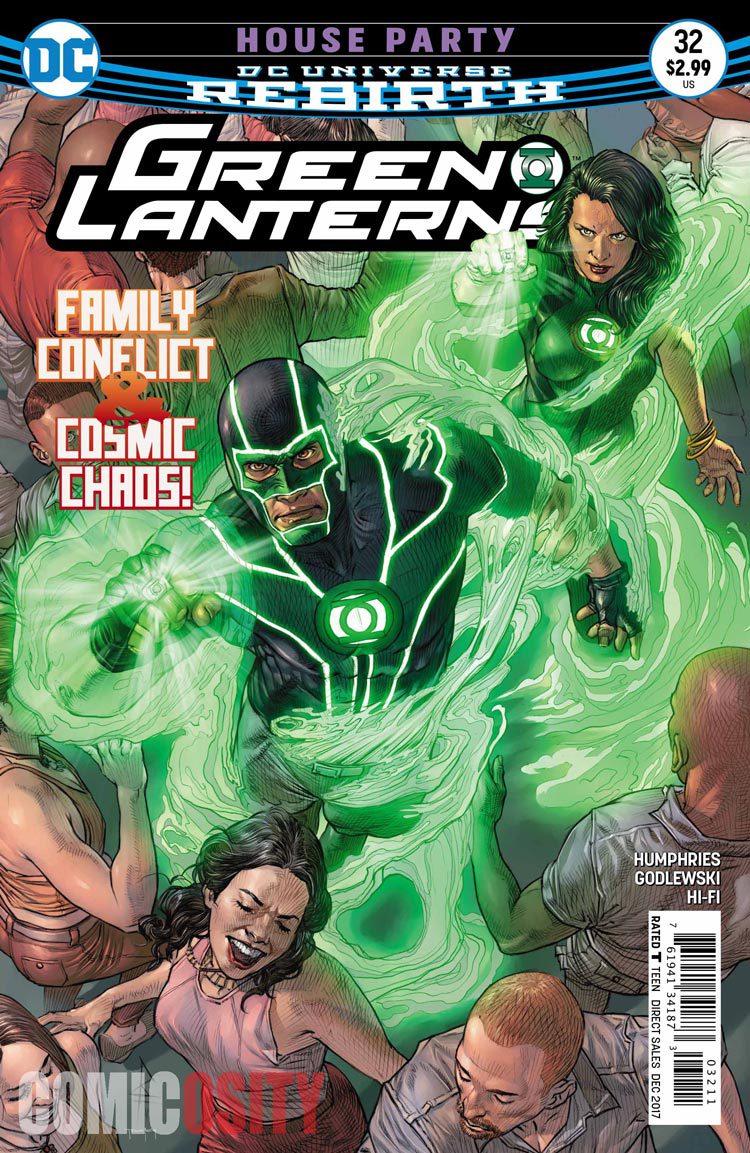 Simon and Jessica have finally returned to Earth and Simon is holding his partner to the promise she made to get him some pancakes. After the last adventure they had in time and with Volthoom missing, they are looking forward to this first meal back. Unfortunately, duty calls as the Lanterns are called off on a mission just as they get their food. The Lanterns spring into action as a giant lava spewing alien rips through suburban California. As they fight the thing, they remember a speech from John Stewart where he reminded the pair that they are the Green Lanterns of an entire sector, not just one planet. A sentiment that, as a reader, I have shared since the beginning. 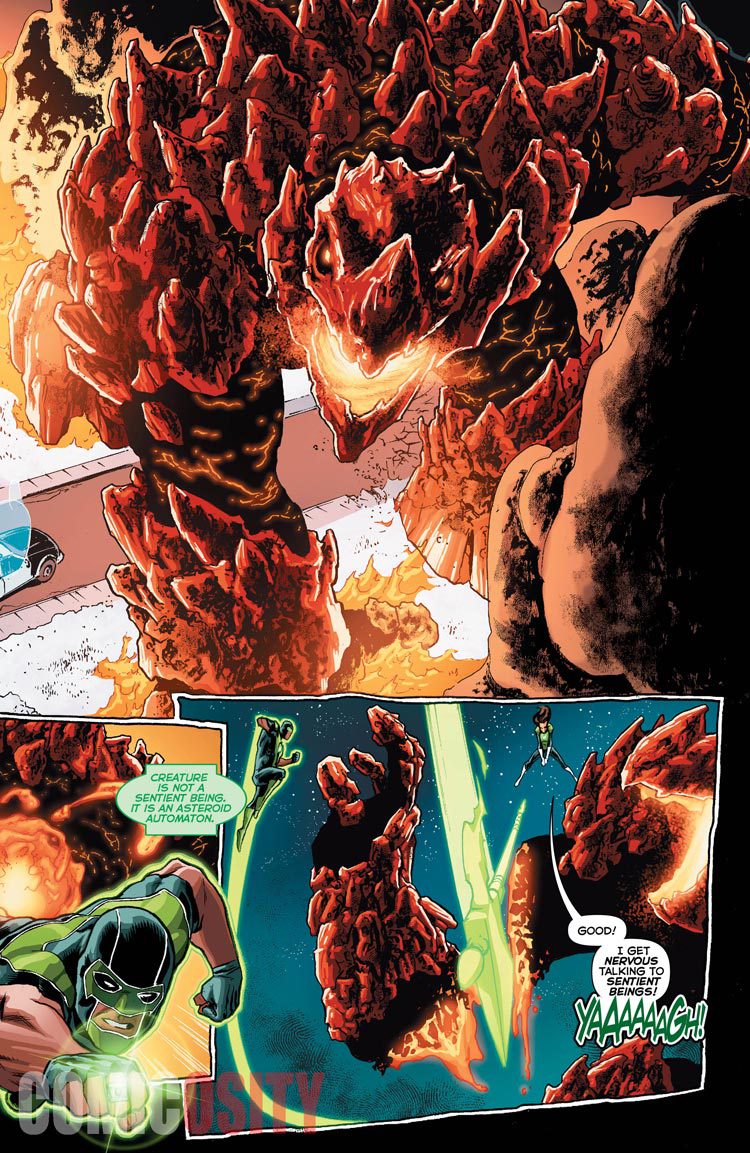 After they take out the beast, Simon takes Jessica to a party with some of his friends from high school. The real motive behind why Simon brought her is revealed when Simon’s sister and her husband arrive. Simon and Nazir begin fighting, which prompts Sira to lock them both in the bathroom to finally let them hash it out. As they do, Simon’s sister tries to break Jessica out of her social anxiety and get her to meet some people.

This is a fine “no stakes” issue. As a means of clearing up one of the conflicts with Simon, it works to give him a realistic resolution to his relationship with his brother in law and his commitment to being a Green Lantern. For Jessica, there is a moment where she breaks out of her shell a little. Something I enjoy seeing because scared Jess is annoying at times. For what it is, the story and artwork well to move the story along and give readers a little breathing room before the next arc.