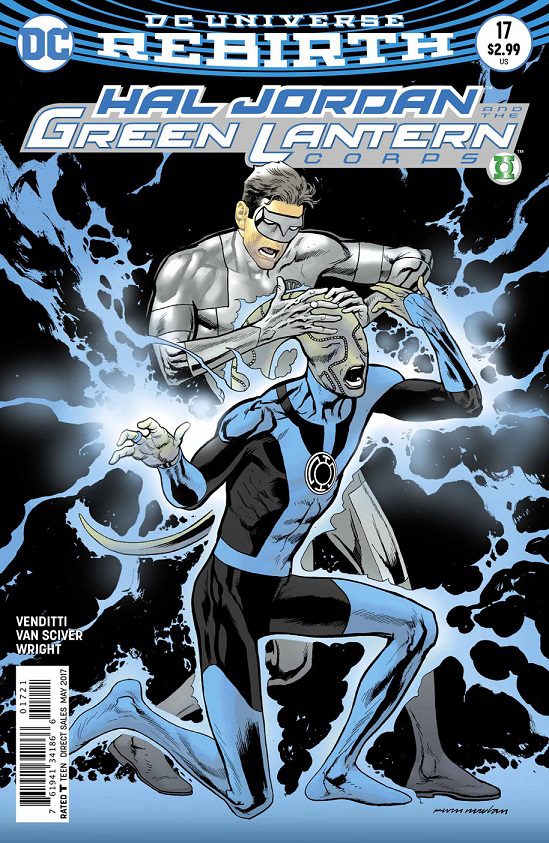 On the sentient planet Mogo, home of the intergalactic police force known as the Greek Lantern Corps, the captured Sinestro Corps members are restless. As they continue to refuse the offer of amnesty made by Sinestro Corps leader Soranik. With both corps working together to try and do good in the galaxy, many of the hold out Sinestro Corps members are waiting for the toughest of them, Arkillo, to rescue them. When they seem him brought in on a stretcher and placed in a cell, they immediately start to wonder who was tough enough to take out one of Sinestro’s best fighters. Meanwhile, Guy Gardner is recovering in the medical bay and being congratulated by the returning Hal Jordan and Kyle Rayner. 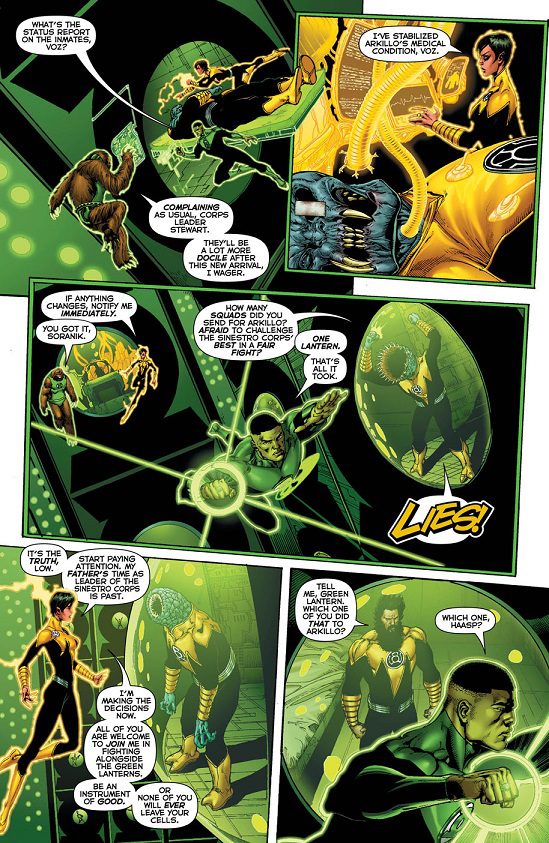 As John leaves the room, Guy has a rare moment of introspection. Something that is rare for the character and a little out of place. Guy goes to visit Arkillo in his cell and actually has another rare moment. Hal and Kyle are off to see Ganthet and Sayd and the two Lanterns have a heart to heart which sees Kyle getting some of the praise that he always seemed to crave. They enlist Saint Walker to try and unlock the full potential of Kyle’s powers. The experiment leads to some interesting revelations and the beginning of larger mysteries, ultimately helping Kyle discover who he truly is as a Lantern.

Hal Jordan and the Green Lantern Corps #17 seemed a little bit like a placeholder story. Robert Venditti seems to be teasing something in this issue, but it’s a little hard to pick up. The story moves along just fine, but there really isn’t much there story wise. Ethan Van Sciver’s artwork is always good and his attention to detail is appreciated. I don’t think he was given much to work with in this issue. Even the last page reveal is sort of anticlimactic.