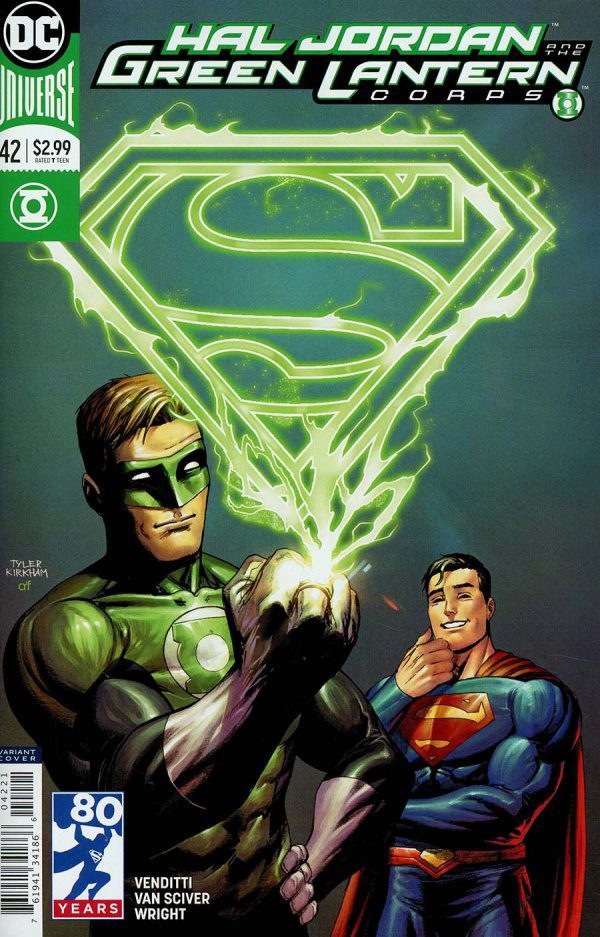 The Controllers have been thwarted multiple times so far by the Green Lantern Corps. The last time was when they attempted to resurrect their numbers by trying to kill the remaining Guardians of the Universe. Their latest attempt involves the resurrection of the Darkstars. As the Controllers marvel over their newly enhanced and more advanced Darkstars, John Stewart and the rest of the Green Lantern Corps marvel at the relative calm across the galaxy as the increased patrols in each of its sectors have seen a drop in incidents that require the Lanterns to intervene.

At the sciencells, young Lantern Somar-Le goes on her daily voyage to visit disgraced former Green Lantern Tomar-Tu to get answers to why he killed. The remorseful Tomar-Tu explains to the girl the reasons behind his actions, but the conversation is interrupted by Hal Jordan, who wants to talk to his former friend about his actions. Unfortunately, while he has remorse for the pain his actions caused, he doesn’t feel guilty for committing the act itself. At this moment, Tomar makes some pretty good points about the failure of laws as deterrents and how taking the life of someone determined to kill might not be lawful, but it might still be the right thing to do.

This leaves Hal with some interesting questions to ask himself, especially about the nature of justice vs law. As Tomar and Hal continue to debate, the Controllers are confronted by a Darkstar that has broken free and is in search of a host. Unfortunately for everyone, it might have found the perfect one and no one can seem to stop it.

I really liked the tight focus on this story. As someone who has been reading this book for a long time, I wanted to see how the Tomar-Tu storyline would play out. It would have been too easy to lock him away and forget him and this arc allows readers to remember that there are still repercussions to the failure of the combined Green and Yellow corps and maybe this story will explore that fall out as well.