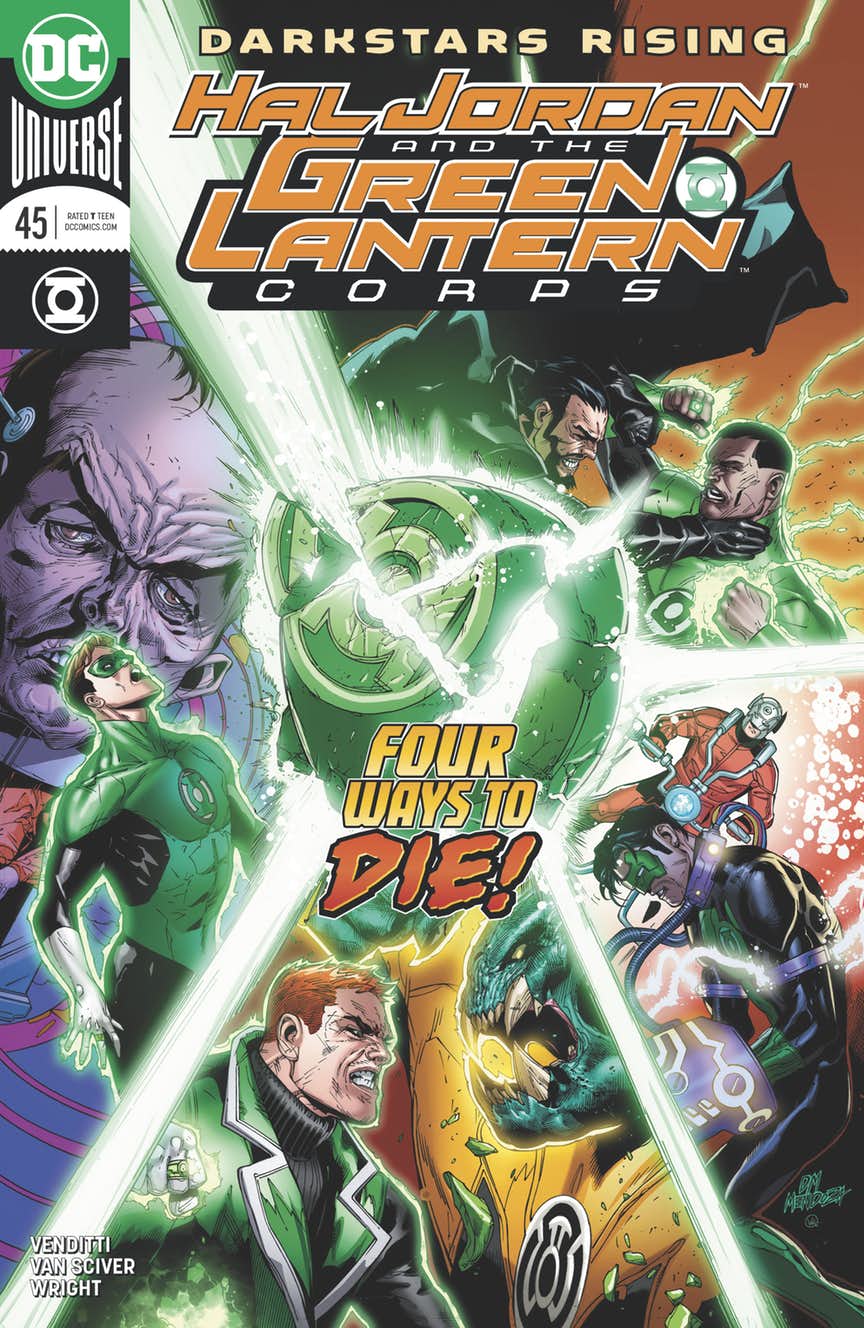 The conflict between the Green Lantern Corps and the Darkstars takes its inevitable turn to direct conflict as a Lantern is transporting a triple murder suspect to custody and is attacked by a group of Darkstars, leaving the Lantern dead and his ring heading back to Mogo. Hal Jordan has his hands full trying to break out Hector Hammond as he runs into Atomic Skull doing his job guarding the prisoner. Their conflict ends when Hammond wakes up.

John Stewart used a desperate gambit to get Zod’s attention and it seems to have worked for the most part. While Zod continues to pontificate, John actually has a plan. One that he needs to unveil quickly or it could cost him his life. I like this moment. The conflict between the corps and Zod has always felt one sided with Hal’s rushing in to fight without assessing the situation. I like that Stewart goes in with a plan and doesn’t force the conflict until absolutely necessary. A really good piece of writing that even leads back to Zod’s core enmity with the Corps itself.

As the corps is making friends in low places in order to take on the Darkstars, Tomar-Tu decides to confront Guy Gardner and Arkillo as they discuss a concept seemingly unknown to the both of them, forgiveness. Of course, Tomar comes in not to attack the pair,  but to offer one of them a job. It’s a clever move and one that should make for some interesting conflict in this upcoming war.

I really enjoy where this story is going. Venditti has written some interesting and well played out character conflicts. I would have liked to see the Tomar/Guy moment last a little longer, but that moment adds a new dynamic to this conflict. One that will be cool to see play out.