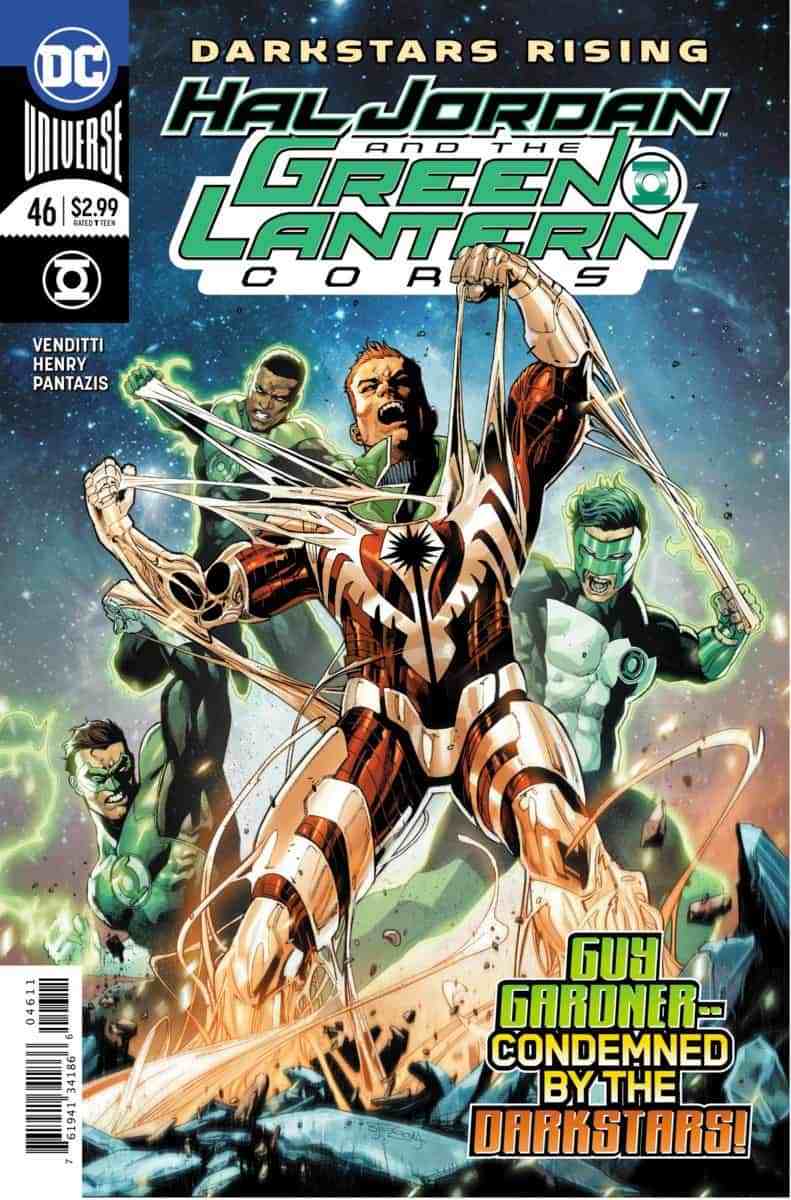 Roland Gardner is standing across the street from what used to be his favorite bar, trying to stop himself from going inside. As he thinks about the mistakes he made with his son and convinces himself that he needs a meeting more than a drink, the sins of his past come back to haunt him in the form of the newest recruit to the Darkstars, his son Guy Gardner.

Hal Jordan has taken Hector Hammond to a secluded planet in order to get answers from him about how to defeat the Darkstars. Hammond wants to help Hal with this dilemma, but he has a hard time fighting his own nature when he offers Hal the help he thinks the Lantern wants. He also confronts Hal about the guilt he’s been carrying around inside him about the things that he has thought about doing to his enemies. As part of Hammond trying to help Hal with his mission, he causes more harm than good.

John Stewart and Zod come to an agreement regarding the General helping the corps take out the Darkstars. Instead of going to Zod for might in the fight ahead, Stewart needs something else. Something the general is all too happy to part with. Kyle has worse luck trying to get Highfather to let Orion help them and Cabbie gets some bad news about his newest acquisition. The corps isn’t exactly working at their best in this issue and they seem to be losing more ground than they are making, but it’s really good drama that comes to a head when Guy confronts the physical manifestation of his pain and is forced to make a decision that could change him forever.

I like that this issue goes from the big themes of the last one to something smaller and more personal. It gives some great insight into the characters while providing some development. I’ve never been a fan of Guy Gardner, but this issue gave me the spark of thinking about him differently as a character. Henry’s art is great as well and the details in his work help enhance each panel.