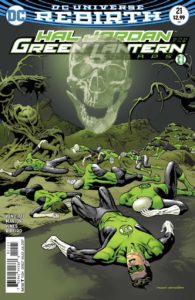 As Hal and Rip Hunter speed toward sector 563, Rip is upset that none of their actions seem to have done anything to repair the timeline. Hal proceeds to give him a lesson the differences in how Green Lanterns channel fear. We learn what Hal thinks of his fellow Lanterns and how they wield the power of will. As the depowered Corps confronts the creatures on Mogo, John Stewart rallies them to fight as Kyle and Soranik look on from the medical wing. As the two of them secure the wounded, they have an intimate moment that wasn’t over the top. As Sarko relishes his plan, he is confronted by Hal Jordan. 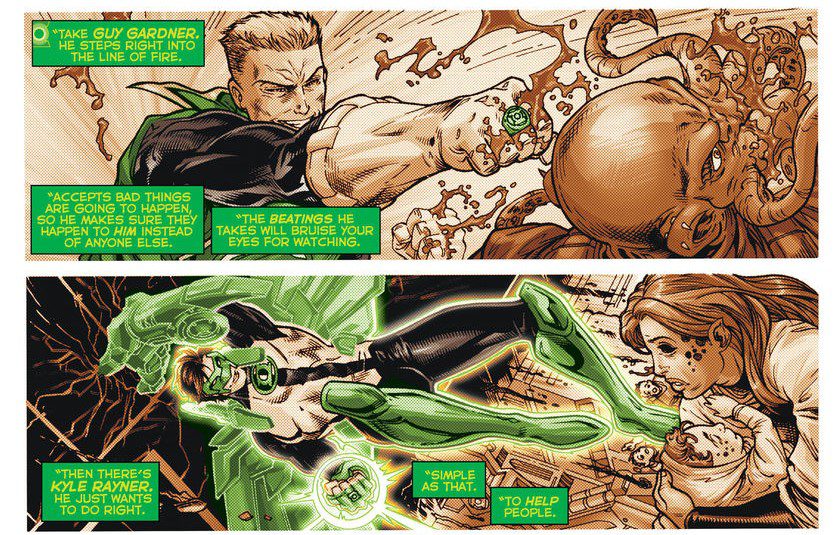 Meanwhile, Soranik and Kyle have rallied the troops to take on the creatures as well but John is struck down by one of them. As Kyle tries to use John’s ring to help them with a strategy, he asks it how they can stop Sarko. The ring shows him something that causes Kyle to leave Mogo in a hurry. As Hal takes on the living manifestation of Krona’s Gauntlet, Kyle arrives to witness a personal tragedy that has the potential to affect his budding relationship with Soranik. 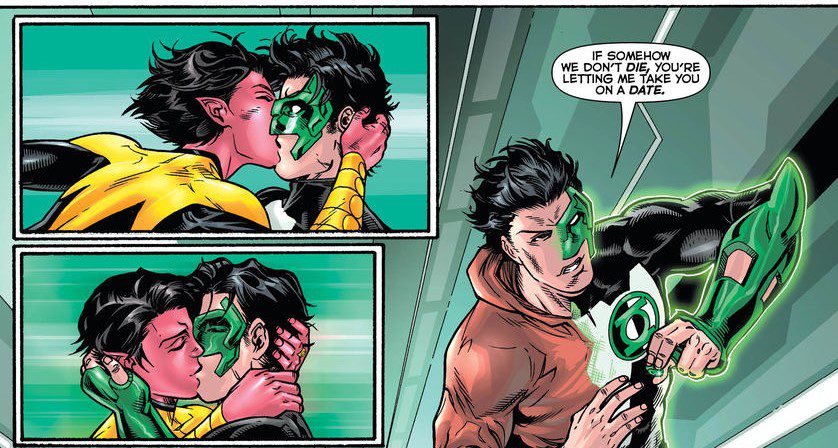 The conclusion to this story arc is well done. I enjoyed the moments where the audience got a chance to learn more about how Hal views his teammates. Venditti concludes this arc with an interesting nod to future conflict for Kyle. The final battle seemed a little rushed in its execution. There was such a build-up to this moment that the resolution should have had more emotional impact. Marion’s artwork was great, especially in the action scenes. Hopefully, the next arc will build on the groundwork that this last one laid.