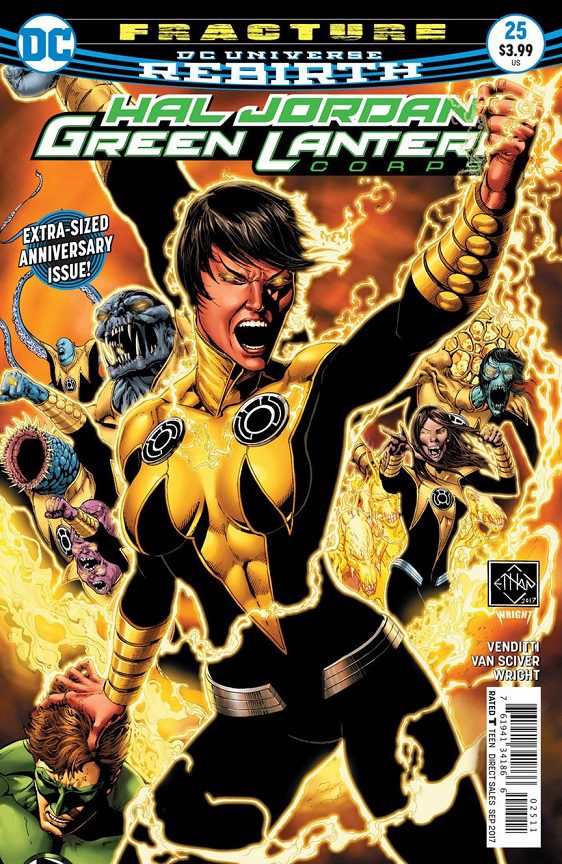 The tensions between the two corps have finally come to a head when members of the Sinestro Corps form a lynch mob and demand Tomar-Tu. Hal is the only one standing between the disgraced Lantern and the justifiably angry Sinestro Corps members. Hal makes a declaration that he will protect Tomar-Tu until he is tried for his crime. As he makes the statement, Guy arrives with an injured Kyle in his arms. As Arkillo and Guy demand to know who branded Kyle, Soranik steps forward, addresses the crowd and confesses to the act.

As she continues to address the gathered members of both corps, she makes a decision that will have huge ramifications for everyone involved while Kyle stands in impotent silence. As she declares her intentions, John Stewart arrives to try and fix the situation. Putting forward the fact that he went public with Tomar-Tu’s crime in order to show her that the law is more important than a specific Corps. As the lines break, new alliances are formed and others are ended as both sides begin to battle. As Soranik makes her choice, John initiates something he’s been working on that no one was aware of. 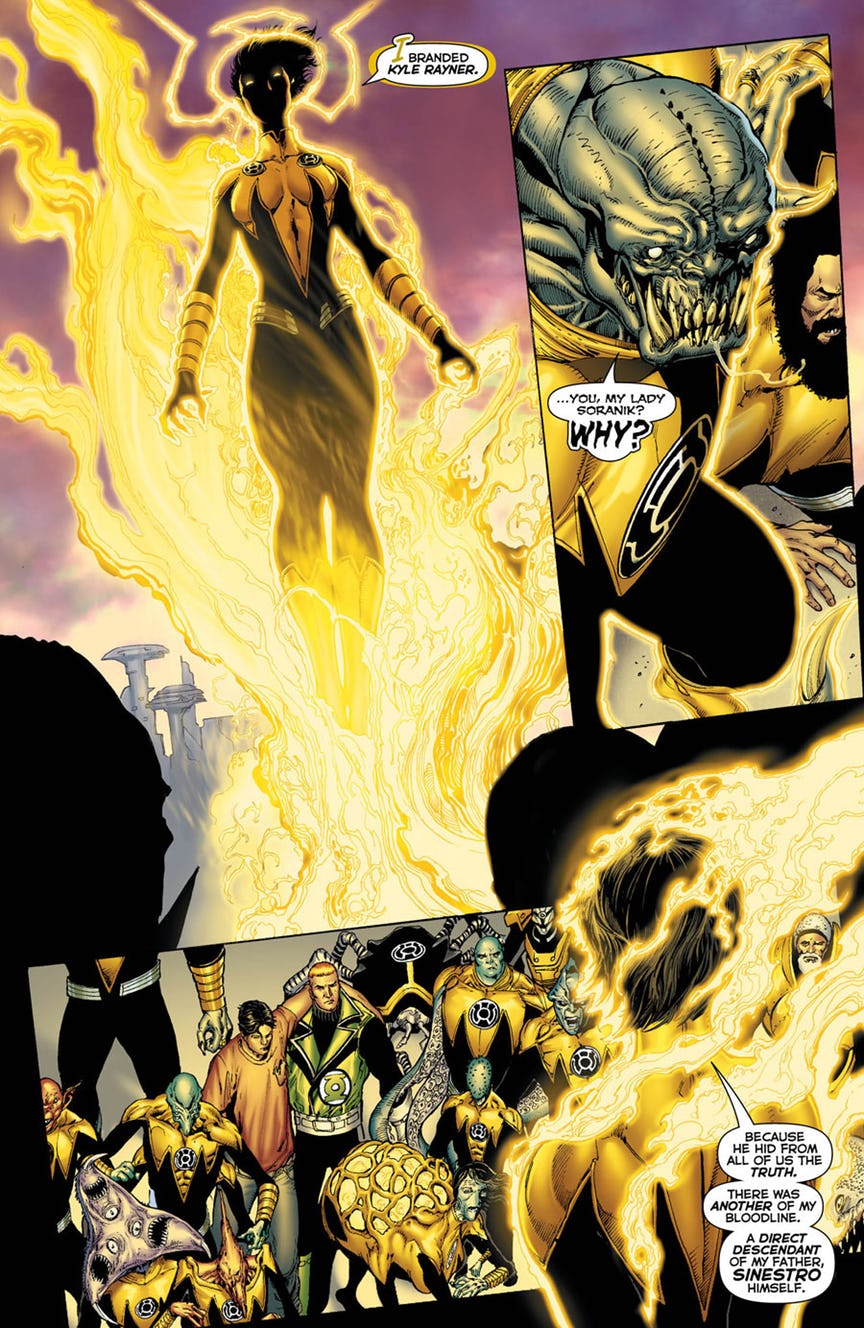 In the aftermath of the battle, John has to come to grips with the decisions he made and the consequences of those decisions. As John deals with those issues, an old threat emerges from parts unknown.

I’m glad that this particular story ended the way it did. While there were moments that I felt were a little forced, especially Soranik’s turn and Kyle’s inability to speak, it was gratifying to see John Stewart prove to everyone that there is a reason he is the Corps Leader. Venditti delivered on practically everything that he set up with this storyline and Van Sciver’s artwork was brilliant to behold, especially in the facial expressions from Soranik and John. It will be interesting to see how the next encounters between these previous allies play out in the future.