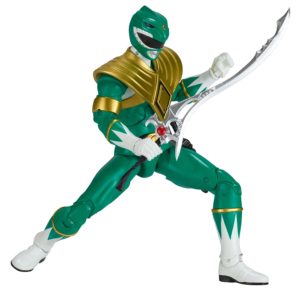 After 25 years of products that ranged from eh to confirmed epic status, Bandai is set to lose their title of: master rights license holder for Saban’s Power Rangers at the end of 2018.  Starting in 2019 toy juggernaut: Hasbro will gain the license with new products expected to hit stores in Spring 2019.

If Hasbro handles this license the way they have both Star Wars and Marvel from Disney, there is a lot to stoked for in 2019.  With both Star Wars, and Marvel the legendary toy company has been able to appeal to collectors through their Star Wars Black, and Marvel Legends lines, while at the same time producing mass product for children to enjoy. 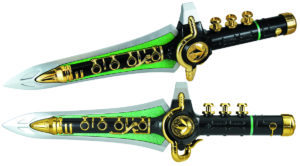 I look for Hasbro to the same thing when it comes to the Power Rangers license: quality products for collectors in probably a 6 inch scale, and more playable toys for the children who actually watch the current incarnation the show.  Bandai did some great things for the Power Rangers property in the past few years by targeting their legacy line toward collectors, while still maintaining a children’s line.  However they never could find the perfect balance, the legacy line prop replica’s would be incredible, while their 6 inch figures left a lot to be desired in terms or sculpt, articulation, and accessories.

Look for the first wave of Hasbro Power Ranger figure to hit store shelves, and online retailers in Spring of 2019.