Having Super Powers can come with Super Problems Supergirl: Being Super #2 Review 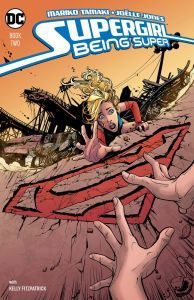 The character of Supergirl has always intrigued me much more than that of Superman. The adaptations of Kara Zor-El over the years, in comics, cartoons, and live action television, have provided a far more flushed out personality for me than her Kryptonian cousin. I’ve always felt that the dynamic of Kara having a far more emotionally fueled delivery, both in the respect that she’s more likely to let loose with her powers (often leading to her being referred to as stronger than Superman as he almost always holds back) as well as her behavior just being far more human. She gets sad, she gets angry, she gets embarrassed, she’ll want revenge, she’ll become ecstatically happy. She’s always felt far more comprehensive as a character, and this amazing mini series by Tamaki and the beautiful art accompanying it by Jones, catapults my appreciation for this character from here all the way back to where Krypton once sat.

Being Super is a true coming of age tale, Kara is as we typically see her, on earth, shielding her true identity of her alien nature and powers from the world, except when her dad needs the tractor moved, which she nonchalantly lifts over her head while she continues to text. She is a teenager, struggling with turning 16, struggling with understanding how she fits into the world, feeling alienated (no pun intended) from everyone. Kara is extremely close to her two best friends, Dolly and Jen. In the first chapter you got to see the perfect high school trio of best friend presentation, they were different enough to balance each other out, and similar enough to mesh together like pieces to a puzzle. During a track meet, which is where Part 2 picks up, a horrendous earthquake hits. 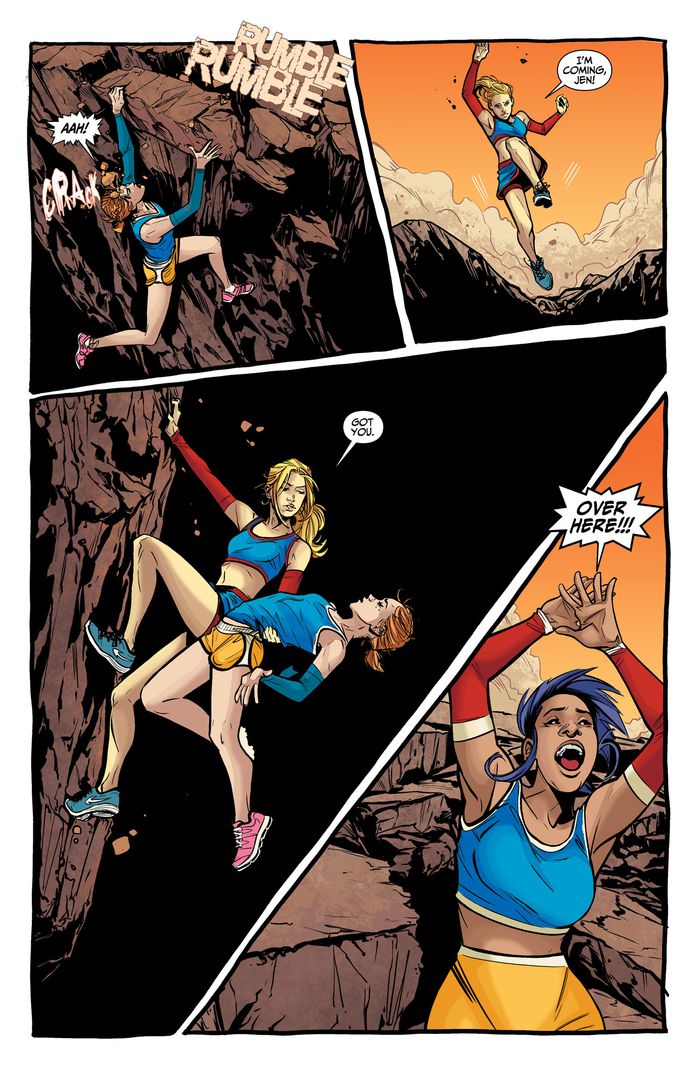 In the midst of the mass hysteria, Kara and Dolly race to rescue Jen from falling into the opening created by the quake. After Kara stops a telephone pole from falling onto Dolly, Kara jumps in to save Jen. In the midst of the stress and anxiety of the situation, which literally could not have been written or drawn better, Kara’s powers begin to fail her. This theme had begun presenting itself in Part 1, but really comes to head here. As Kara’s grip fails, and Jen is unable to hold on, Jen falls, while Kara jumps after her, desperate to save her friend, she is caught by Emergency Services, forcing the Girl of Steel to watch helplessly as one of her best friends falls to her death.

The presentation on the page of the utter devastation and emptiness that Kara is engulfed with following the tragedy is so masterfully gut wrenching, that it is absolutely beautiful. The soul of Supergirl is truly respected and evolved in this mini series. Tamaki’s experience in the young adult genre gives so many wonderful layers to Kara Zor-El and Jones’ art just expands the impact and emotion this incredible book conveys. This incredible pairing breathes such life into a beloved character. They also manage to do something that is often extremely difficult to portray, taking a character with such power, such strength, so utterly alien, and making them human, truly relatable.

The execution of this book is remarkable and what they do for the character is incredible. As Kara struggles with putting her life back together after the void left by her friend’s death and simply just adolescence in general, we take an even bigger turn, integrating another dimension. At the end of Part 2, Kara goes to her pod from Krypton and pulls out the iconic red cape, proudly displaying her family coat of arms and the symbol for hope. Wondering what it all means, revealing that this telling of Supergirl does not have memories of her life on Krypton, though she is haunted by nightmares of it, as she vents her frustration smashing her fist into the ground something very interesting happens. Her pod begins to activate and what appears to be Kryptonite handcuffs attach Kara to her pod.

As we end this chapter of this incredible story, our hero is left lying on the ground screaming for help. If this doesn’t have you on the edge of your seat eagerly awaiting the release of Part 3, then I’m not sure what would have you hooked! The masterful handling of this character is truly commendable, I am thankful that such care and appreciation is taken for Supergirl and I cannot wait for the remaining issues of this wonderful mini series. Sink your teeth into this beautiful coming of age tale to learn what is more difficult to wrap your head around, growing up an alien, or simply being a teenager. Simply wonderful, I cannot say more about how much you should unquestionably read this series.

Until next time Earthlings and Kryptonians alike, keep it nerdy.