Stoic. Menacing. Competent. The Emperor’s Royal Guard is a splash of color in the Imperial black and white. They possess a presence that elevates them above the regular Stormtrooper corps. But are they worthy of the spot in your collection? Read on to find out! 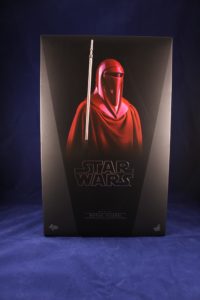 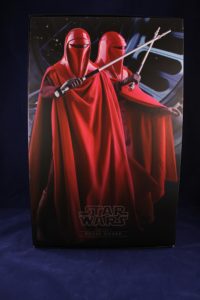 The Royal Guard comes single packed in a standard Hot Toys Star Wars figure shoebox style box. There is also an art insert showing the figure in an action pose, with another figure. Almost like it should have been in a two-pack. But that would be crazy, right?!

There’s honestly not a lot here. Several additional hands, a Force pike, and a basic stand. I do like the cupped hand since it is one of the most unique hands I’ve seen included with a figure. I would have enjoyed some hidden weapons you could store under the robes, like a pistol and/or vibroknife, both of which are canon in the newer novels. 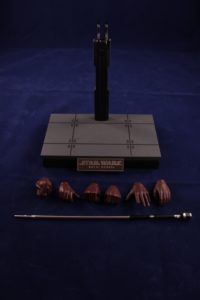 The Royal Guard seems to be a monochromatic figure with no details, but there are several types of fabrics and materials. The boots are a red faux suede, the pants and robe are maroon. The cloak is a two-tone material, the darker red is on the inner layer while the outer is a brighter red that comes close to matching the helmet’s primary color. The visor is translucent red and while you can see the outline of a face through it, there is no separate head. 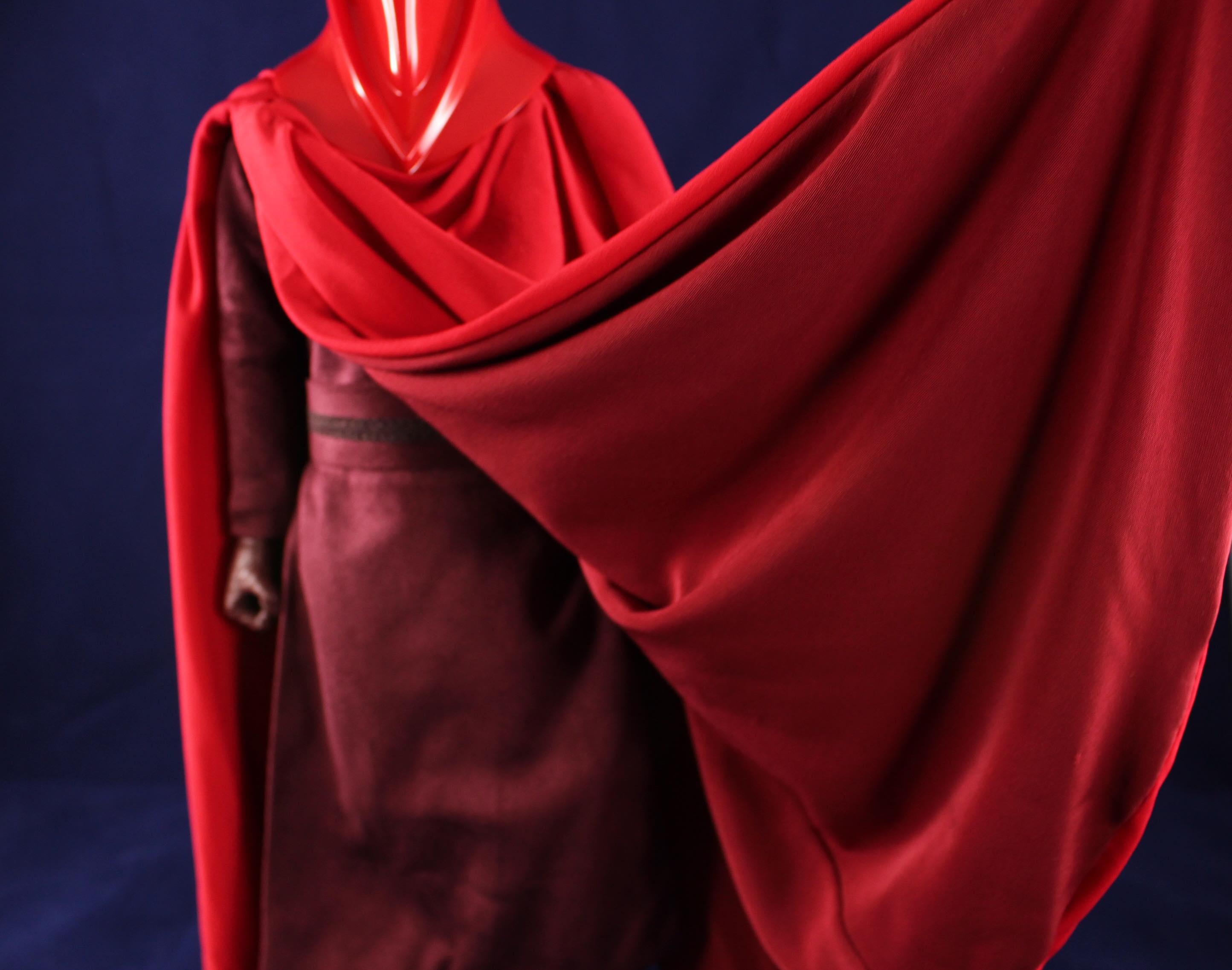 The Royal Guard is extremely posable with the exception of the neck. The Guard has double jointed elbows and knees. The outfit does not seem to be restrictive to any movement, though the helmet shape does prevent the head from turning or nodding. 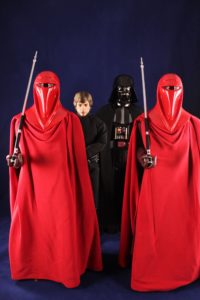 Before I can go any further, I need to decide how to grade this entry. As a single figure or as background decor? As a figure, the Guard does look really cool. It has a great presence and can get into some amazing poses. However, this is a Royal Guard. He’s not getting a shelf all to himself or anything. So is it just window dressing for your Imperials? Actually, yes, he is just decor. And to make the situation more tricky, you almost have to have more than one. In fact, I bought two. Add to that the fact that Hot Toys in their infinite wisdom did not make this a two pack option, and it’s hard to recommend for the price. Especially since there are not a lot of extra weapons or anything. I love these figures, but for $205 each, I have to recommend a pass unless you want to have some badass troopers in your collection.

I give this a 6 of 10, mostly due to the fact that to get the best use of the figure, you have to buy two, and you probably will need Vader or the Emperor to round out the display. 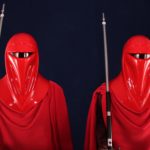 Kiki and the Killbot Review

Host of N is for Nerd | Producer and Co-Host of Nerds Who Get Laid, Sometimes.