Marvel’s baddest villain is coming in the form of a sixth scale figure from Hot Toys!

“Dread it. Run from it. Destiny still arrives.” – Thanos

The Avengers assemble again in Marvel Studios Avengers: Infinity War, and are brought face to face with the cunning, intelligent, and fierce warlord, Thanos, a ruthless cosmic threat consumed with saving the universe from itself. To stop him, the Avengers must join forces to bring down this villain who will stop at nothing to collect the six Infinity Stones.

Have you seen this:
Hulk, Black Panther, Gunslinger Spawn AND MORE: THE GWW PULL LIST

This astonishingly detailed collectible figure of the mighty Marvel Cinematic Universe supervillain will surely put a smile on your face when you add him to your incredible Marvel collection! 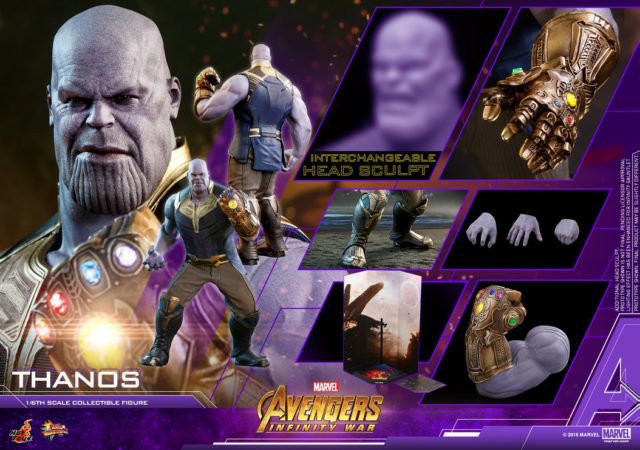 Check out the full Gallery below and be sure to Pre-order your Thanos figure at Sideshow Collectibles.