How To Potentially Rebuild The DCEU

The DC Cinematic Film universe is a mess. The DCEU (DC Extended Universe) had a failed start with 2011’s Green Lantern which was beyond terrible in pretty much every possible aspect. 2013’s Man of Steel opened to mixed reception but a decent box office in which the “DCEU” began. A series of

films for the main 7 of the Justice League were announced as well as for The Suicide Squad. Batman v Superman and Suicide Squad both were released in 2016 and both opened to abysmal reviews but hefty box offices. After 1 mediocre film and 2 flops the DCEU’s viability was in question, but Wonder Woman’s wild success proved there was hope. 2017’s Wonder Woman was both a critical and financial success. When the world needed it most, Justice League (2017) flopped, badly. The film was plagued with many issues and caused Warner Bros to lose its faith in the universe’s connectivity. Before Aquaman hit theaters, all films besides Wonder Woman and the currently in post production Shazam were placed on hold as Warner’s Brothers held its breath to see how the public viewed a post Justice League DCEU. Aquaman would then go on to be loved by fans and critics alike and become the highest grossing DC film ever. Warner Bros was reassured in its DC solo films and Shazam would go on to hit theaters and be loved by critics and fans alike. Shazam failed to gross over 365 million but was produced on a budget of around 80 million which admittedly isn’t a great box office return, but due to keeping the film’s budget low, it was still a very profitable venture for Warner Bros. Shazam was also released 3 weeks before Avengers: Endgame which stopped the film from reaching it’s maximum potential box office . Now the future of the DCEU is littered with solo films and sequels for B and C list heroes, but

the connectivity of the universe is seemingly shattered. The DCEU needs a reboot, whether soft or hard is the question though. While most of the universe works, much of it doesn’t, and what would be kept or simply rebooted is in question. In a “hypothetical” reboot situation, picking between a hard and soft reboot is its own challenge as each comes with a series of advantages and disadvantages. 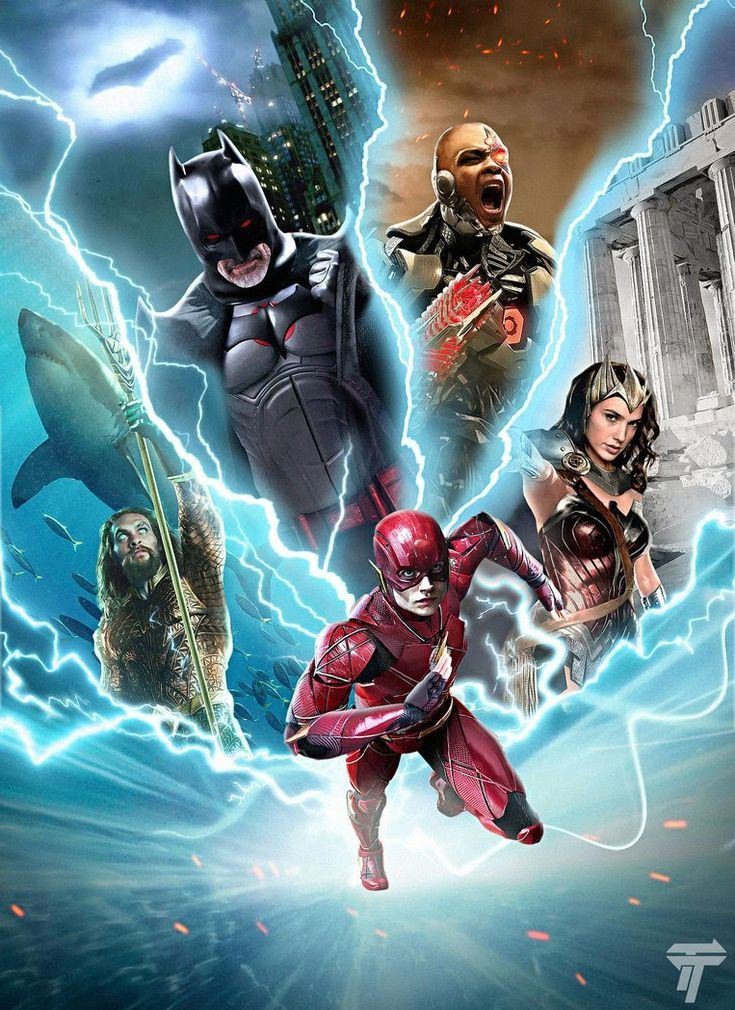 In a soft reboot of the DCEU, we could see a character like the Flash create some sort of time warping event similar to Flashpoint and simply erase or change some minor/major events and actors who no longer wish to be attached. Ben Affleck’s Batman could be easily swapped with Robert Pattinson’s as well as other actors like Henry Cavill could be wiped/altered if need be. A Flash film serves as the perfect way to get the universe back on track as it allows for the original Snyder timeline to be wiped from existence and keep what worked in that timeline while incorporating the new timeline. In this hypothetical soft reboot, the Flash’s reality warping event could show clips from previous films being wiped from existence and replaced with new ones with the current actors and new timeline overwriting the previous. This could mark a simple change in the timeline that common audiences could grasp easily.  In this reboot, we would hopefully see most of the main leaguers return except for Ben Affleck. Most of the main characters of Justice League still have yet to gain a solo film/trilogy. Henry Cavill’s Superman still has many stories to be told in this universe as well as Cyborg and Flash have yet to make their solo outing. We could hypothetically see a new, merged League make a reappearance in a new film all together, new and old cast. Most of the main actors of the original Justice League film are well liked and suit their roles well, however some are getting older and may not wish to be attached to the universe anymore which is why a Flashpoint film would serve as a clean, simple exit. The Flashpoint option is the least messy way to softly reboot the universe but the timeline could just be overwritten without any sort of explanation but this would be confusing to audiences. 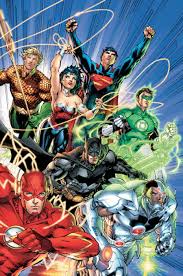 A hard reboot is no simple feat and would be the most clean way to start a new universe however the most painstaking and drawn out option. The most logistical way to start a new universe is to simply end the current one after the successful films run their course. Warner Bros should in theory take a few years off of making DC films to distinguish where the old universe ends and the new universe begins. At that point we could see a more Marvel Style approach to the new universe begin. Solo films for the main Justice Leaguers could unfold with new, young actors that will be attached for years to come. If this universe is to match Marvel’s success, Warner Bros should give DC their own film studio like Disney gave Marvel so that studio intervention no longer plagues DC films (as much as it has already). DC would also need a Kevin Feige type figure to oversee the universe and structure its future. In this hypothetical universe we could see trilogies/sagas for Superman, Batman, Wonder Woman, and the Flash become systemic event films similar to their Marvel counterparts with large crossovers in the new series of Justice League films. If done correctly this new universe could follow Marvel’s formula to make a successful universe of interconnected films. A DCEU built properly from the ground up could easily match if not surpass Marvel’s cinematic successes. The problem with a hard reboot is that it would mean that our current set of films and actors would be completely erased. It is of course possible that 2021’s The Batman is in fact set in a whole new universe completely separate from the current DCEU and that universe will slowly be built upon as the current DCEU ends its run. The Batman could be intertwined with the Green Lantern film, a Flash film without Ezra Miller, the slated Supergirl film (and hopefully later a new superman in that universe) as well as rebooted versions of Wonder Woman, Aquaman, and Shazam once their respective DCEU films run their course. The DCEU is no doubt in need of clear direction and as fans are left to wonder, what does the future of DC films have in store for us?

Have you seen this:
How Technologies Help in Overcoming Gambling: 3 Ways

In a world of constant reboots and confusing timelines the DCEU needs to be head to one clear direction. The DCEU needs and deserves a hard reboot. While much of the DCEU is great and the future is looking bright, the timeline is messy and confusing and will only become more so as time goes on. The concurrent film universe is currently in a post-endgame type scenario where most of the major heroes are gone/no longer a part of the universe. Whereas marvel has a plethora of minor heroes that can be made major characters, DC has the core 7 members of the Justice League that are almost always present in some form. Especially where the Trinity is concerned, but the current DCEU has no Batman or Superman really. The DCEU will never really be able to be a proper DCEU without the World’s finest being a part of that. The DC mythos deserves better and needs a clean reboot to begin anew and restart the universe. The DC characters deserve to be a staple of Cinema without studio intervention and with directors who truly care about the characters. It would be a shame to lose great characters like Zachary Levi’s Shazam or Gal Gadot’s Wonder Woman however a hard reboot is the easiest way to make it simple for audiences to understand as well as have a clear direction in the universe that general audiences can follow.  The universe would have likely rebooted itself after Snyder’s story had run its course but now, a reboot will be needed in order to let the universe reach its full potential. 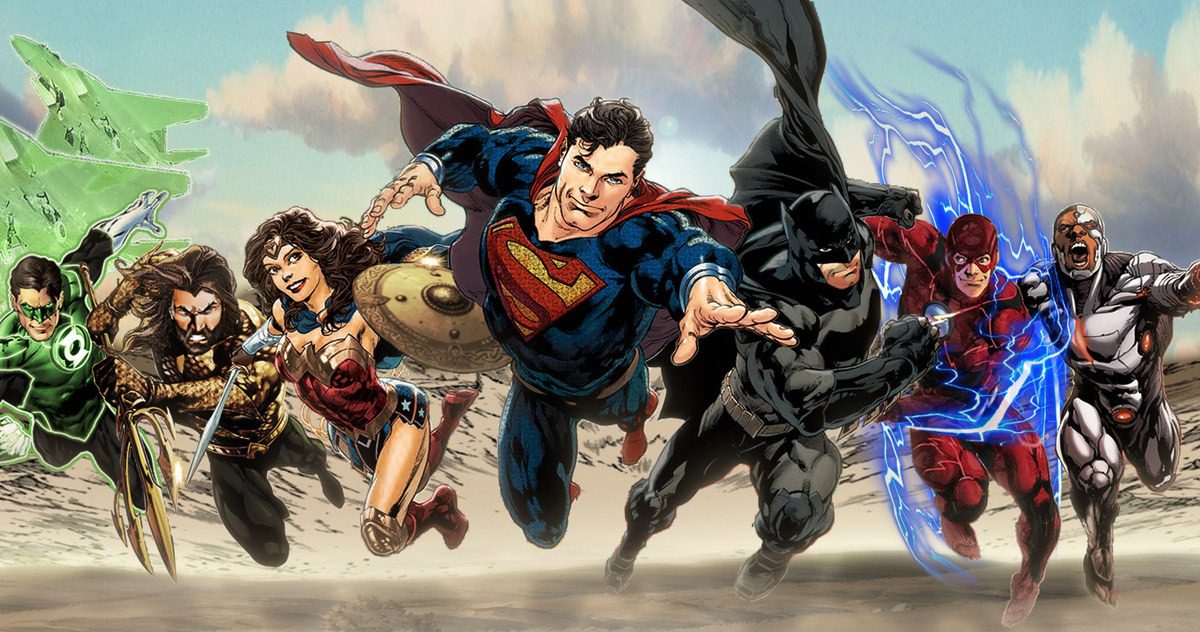