On Friday afternoon, Brian Foote delivered the goods from my old stomping grounds in Franklin, Tennessee. The former collegiate athlete came to play and brought with him a sledgehammer of information. The tenacity of repetition was evident with constant references of “putting in the reps”. This man speaks as if he doesn’t sleep.

Putting “the panda” to sleep

Foote acknowledged the recent onslaught of opinion writers that were displeased with a reverse split that reduced the shares 4 to 1. Journalists who embrace the philosophy of Ms. RightNow instead of looking for Ms. Forever piled on the criticism immediately. There are two types of investors in the world: short-term investors & those that understand generational wealth. I can’t lie, the psychology of the reverse split stung me pretty bad. I had a vision and I let the reverse split deter me from the end game. After a week of moping around the house and falling victim to the opinion of the writer using the nom de plume of Golden Panda, I put on my big boy pants and opened my eyes.

Foote took the express lane of becoming a publicly-traded company by merging with an existing OTC company. More often than not, that usually has the price tag of an astronomical number of shares. Foote has been reducing the number of shares consistently since he kicked the door open. The reverse split was a necessary action. What would stop a company such as Amazon, Apple, Microsoft from opening the checkbook and buying 51% of the available shares? How about Paypal buying a controlling share of HUMBL just to shelve it to preserve its company? All’s fair in love and war. Foote ensured that he will control HUMBL for a long time as well as pay for our grandchildren’s college education. CEOs have to make unpopular decisions at unpopular times. Foote has the “C” on his HUMBL jersey for a reason. 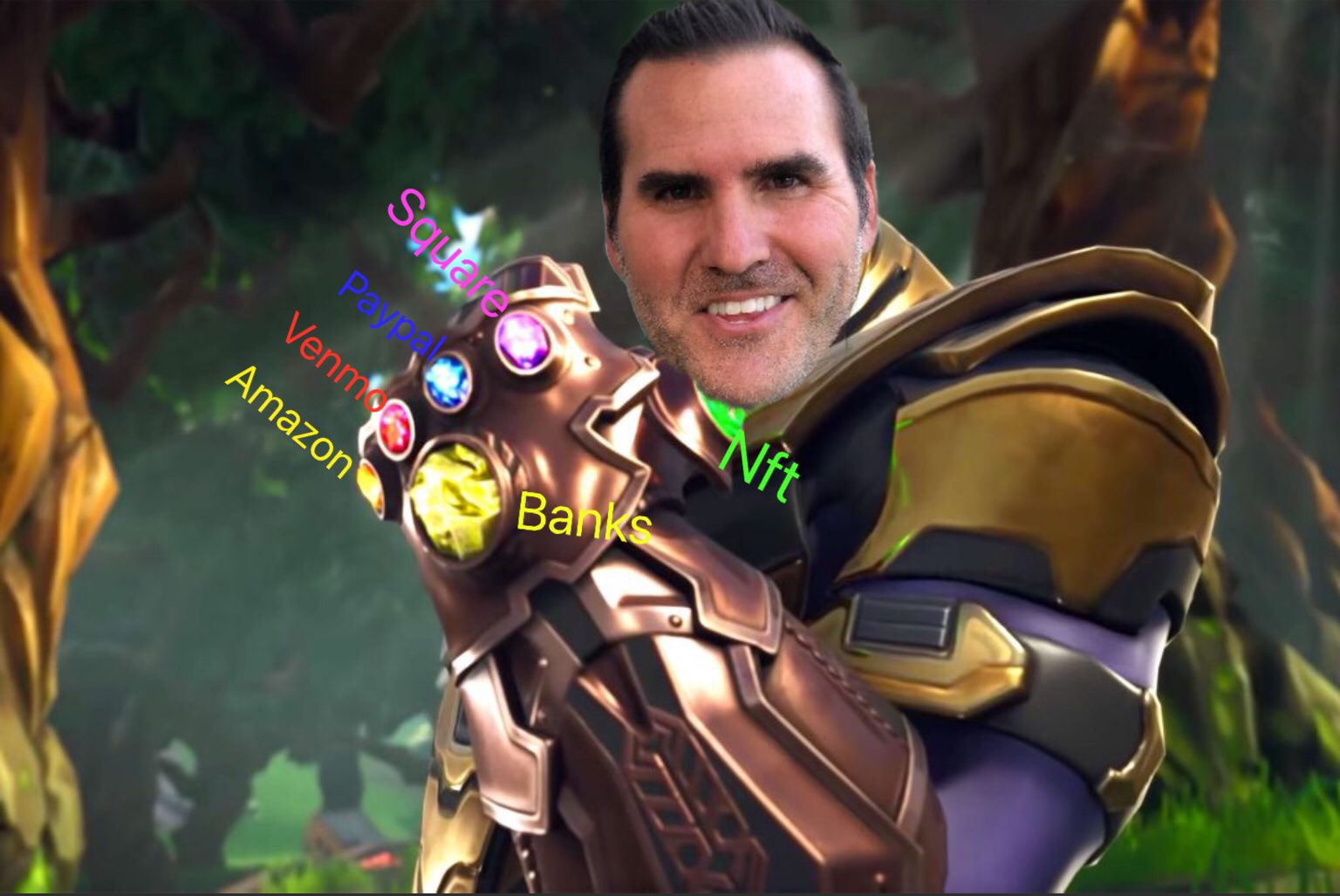 With the precision of Hawkeye’s arrow, Foote threw a laser at keyboard Karens and short-minded individuals with the following quote.  “We are not going to get there overnight. If that’s your need, then sell”. Let me make it clearer…The HUMBL bus is leaving WITH or WITHOUT you. Cost of the ticket? A buck fiddy. 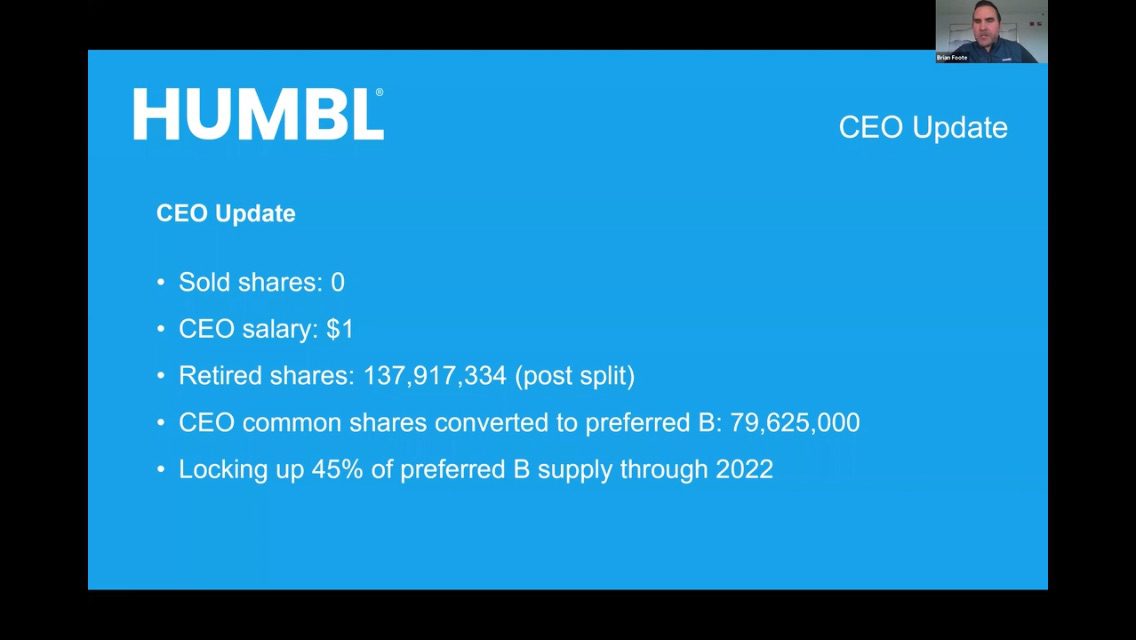 Foote took the bullet out of his detractor’s gun with the preemptive strike of presumed selling of preferred shares by insiders at the end of this year. He also stated there will be no more dilution and he would pay for future mergers and acquisitions out of his shares. If this were a baseball game, Foote would look like this. 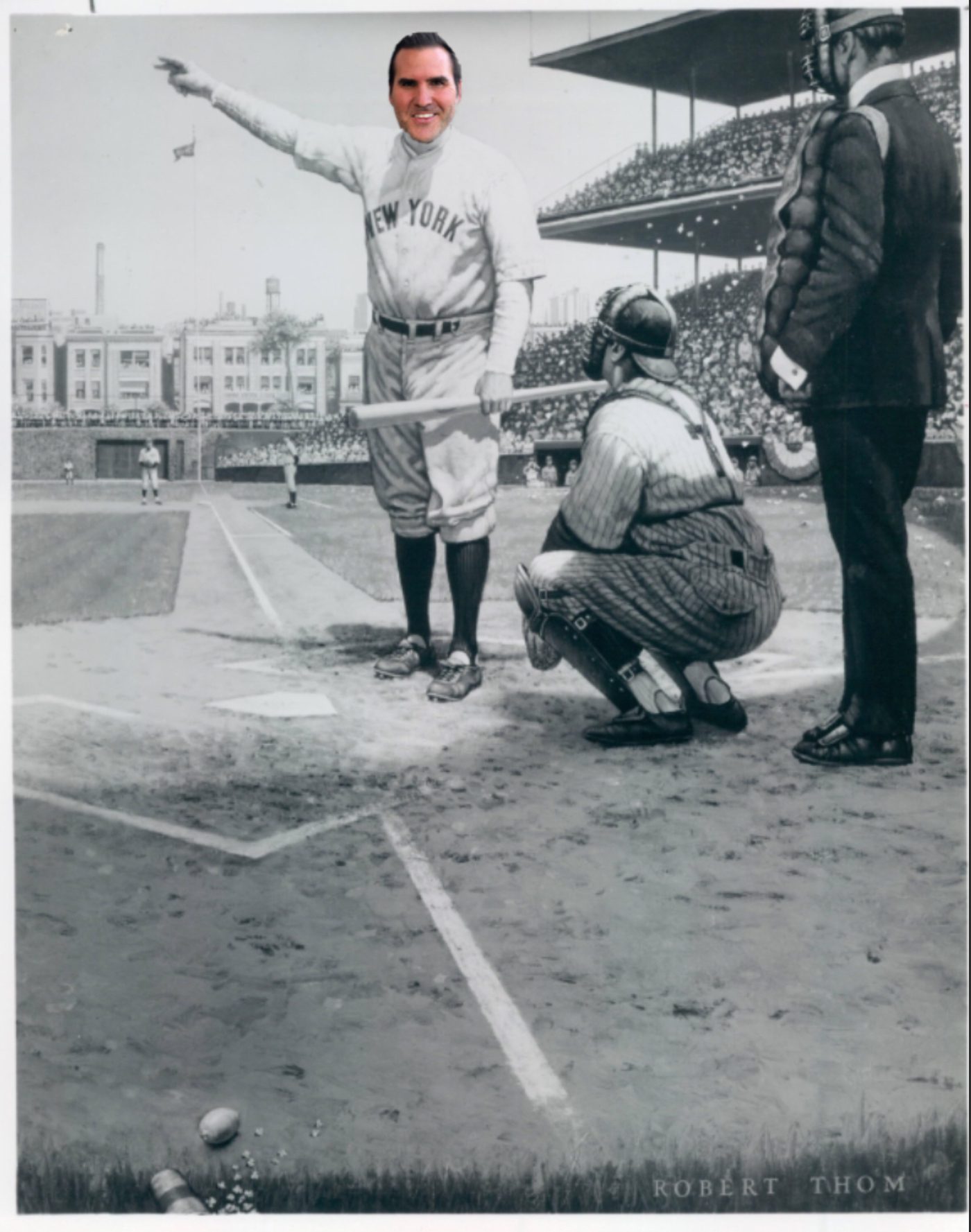 Foote handcuffed his employees by limiting their ability to liquidate their shares in the future. Putting shareholder value before the officers and directors of the company. 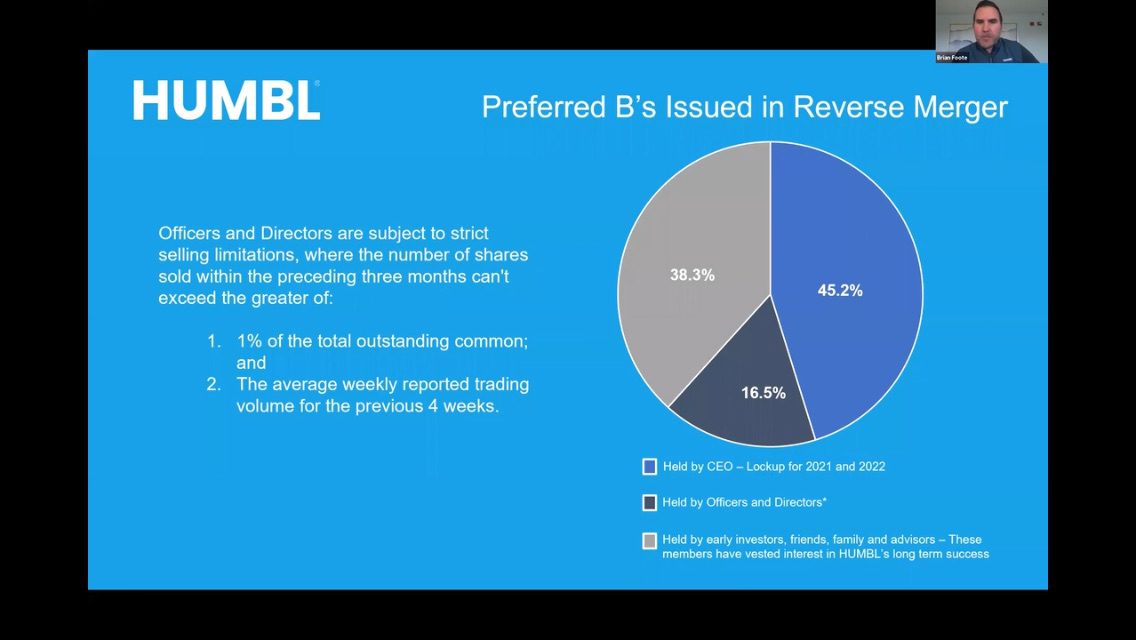 The blueprints of HUMBL appear to have originated from the fundamental principles of Alipay, Alibaba Marketplace, and ANT financial. It’s been estimated that ANT financial would have made 280 billion dollars this year. China cracked down on the company with the declaration of a monopoly. Any company with 50% of the market is met with extreme resistance in China. Fortunately for us, we live in a land with a little more freedom. 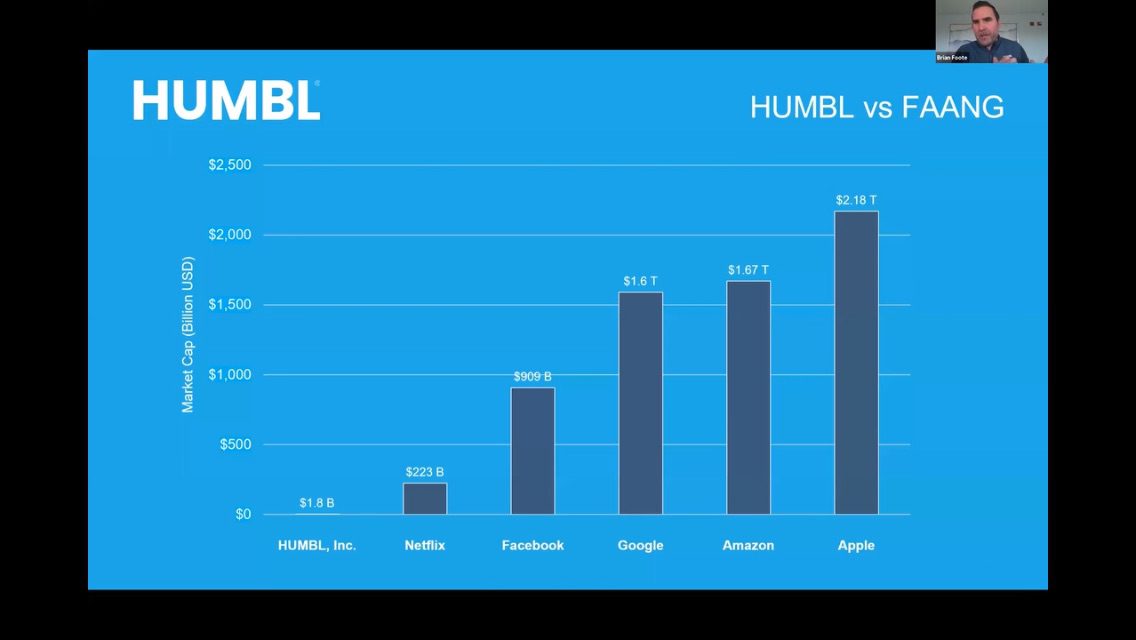 Foote has graciously invited you into his house. He is quick to share that “The app is the studs of the house. Give us some time before you criticize the wallpaper.” While still in its infancy, HUMBL PAY is modularity built to serve different regions in different ways. HUMBL is the highway your smartphone will drive on. Another potential announcement of a merger & acquisition would be acquiring a delivery service. Foote stated he is looking to acquire an affordable, well-networked delivery business to utilize their grids and maps.

What could HUMBL do with a delivery service such as Uber, Lyft,  Uber Eats, DoorDash, Grubhub, or Postmates? This appears to be the final piece of the puzzle for the short term. Search and buy your concert tickets. Summon your ride. Scan in the ticket. Buy your merch & food. One App to rule them all. When this app is fully functional and firing on all cylinders…HUMBL will have trashed a multitude of memory gobbling apps in your smartphone.

The possibilities are endless with Foote’s vision. What three-letter acronym sets fire to keyboards and tablets across the world? N.F.T.  HUMBL acquired a massive presence in the creative space with their acquisition of Monster Creative. If you’re into pop culture or Science fiction, chances are you have seen some of their advertising work. The creative arm of this company will have a direct relationship with many artists and professional sports leagues across the world. Premier leagues and legendary players and musicians will have a one-stop shop for creating and monetizing amazing moments in their careers. 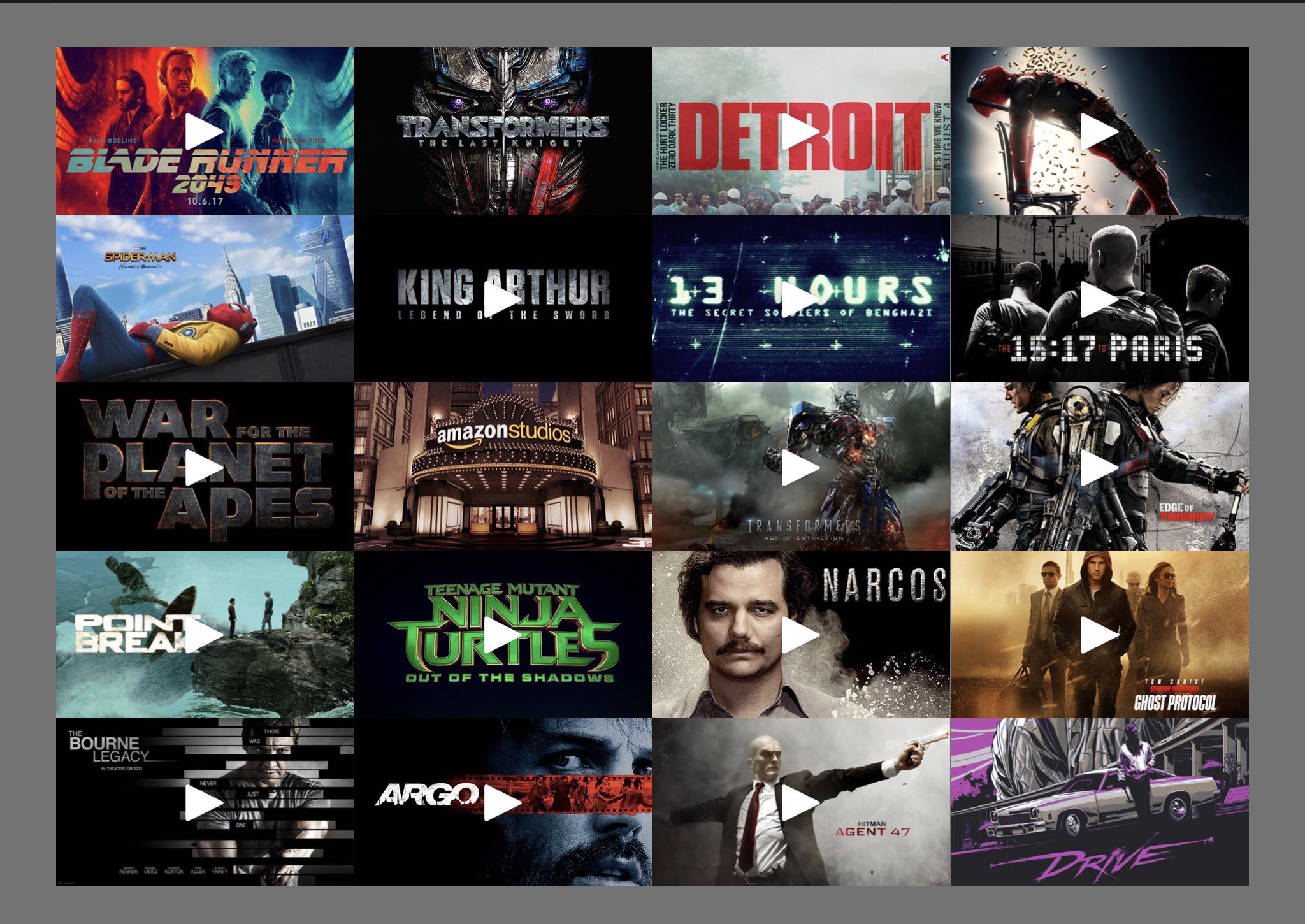 Foote noted that the purchase process of NFT’s has room for improvement. HUMBL is dabbling in auctions and pricing improvements to utilize credit and debit cards for NFT purchases.  Ethereum purchases are usually accompanied by one-stop-shop high GAS fees.  Comparisons were made between Expedia and other online options to purchase a plane ticket. HUMBL’s NFT Gallery will provide the same service for NFT’s. 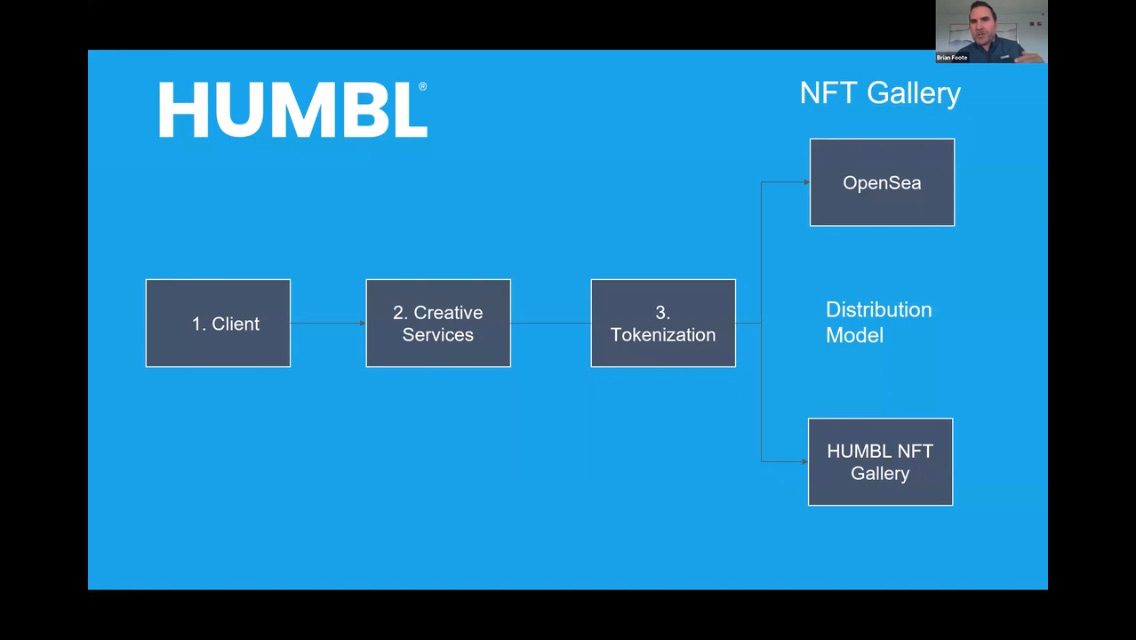 Foote notes that TICKERI achieved 1M in growth ticket sales over the last 30 days rolling period.  A quick visit to Tickeri’s website shows 22 major cities in America have events scheduled. The true excitement comes and the very bottom of the website. It appears the following countries are in the on-deck circle: Canada, Puerto Rico, Mexico, Peru, Colombia, and Chile. TICKERI has also seen an increase in ticketing by 33% over the previous 30 days.  TICKERI is said to be rapidly approaching pre-COVID levels with many venues and bands getting ready to start their summer tours over the next few months.

HUMBL has committed to providing audited company financials quarterly. They intend to be trading like a blue-chip company and are acting like it now. 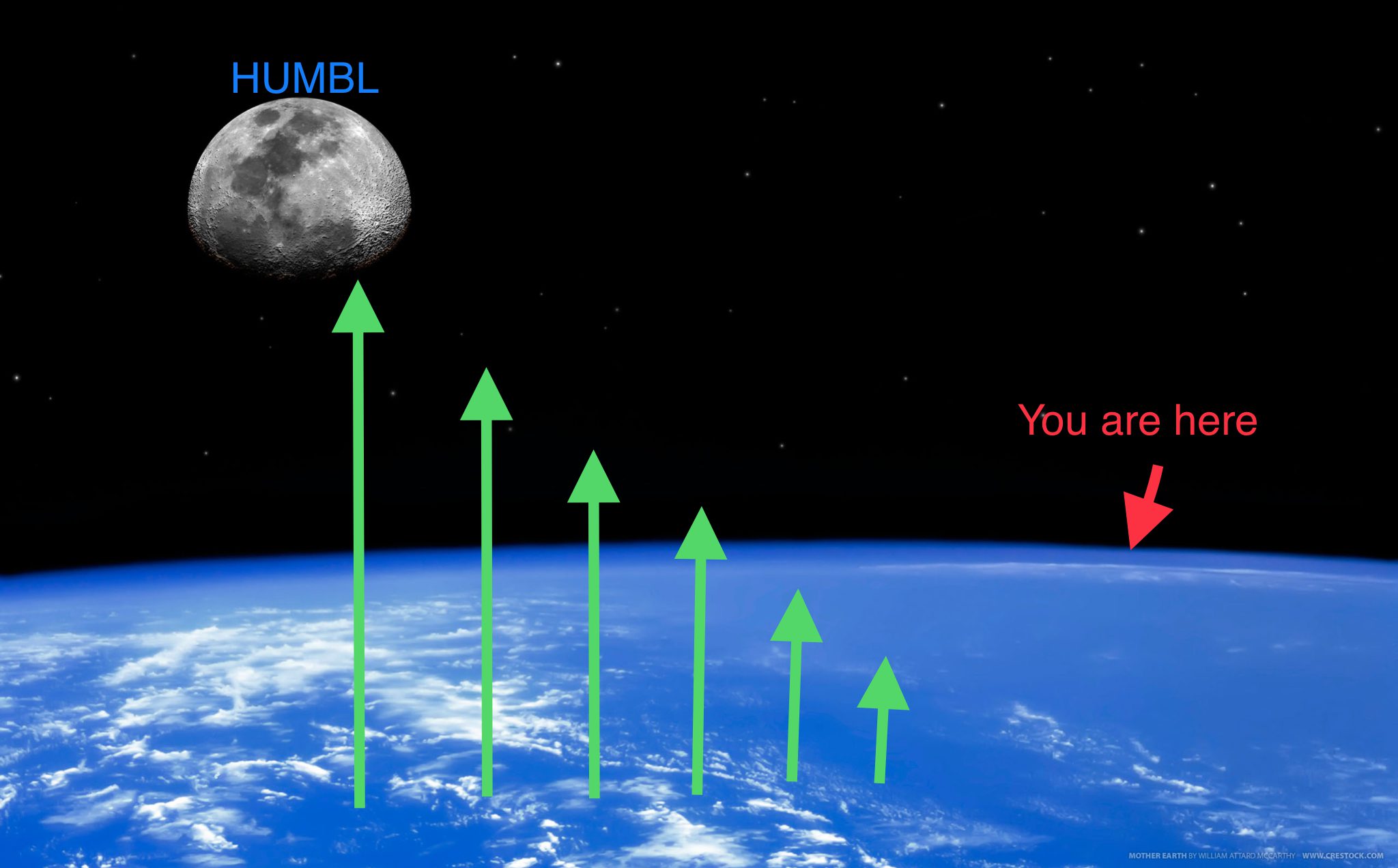 Listen to the call yourself here.