Implosion is a GEM on the Switch eShop.

Since I bought an Android phone earlier this year, I have frequently looked through the Google Play Store to see what games are popular and perhaps, worth playing. Each time, I came across Rayark’s Implosion: Never Lose Hope and each time, I felt like it was calling out to me to play it. But the idea of playing this sci-fi hack-n-slah with touch controls was a huge turnoff for me.

I’m glad I waited to play it, and additionally, I’m pleased that it came to the Nintendo Switch with its mobility and actual sticks/buttons control. With that being said, I have been playing it for about 10 hours over the past several weeks and I’m delighted I purchased it. 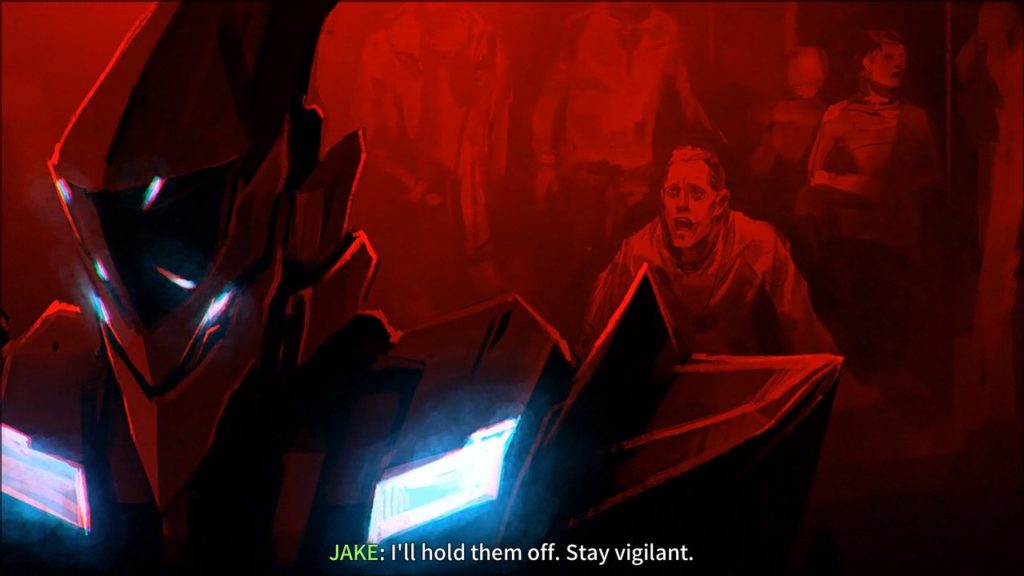 The story of Implosion is that in the late 2170s humans have fled the Earth in light of losing a battle to an invading alien race, the Xada. Players take the role of Jake, a human who has been tasked with returning to Earth in a samurai-like mech  and finding way to defeat the Xada - giving humanity hope of reclaiming its rightful home.

The story is told with vibrant and stylish hand drawn cut scenes complete with voice acting. Believe it or not, the voice acting is pretty good. In fact, it’s better than a majority of what you hear in big-budget AAA games.

As has been seen with many hack-n-slash games, Implosion‘s combat controls are simple. The mainstay of combat mostly focuses on chaining together high-hit combos. With a faster weak attack button and slower strong attack button, completing different tap patterns and mixtures of these attacks unleashes different kinds of maneuvers - from a dazzling sword-tornado attack to a powerful ground-slam. 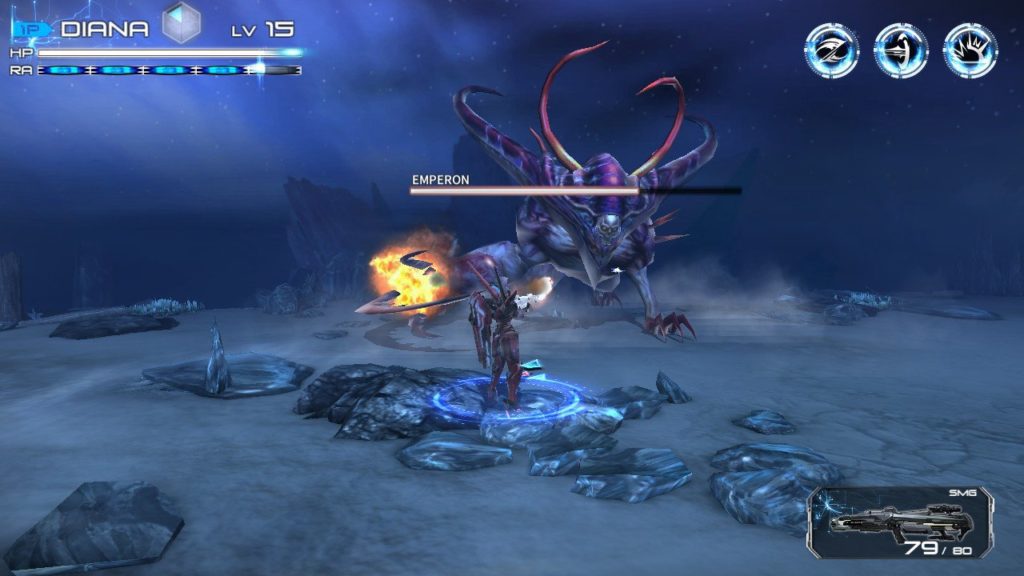 As players move their mech throughout the game’s levels, they have a variety of attack abilities that can be unlocked by that suit’s various combat purposes. And while it sounds plain and simple, it was fun playing around with different attack combos to figure out what tap-patterns trigger which attacks.

For a game developed on the Android/iOS platforms, there is a surprising amount of depth to Implosion. By defeating enemies and completing certain tasks within levels, players earn experience and money. That experience makes the mech-armor stronger and faster, but money can also buy you upgrades to further enhance that mech. 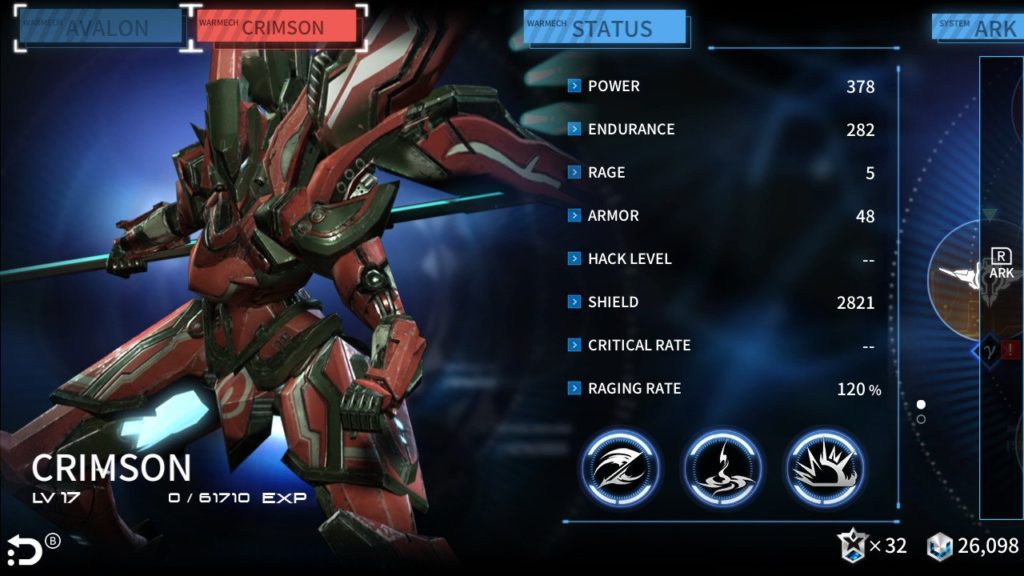 Enhancements bring an interesting dynamic in that nearly every enhancement will also result in a drop of another attribute. For example, an improvement in shields will result in a decrease in armor strength, or making ballistic weapons stronger will cause the mech’s speed to decrease. This helps keep the suit from just becoming all-powerful and forces players to figure out a play-style that is tailored to them.

If there is a flaw in this game, it’s in the overall visual quality for the game. At best, this game has a PS2-level of graphics. While on a smaller smartphones, the visuals don’t matter as much. In fact, it looks better than most iOS/Android games. But when you compare it to other games on the Switch, it looks a little ordinary. The monster/enemy variety is great and their grotesque nature is fantastic, but you’ll have to forgive things like graphics and repetitive assets showing up throughout levels.

One final thing that I found to be a welcome feature is that there is an additional campaign that allows another of the game’s protagonists to be played in their own journey. It also features cutscenes and voice acting, along with a new style of combat, swapping swords and melee combat for guns and grenades. This allows it to feel less like a copy-and-paste campaign and more like a fresh approach to combat.

All in all, Implosion is a great game for its $13 price tag. For me, I enjoyed it most in handheld mode and its bite-sized levels allowed me to fill up downtime. There’s an interesting story, great combat, actual depth, and while it looks dated, it isn’t exactly an eyesore. Implosion is definitely worth your time.