Lab Zero Games, developers of the hit fighting game, Skullgirls, have proven that they have a knack for producing gorgeous hand-drawn character sprites. Their upcoming sophomore title, Indivisible, is taking those skills and applying them to the action-platformer genre. For anyone who has been following the development of this game, you may be aware of the free-to-download prototype of the game that was made available during the game’s crowd-funding campaign. While this early version was pretty light on features, it served as a wonderful glimpse into what the devs were envisioning. Just this week, an updated version dubbed the Backer Preview, was made available to the supporters of their IndieGoGo campaign. One look at this new iteration makes it instantly clear that this game is evolving into something truly spectacular. The characters look crisper, the animations feel smoother, the environments look more robust and the combat mechanics feel significantly more solid. We also get our first taste of the amazing new score, composed by the legendary Hiroki Kikuta. 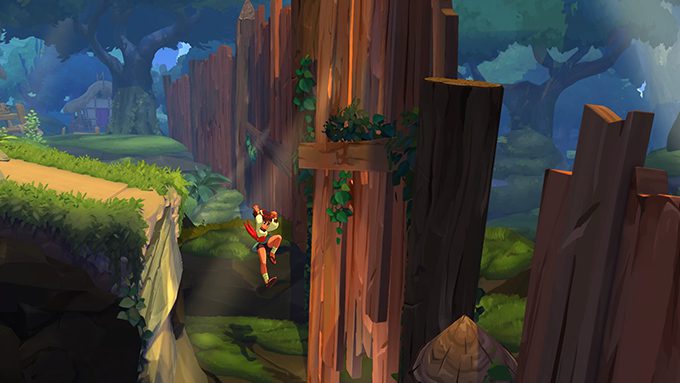 As tomboyish fighter, Ajna, the whole world is yours to explore.

The gameplay in Indivisible is separated into two distinct modes; exploration and combat. As you traverse the expansive world of the game, you will find each area is littered with secret areas and hidden collectibles. Your platforming skills will definitely be put to the test if you hope to explore every nook and cranny. When coming into contact with the various enemies roaming the land, the camera will zoom in and the game will enter combat mode. In this mode, your full party will appear to aid you in battle. You can have up to four party members and each one’s actions will be relegated to a respective button. As time passes, action orbs will slowly fill up for each character. By expending an orb, you can initiate an attack or a special action unique to each teammate. As your party gains experience, they will unlock additional action orbs to allow for attack chains and team combos. When being attacked by an enemy, your action button will allow your character to defend. Timing your block well will result in further reduced damage or a chance to cancel a grab. 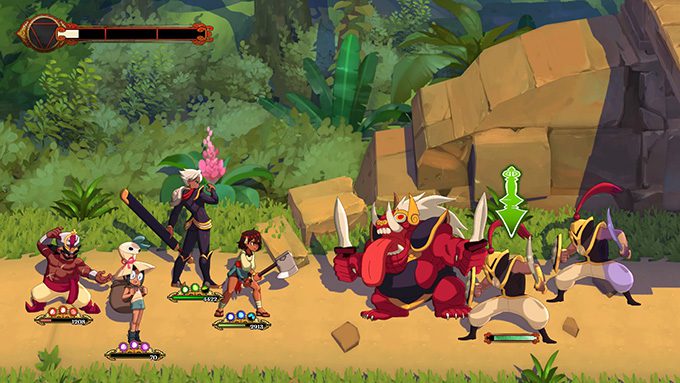 Ajna and her friends square off against some nefarious foes.

A successful battle will earn your party experience points towards their level. When leveling up, characters will gain more health, increased defense and enhanced abilities. By uncovering secret areas of the map, you can obtain hidden items which can be used to power up your party even more. As you progress through the game you will gain access to different weapons and tools which will allow you to access areas that were previously inaccessible. While this means having to do a bit of back-tracking from time to time, the simple joy of running and jumping through the environment keeps the whole experience feeling very enjoyable. All in all, the Indivisible Backer Preview offers about one to two hours of content. While this build doesn’t offer much in the way of story (an intentional move by the developers in order to avoid spoiling anything), the fantastic visuals and action-packed gameplay will put a smile on your face and leave you hungry for more. If you didn’t pledge to the campaign, you can still do so right now and gain instant access to this new build on the platform of your choice. 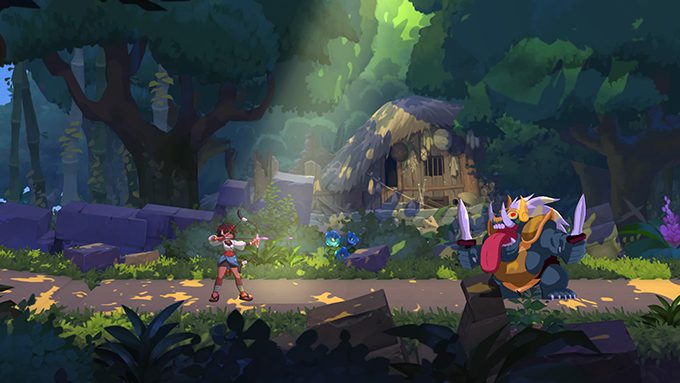 Ajna’s bow and arrows can be used to damage enemies prior to initiating combat.

Indivisible, the newest game from Lab Zero Games, will be releasing in Fall of 2018. It will be published by 505 Games on Steam for PC and Mac as well as digitally and physically on Xbox One, PlayStation 4 and Nintendo Switch. You can follow along with the game’s development on their website or on Twitter.